October 15.  Time to leave Minnesota, it is getting cold! 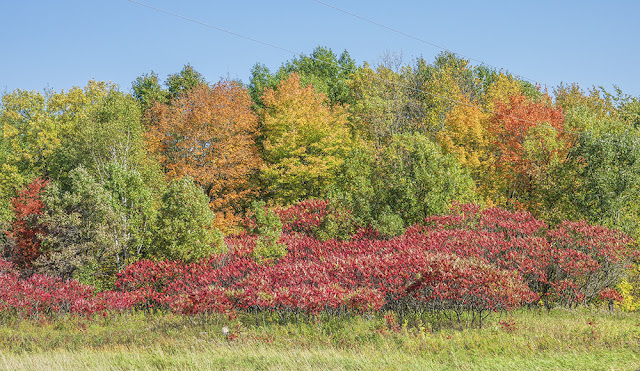 I sure have enjoyed the fall colors. 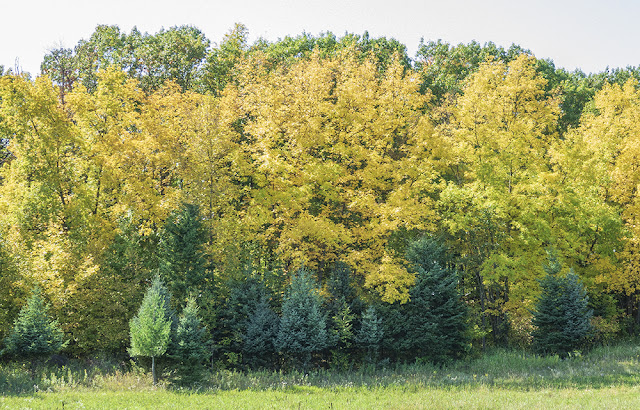 We took several "Peeper" drives. Pretty trees were not all we saw. 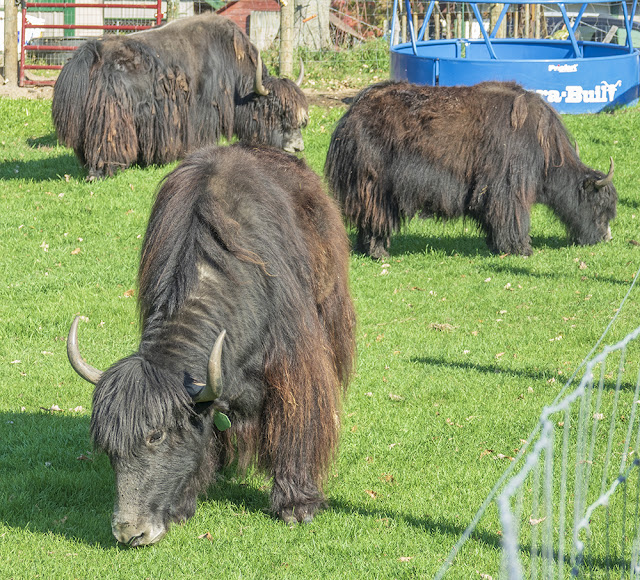 We were surprised to see these critters in a small pasture. 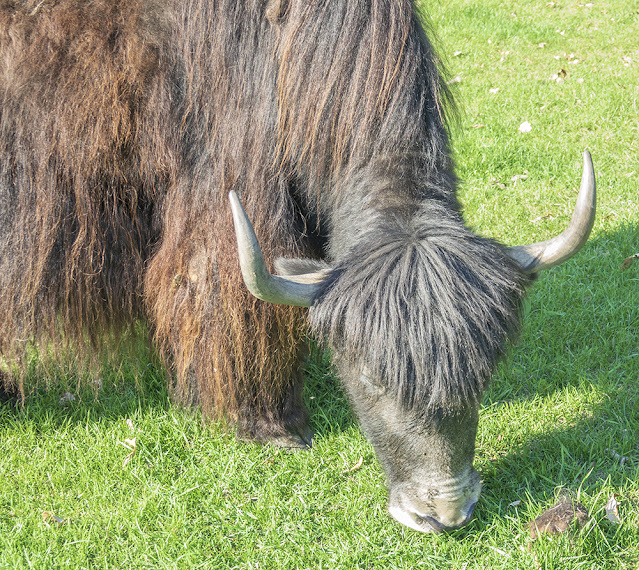 I wonder what they were. Based on pictures on the internet, I think they were yaks. 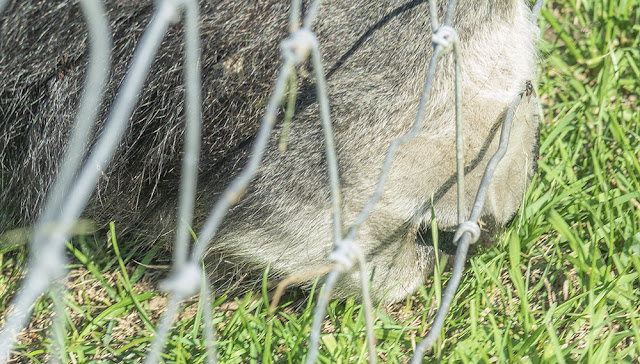 One of them was not satisfied with the nice grass in the pasture. He or she worked very hard to eat the grass as close to the fence as possible. 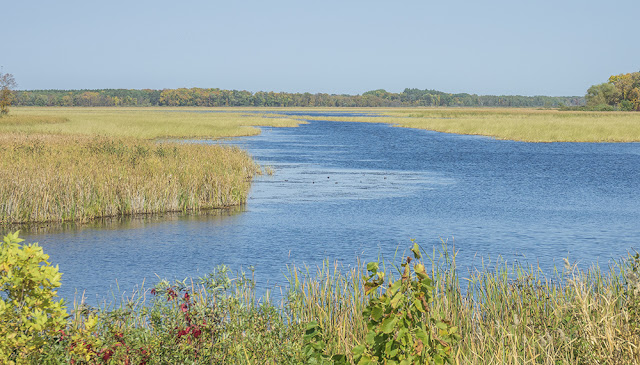 Minnesota is the land of 10,000 lakes. This was one small one. Maybe it was just a pond. The tall water grasses waved gently in the breeze. 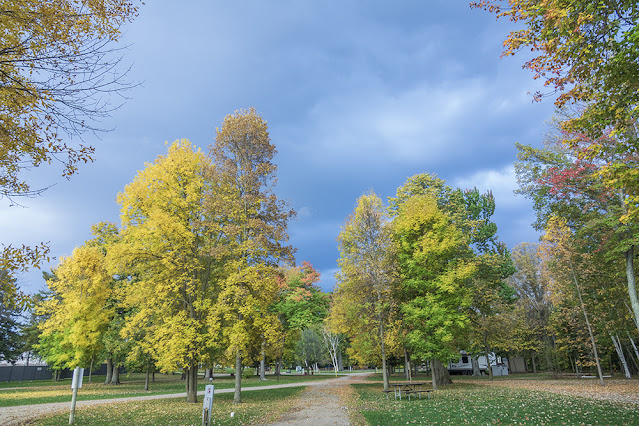 The RV parks seemed to be telling us it was time to head south!  We stayed at Pete's Retreat for a week, up to October 1 when it closed for the season. 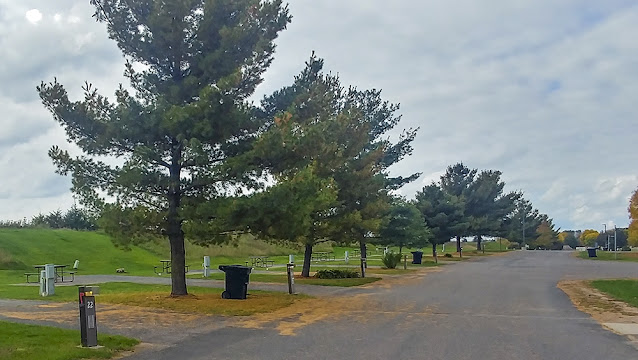 Many of the days were quite blustery with threatening clouds. This park, the Grand Casino Campground in Hinckley Minnesota, had shut down large areas. 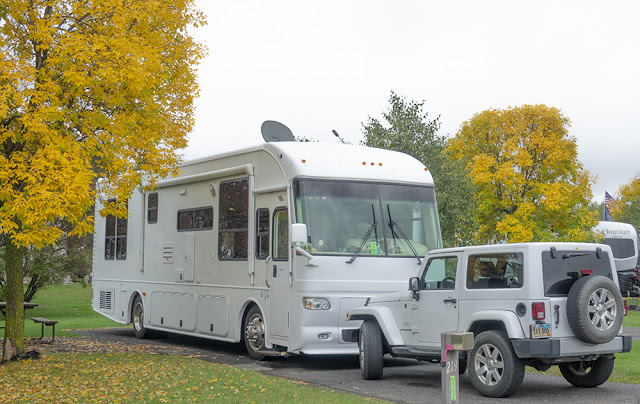 The section we stayed in had only a few rigs.

Next we stayed at Lake Elmo, a small county park, and then at Dakotah Meadows Casino Campground near Minneapolis.

We enjoyed the beautiful fall color all around, but didn't do much walking because Craig was having trouble with his hip.  He is going to have it checked out when we get back to California.

While at Dakota Meadows we drove into the city to see the Van Gogh Immersive Exhibit. It was a wonderful experience. The still pictures below cannot express the full impact of the exhibit. 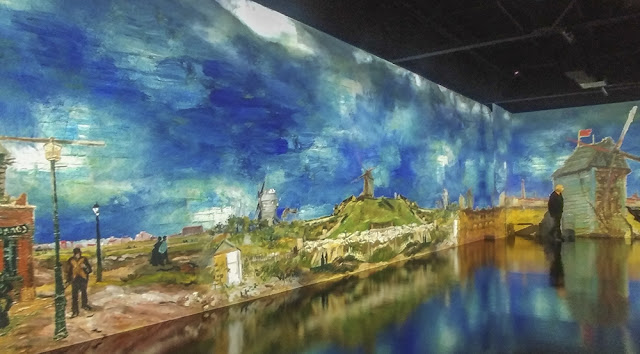 There were two galleries; both had the same show. All four walls formed a continous screen. If you looked carefully you could see the screens were broken into repeated images but were blended perfectly. Van Gogh's work is all about light and movement. This projected show was made up of many layers of images from his paintings. They moved and changed and were accompanied by a fantastic sound track.

In the first gallery (above) everyone either stood  or sat on the floor for the half hour show. 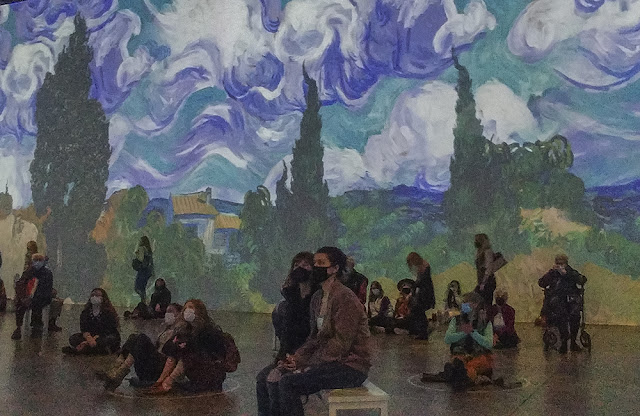 In the second gallery there were several benches. We stayed and watched the show a second time after scoring a bench the minute someone else left it. For our old bodies, it was nice to be able to sit. 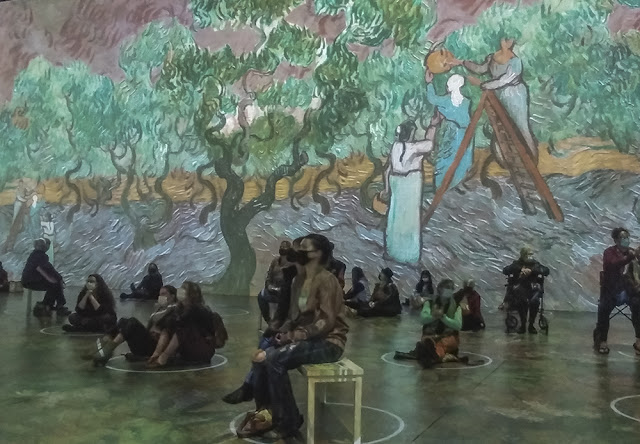 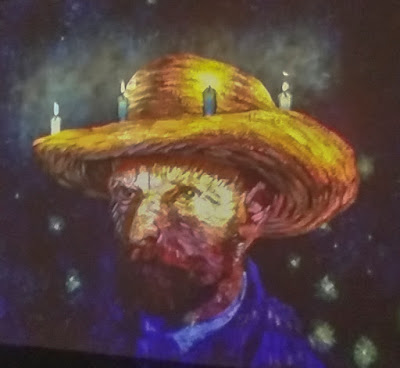 Several of Vincent's self portraits appeared throughout the show.

This was my favorite. The flames on the candles flickered as if they were actually burning.

At one point I said to Craig: "This would really blow Van Gogh's mind!"

I appreciated the fact that everyone was required to wear a mask in the galleries. Not "recommended",  "required!"  Throughout our summer travels, we have met people who were not vaccinated. I am not afraid to ask, and if someone tells me they are not vaccinated, I just move away and don't continue any contact with them. The case numbers are going up in Minnesota, but at most stores you see very few people wearing masks. We do.

This last week we went to a CVS and we both got our flu shots. A few days later I got my Pfizer Covid booster. Now that it has been approved, Craig will get his Moderna booster next week. All we can do is take care of ourselves.

So now we are in Iowa at an almost empty state park in Clear Lake for three nights. The trees are just starting to turn here, but the temperatures are going down. Autumn is truly my favorite time of the year.

[Update from Craig] Older rock fans might call Clear Lake IA "the place the music died".  In 1959, Buddy Holly, Ritchie Valens, and "The Big Bopper" J. P. Richardson were killed in a plane crash near here.