What to do on Hot Days in Moab

The National Weather Service forecast much higher temperatures here for Sunday through Tuesday. So we decided we have done enough hiking, and it was time to find some cooler activity.  What better than a three-hour jet boat ride down the Colorado River?

I collected a number of brochures from the local racks and decided the three hour tour offered by Canyonlands by Night and Day was the best choice for us.

The cost, $89 per person including taxes, was on par with the other companies offering similar trips, but their boat looked better. Covered from the sun and open on the sides with an aft deck for aggressive photographers. Our driver and guide was cheerful but not tiresome, a local guy that kept us smiling without overdoing the trite jokes. 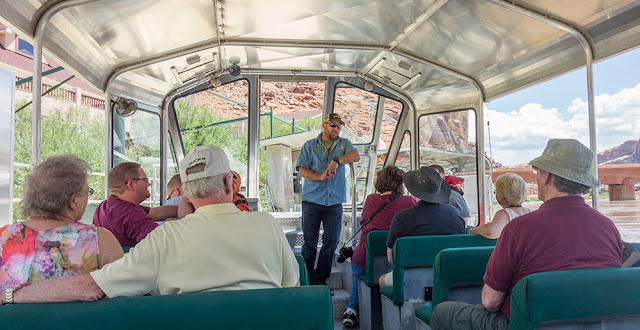 We were not alone on the river. The folks below were equipped to take a much longer ride. Raft trips can span many days with camping at night. We saw at least one other raft that appeared to be part of this party.  We saw them at our hour-and-a-half turn around spot. Our guide said that one hour on our boat equaled almost a day on a raft, and that he had seen the same raft up river on his morning run. Without that umbrella the sun would be brutal! 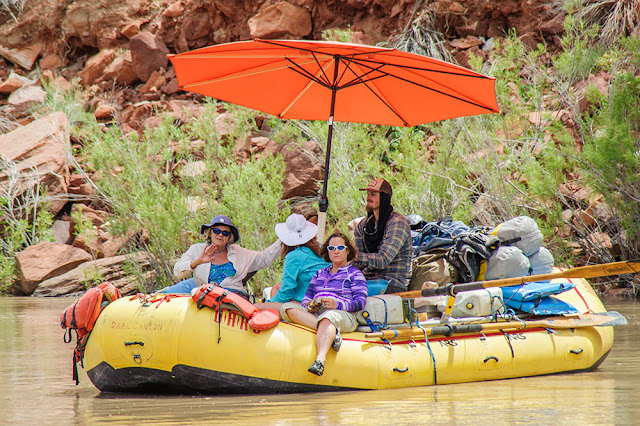 It was neat to see Dead Horse Point from below, when we had walked to it several days before.  Dead Horse Point is the right end of the large rectangular butte on the right. The expanse to the left is close to the West Rim Trail that was the second half of our hike. 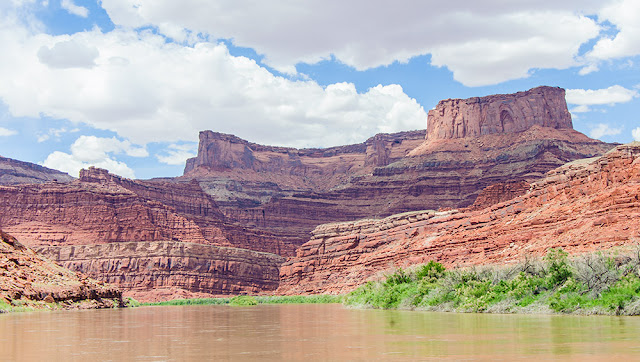 Our guide said there were many versions of the story about horses being left there to die, but that none of them were true. As a local, he said there is an area of white rocks below the point that looks like a large ghost horse, and it is this that gave the place its name.

Once again, so many fascinating red rocks. Do you see the Lazy Boy recliner? 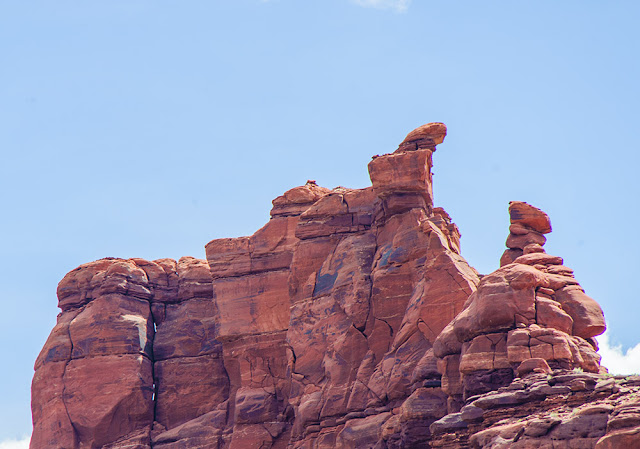 The sand stone has so many textures and layers. In some places it looks like it could crumble away in a single storm. 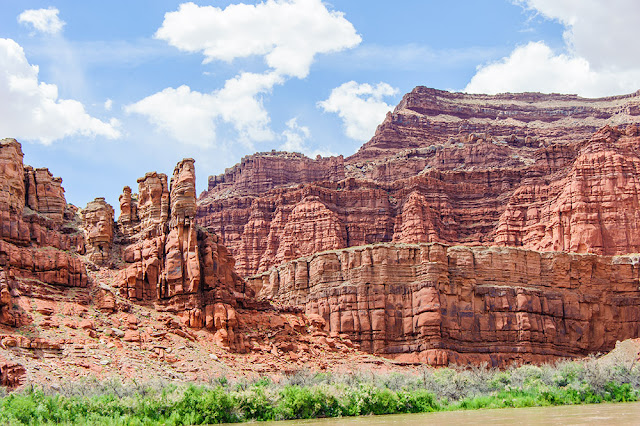 These are quite smooth and rounded.  They are like the formations that Arches NP calls "petrified dunes", but the river has cut through them. The streaks of dark color are called rock varnish. 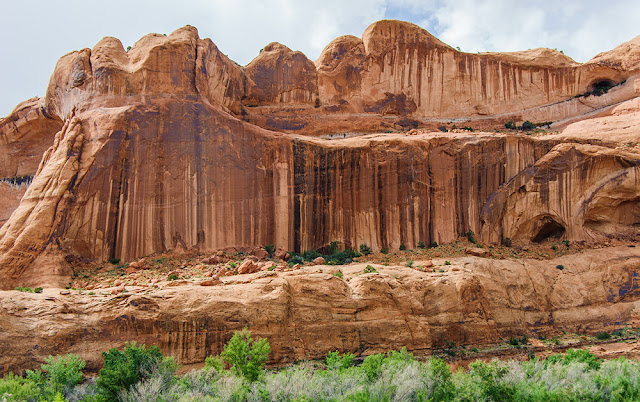 These 1600 year old petroglyphs were at least twenty feet above the ground level. I asked the guide how "they" had reached so high and first he said: "Indians in Moab were really tall".  Then he told us there had been sand and rock below that had been removed when the road there was made. 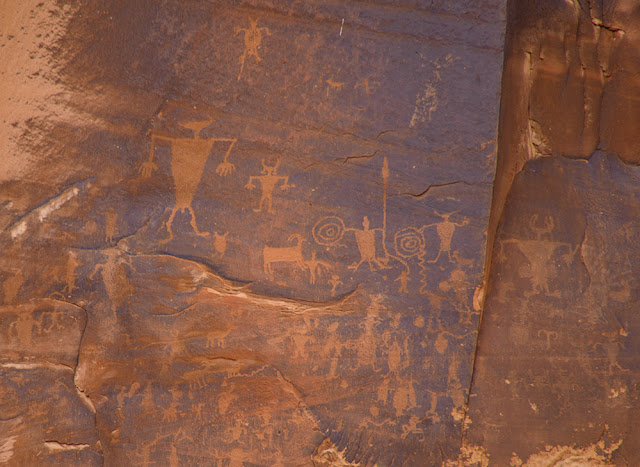 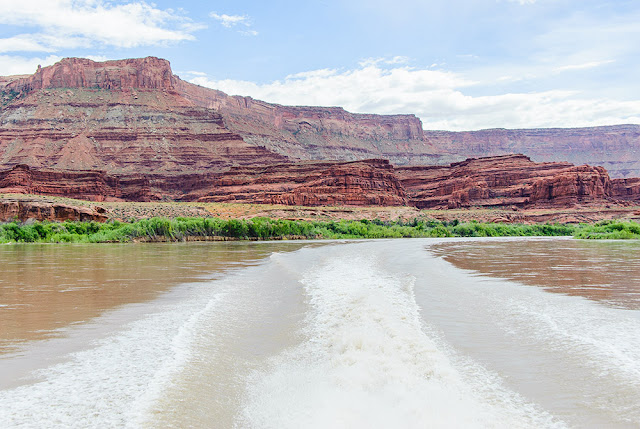 The end for today, but check back, there are more hot Moab days  coming up.