Last Atlantic Beach and the next few stops on our journey

We needed to visit Rhode Island and Connecticut to fill out the East Coast of our RV "states" map, leaving only four more to go to complete the 48 contiguous United States. So we spent Labor Day weekend at Worden Pond campground in Rhode Island. It was an odd stay, since we were aware that Hurricane Hermine was working its way up the Atlantic coast, and we were wondering if it would affect us at all. 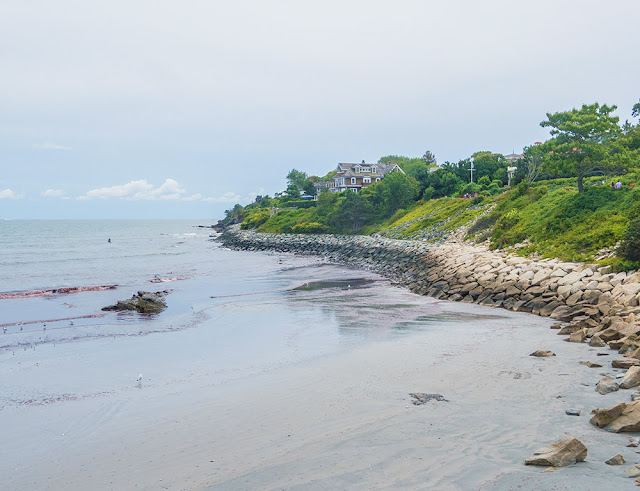 On Saturday we went over to Newport Beach. It was our last visit to the Atlantic Ocean for this trip. The weather was fine. The skies were partially cloudy and there was only a slight breeze.

We walked along the Cliff Walk, which is a paved public path that goes along the rocky shore edge behind some of the big mansions of Newport Beach.


These are just two of the "summer homes" that we passed.

The hurricane never did cause us any problems. We had one night of heavy rain, but we have experienced much worse. Our drive across Connecticut to our next stop went smoothly after a slightly wet start.

The next stop was Cooperstown, NY to visit the Baseball Hall of Fame. 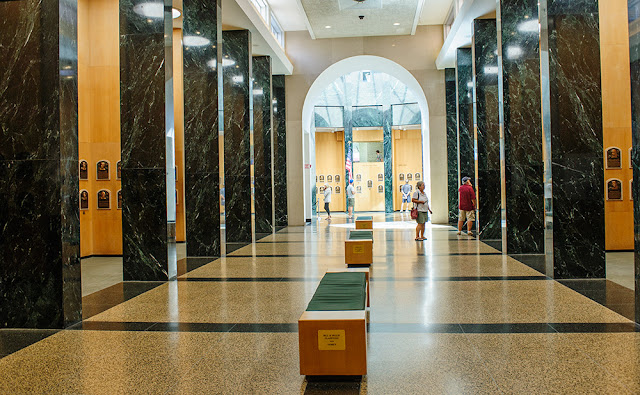 [From Craig]  This is the actual Hall of Fame, containing a plaque for each former player who has been admitted, from 1936 to the present.  As I worked my way around, I found that I remembered many of them and had even seen quite a few play.  Reading their plaques was a wonderful experience in recalling the 62 seasons that I have followed.

I was surprised to find that the San Diego Chicken had been admitted to the Hall of Fame.  This pic is for our Padres fans...


Craig enjoyed reading all the script in the display cases. After one floor I went out and read a book on a park bench. 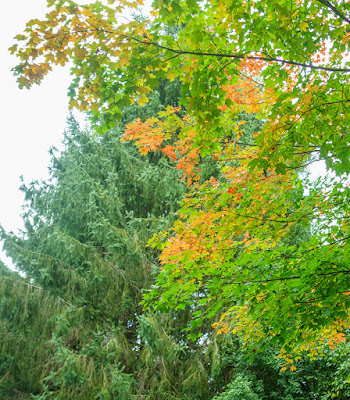 The colors of autumn are starting to appear on some of the high branches of the trees. We will be long gone from this area before the high color season is in full swing, but I can imagine how spectacular it will be. I always enjoyed the fall color when we lived in Wisconsin. I guess this is a good reason to head back this way sometime in the future.

Our next stop was a two day stop at a park  in Eastern Pennsylvania  that was half way to the next attraction we wanted to see: Frank Lloyd Wright's Fallingwater.

We are in no hurry, and find that a drive of about two hundred miles is quite comfortable. Three hundred is our preferred limit, but we have driven farther on occasion. For example, in October, when we are driving across Texas, our mile limit will be based on endurance, not attractions. 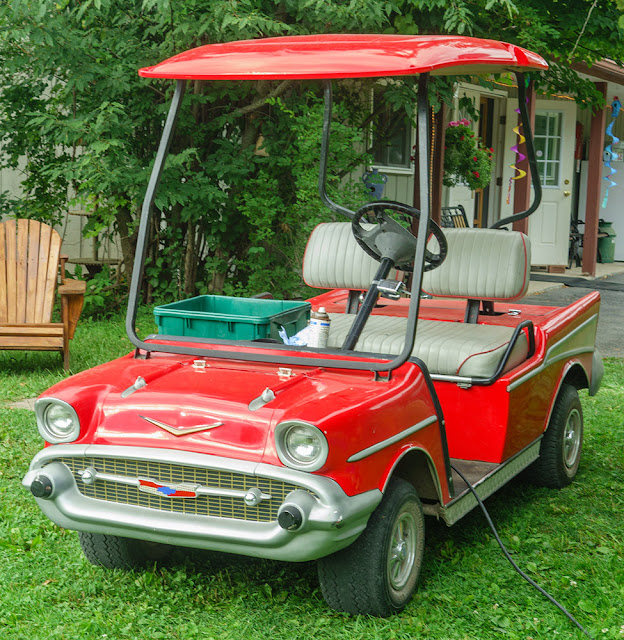 We were escorted to our site by this delightful golf cart. What fun! I want one. 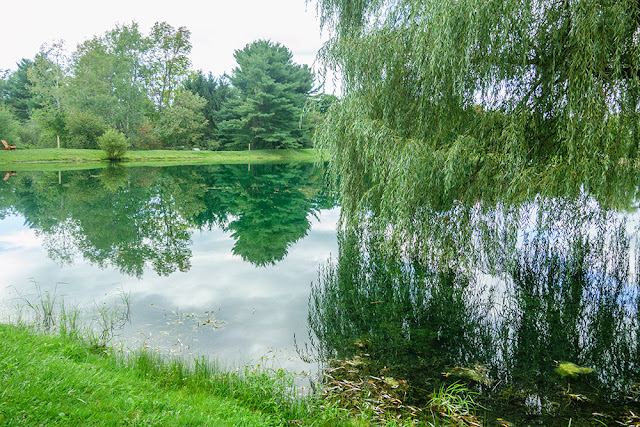 There are so many different kinds of RV parks. From the big open parking lot "luxury" parks in Arizona, where there are hundreds of paved or gravel spaces and a club area with a pool and office, to more park-like locations such as this one.  On our arrival evening we took a walk around the pond. Although it was quite warm, we were glad there were no mosquitos.

We spent two nights there, and Craig took advantage of our lay-over day to do a full reconditioning of our Blue Ox tow bar. It is something you are supposed to do once a year. Last year he took it to a dealer, but they didn't have the correct replacement washers for the job. This year he ordered the parts in advance from the factory.

He couldn't have had a much worse day to do it. The temps were in the 90s and the humidity was very high. But he persevered, and got the job done so we could move on the next day. Good work Craig!

We both find buildings and their architecture quite interesting. Our next stop was in Champion, Pennsylvania which is near Fallingwater. We arrived on Saturday, but our tickets were for Monday, so we looked for something else to do on Sunday. The Ohiopyle State park was near by, so we decided to take a walk there. 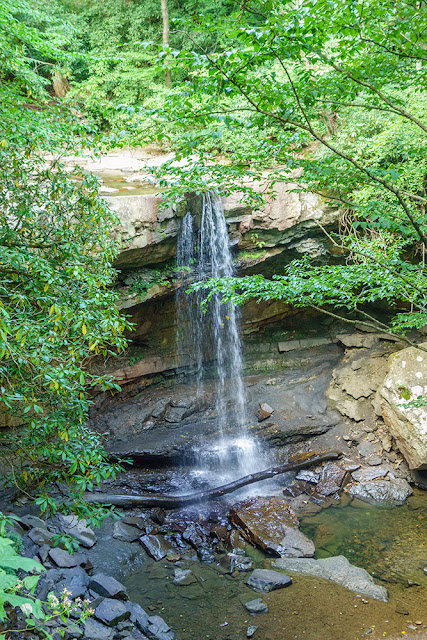 Cucumber Falls was featured on the park web site.

At the parking lot, there was a short path and several flights of stairs down to a viewing area that was about half way to the falls pool level. 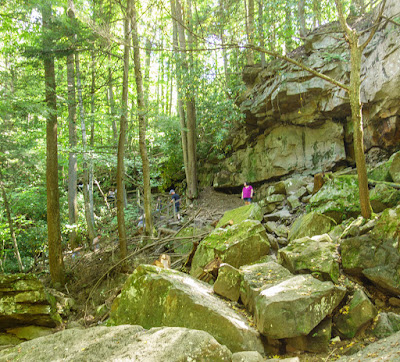 Getting down to, and back up from the pool was a bit of a rock scramble. I find I am not as nimble as I once was, but this time I was up to the challenge.

Next we drove over to the Visitor Center area and enjoyed a short walk along the river to see the rapids and the Ohiopyle Falls. 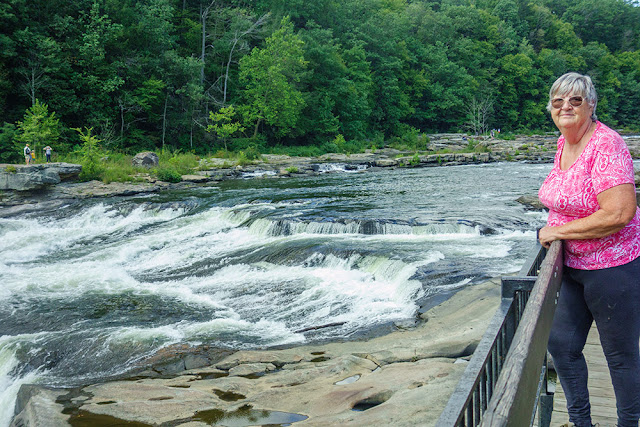 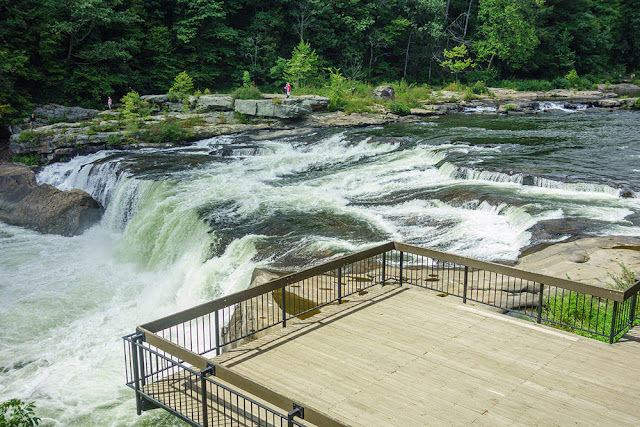 Kayakers and rafters have to portage around this section of the river.

On Monday we went to see Fallingwater. 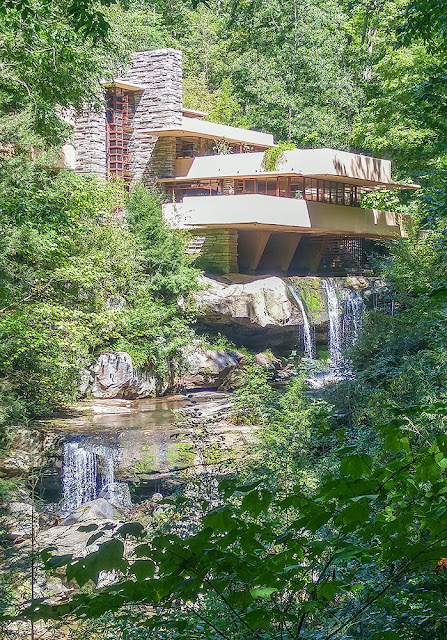 It was designed by Frank Lloyd Wright just before the depression, as a "summer cabin" for the wealthy owner of the Kaufmann department stores (now Macy's). Photography is not allowed inside the home, so this is the only one we took. The design is timeless, and surrounds a natural waterfall. Considering it was built eighty years ago, it is still structurally sound and has been maintained by the Western Pennsylvania Conservancy as a national treasure.

[From Craig] Fallingwater is the most visually impressive home that I've seen.  If I was only allowed one word to describe it, it would be horizontal.  It includes several repeated motifs, chief among which is many thin layers of limestone.

We are so lucky to be able to visit places like this.