Only one in ten people who see the Grand Canyon do so from the North Rim. Hopefully, this post will inspire you to be one of the ten percent in the future. It was easy to get to, and we had no problems going there with our 35' motor home. There were also lots of cabins and the rustic lodge looked delightful.

But before I include pictures of the canyon,  I have to include a couple of wildlife shots. 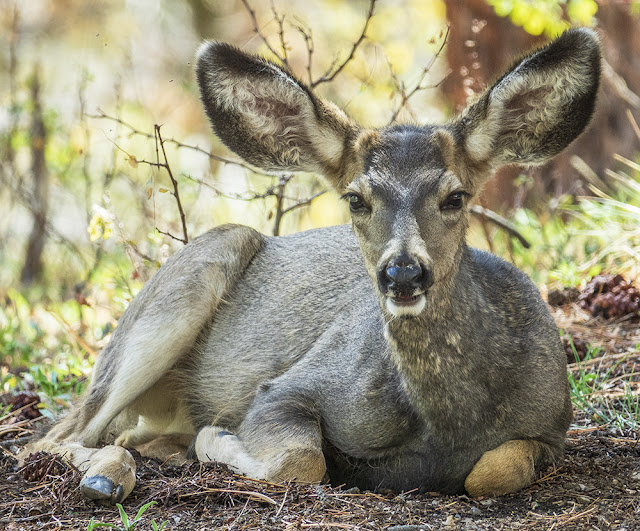 I know there are deer everywhere, but this gal, who was resting with a few other does near our camp site, had such big ears I felt like smiling when I looked at her.

Craig likes the picture of her friend: 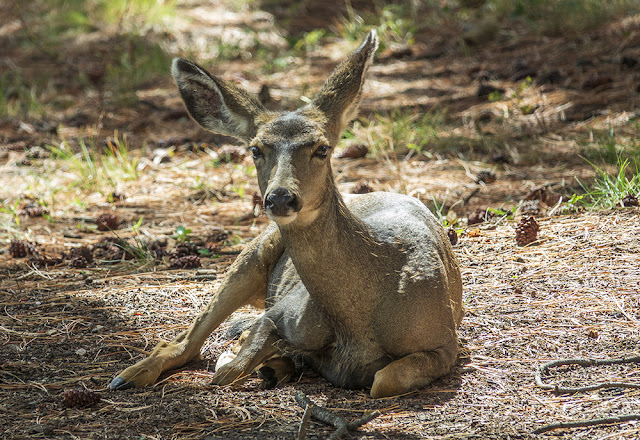 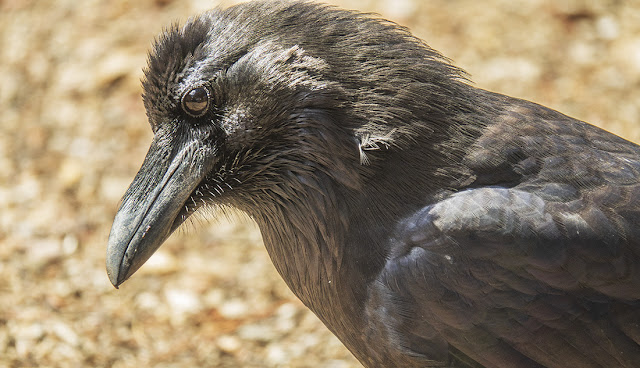 Ravens are also common birds in campgrounds. They are so smart. If you look closely at his eye you can see the reflection of the ground and just a hint of the picnic table I was sitting at. I wish I had gotten a bit more background above his head, but this is an excellent example of what my Sony RX10iii can do.


These first two pictures of the canyon were taken from the Bright Angel Point overlook near the Lodge on Wednesday afternoon.

I wasn't sure if it was going to stay clear. 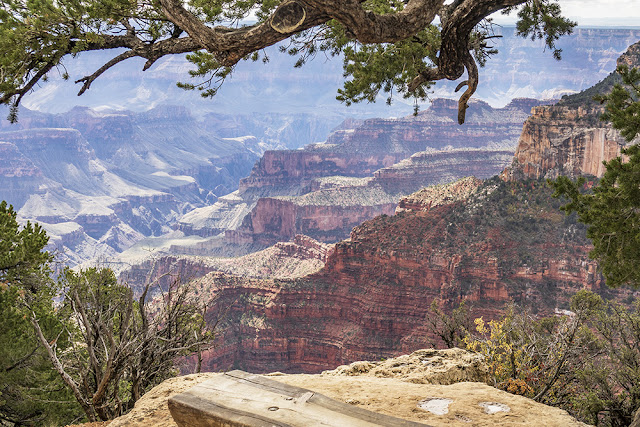 I've been to the South Rim of the Grand Canyon a couple of times and am always overwhelmed by it. Not much needs to be said, except I am amazed at how big it is. 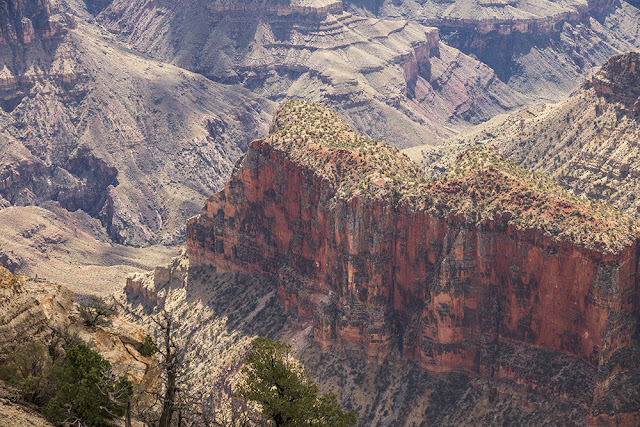 This following is the one of the most South-Rim-like images that we saw from the North Rim.  (The actual South Rim is visible in the upper left.) 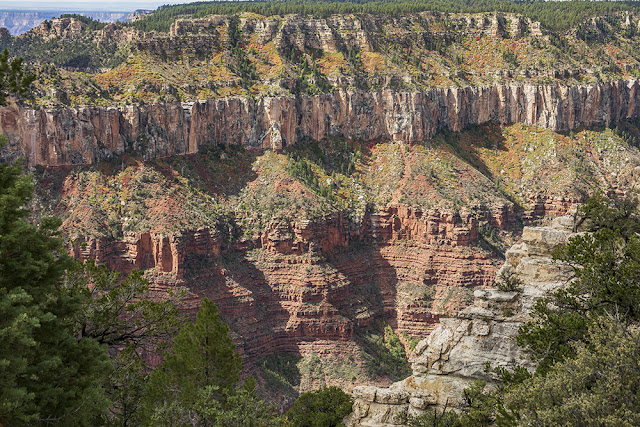 The North Rim Lodge has a wonderful viewing room with big plexiglass windows.  Of course, what you see may differ each time you're there.

The following pictures were taken on Friday when we drove out to several overlooks, including Cape Royal and Point Imperial. 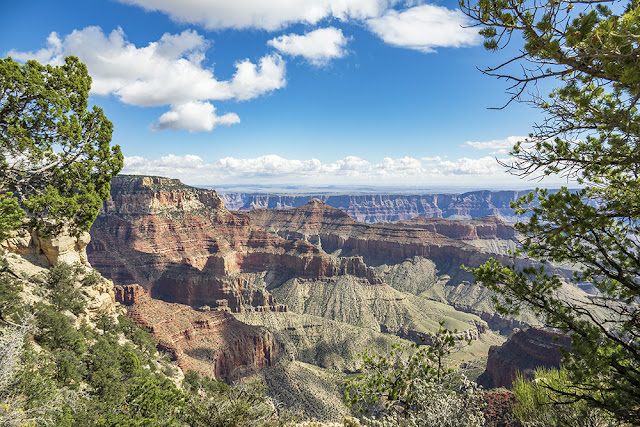 That day the air had been washed clean by the rain and the day was incredibly beautiful. 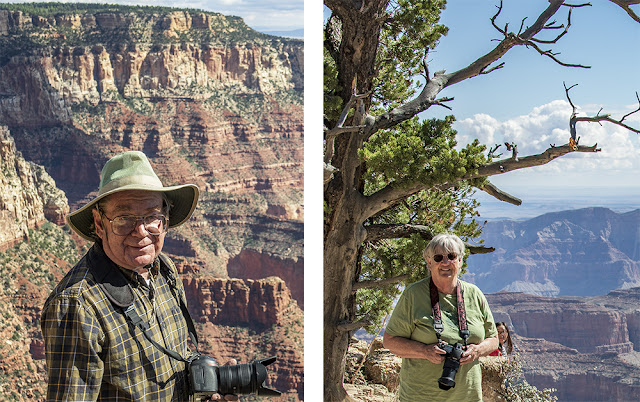 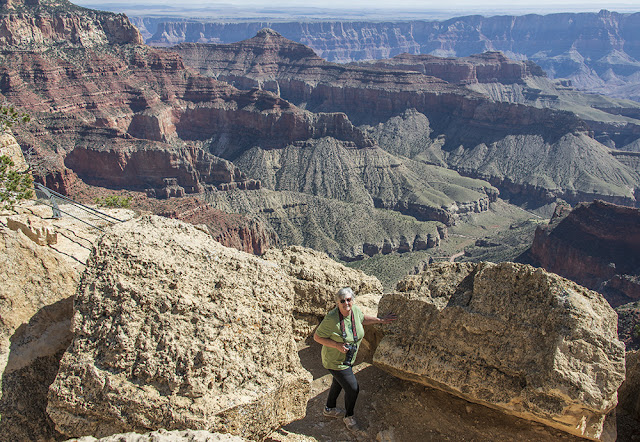 We are very old fashioned. We take pictures of each other instead of taking selfies.

The following image suggests that some of what's now rock was once liquid and swirly like ice cream. 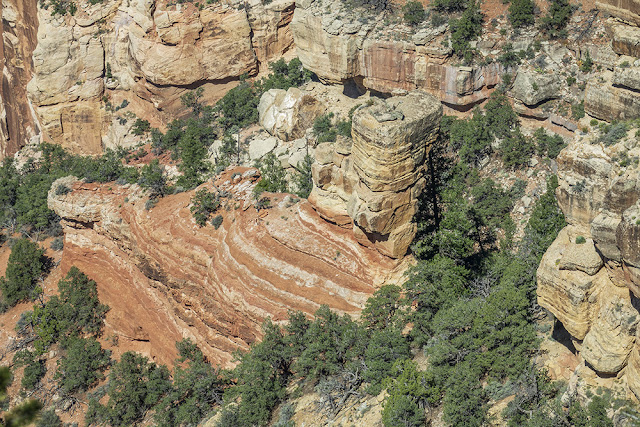 The 19th century folks who named features of the Grand Canyon called many of them "Temples".  This view may have contributed to the name: 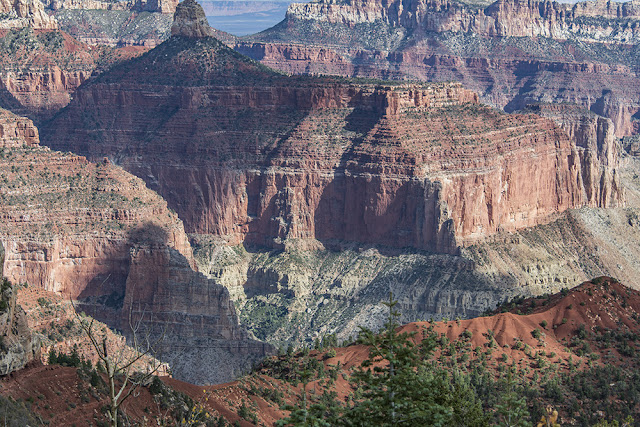 The line in the middle of this image was probably a dead tree.  Or perhaps something left behind by extraterrestrial aliens when they came to visit. 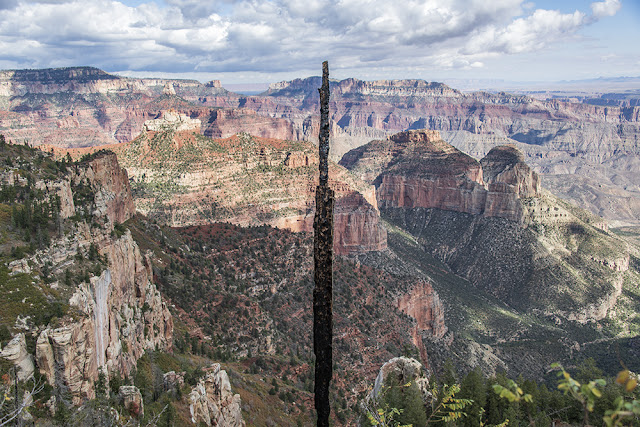 The track in the lower part of this image is a tributary of the Colorado River, a bend of which is visible further away. 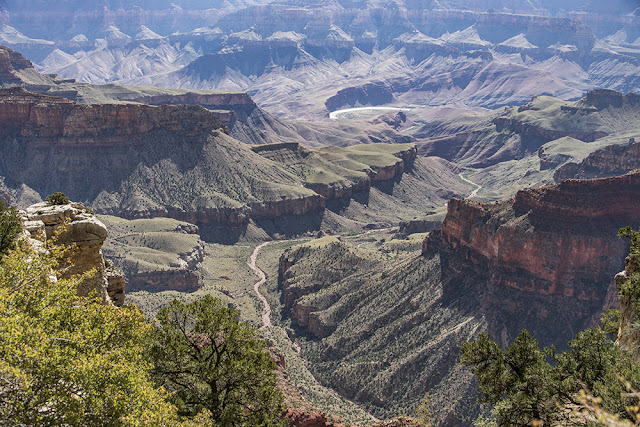 Tourists above Angels' Window, through which you can see the Colorado again. 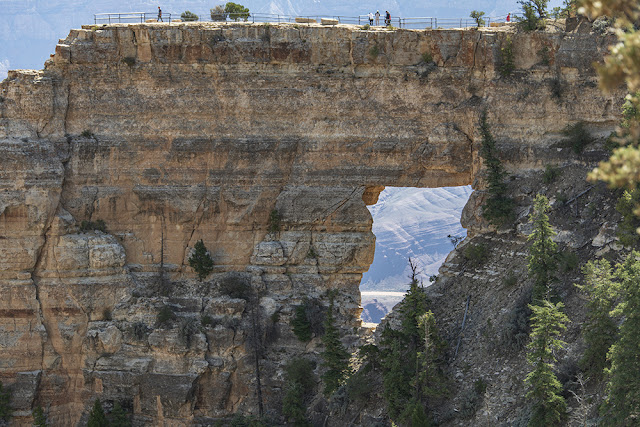 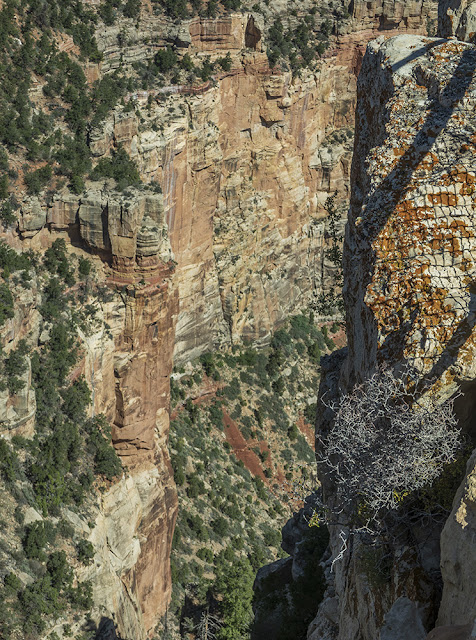 It may be hard to see that this scene includes two rock towers, between which you can see a similar rock wall further away.

We have been back at Jojoba Hills for almost two weeks already. The next two months will be busy with Craig getting his cataracts removed, and visits with friends and family for the pre-holiday times.

On Christmas Day we will be leaving on a three or four week trip to visit our son in Myanmar (Burma) and some additional travel in the region.

Keep an eye open for posts about that trip and our return to the RV travel life in Spring.

Until then, thank you all for following this blog and for leaving so many encouraging comments.