The next morning, we packed up once again and headed north on Highway 1. After some miles, we left the toll road and took a smaller road to Bagan. 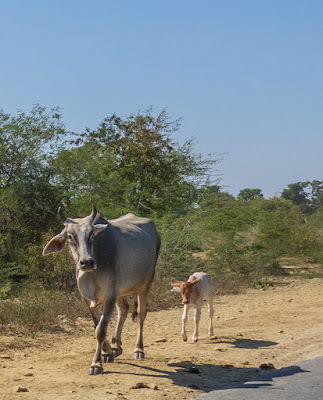 Along these rural roads it was not uncommon to see cattle on the shoulders. Some were being moved from place to place, some were tethered to graze on roadside plants, and some were pulling carts. 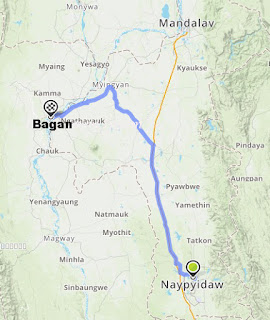 Bagan is an ancient city known for the Protected Archaeological Area where there are thousands of Buddhists temples, pagodas and shrines scattered over a remarkable area.

I refer to them as "monuments" or "structures" because it is not clear to me exactly what is a pagoda, a bell, a stupa, a shrine, or a temple.

I do know none of them are grave markers or mausoleums containing earthly remains. The big Pagodas are said to contain some "holy relics" of the Buddhas. (There were several.)

We arrived in early afternoon and got settled into our rooms before going out exploring again.

The grounds of our hotel in Bagan were very pleasant with the rooms all opening onto courtyards. The restaurant where we had breakfast was also outdoors. 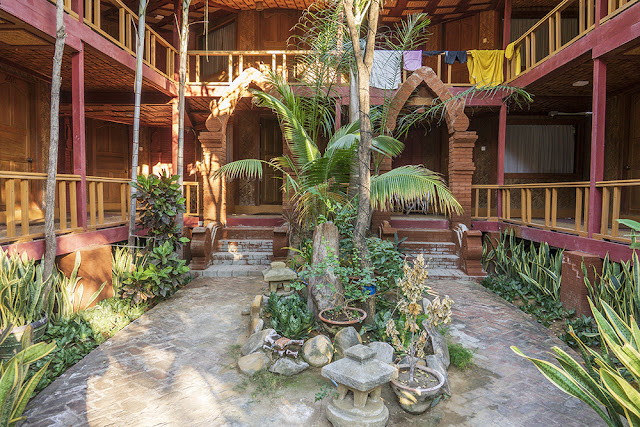 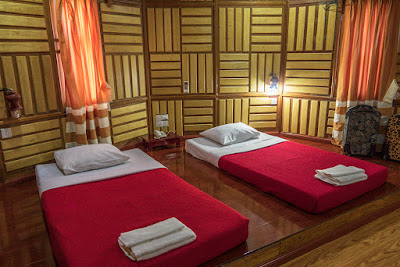 All of the other hotels we stayed at were quite "European" with regular queen beds. Our beds in the Bagan hotel were very comfortable in spite of being Asian-style, on the floor.

We went off to see a few more pagodas in the late afternoon.

I wanted to be respectful of the Buddhist traditions, so I bought a Longyi from one of the vendors.

You can also rent them for a very small donation at the door if you are not dressed appropriately. (Shorts or tank tops are frowned upon.) I would have been OK with my long pants, but I liked the elephant pattern on this longyi.

Maybe I can use it as a swim suit cover up.

Not all of the temples are being restored or maintained. We visited this large one in late afternoon as the sun was setting. 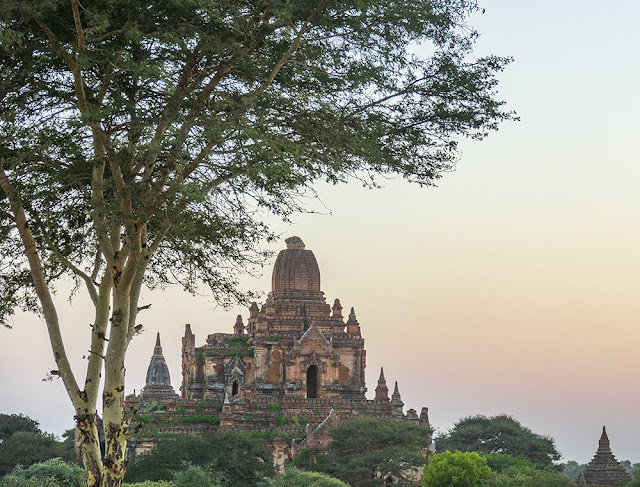 I have lost track of the names or how old these places are. 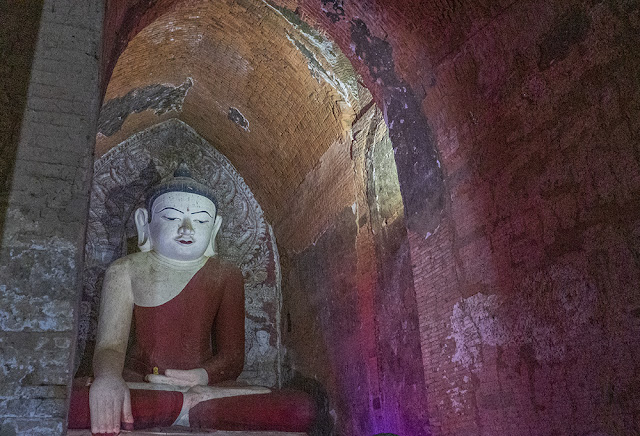 This Buddha statue was inside. The building may be crumbling, but he seemed to have a fresh coat of paint.

Craig noticed this man standing on a wall that went around the main structure. We wondered why he was there, and what could he see that we could not.

He was waiting for the sunset. 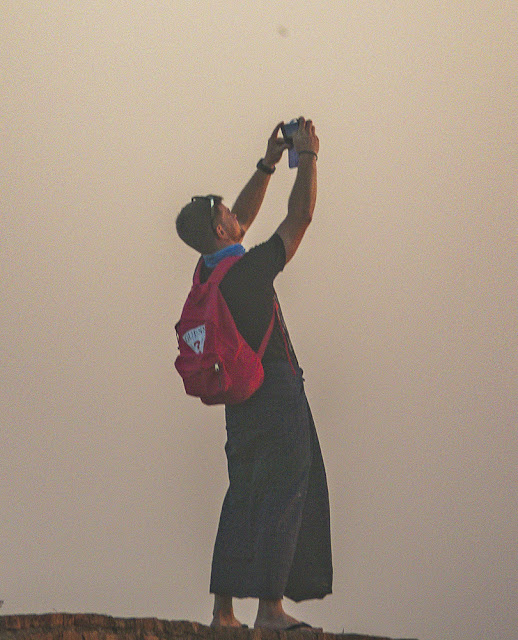 It was a good one! 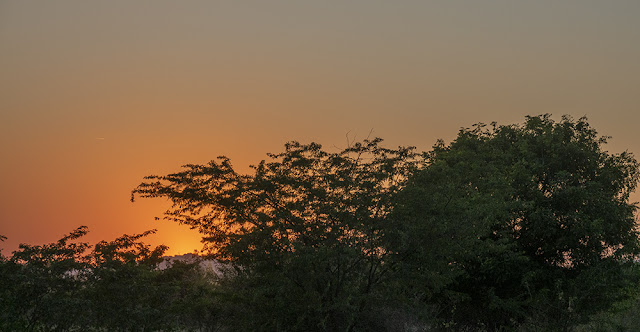 That evening Craig and I retired early. We wanted to be able to get up before dawn to be picked up to go to the launch field for our Sunrise Hot Air Balloon ride.