First off, the pictures in this post are all pretty bad because they were taken at dusk from some distance.  I don't have a telephoto lens on my point and shoot.

Behind our home there is a rather steep, dry hillside.  We don't water the trees, but there is one stunted apple tree that produces a few fruit each year.  I generally collect them the week before Thanksgiving, add some purchased ones and make a pie.

Last week I noticed a doe and two yearlings trying to get the apples with no success. I wondered if it was time to pick them. 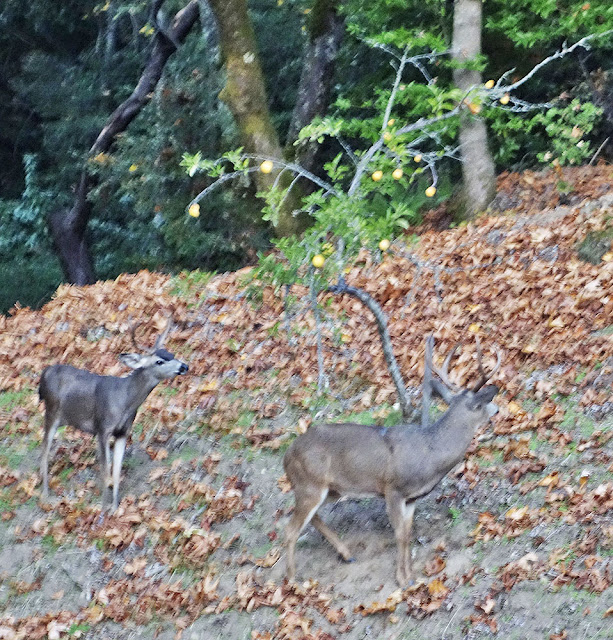 Yesterday at dusk, I noticed two bucks eyeing the tree. 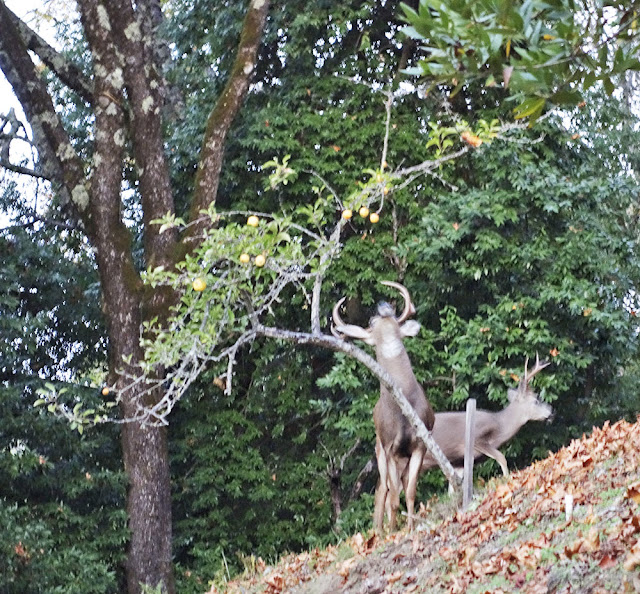 "If I stare at it long enough, maybe it will just fall down." 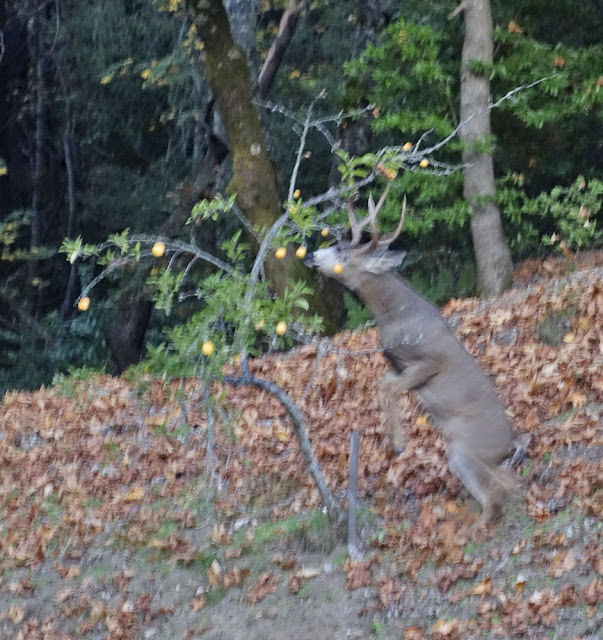 "Who needs a longer neck?" 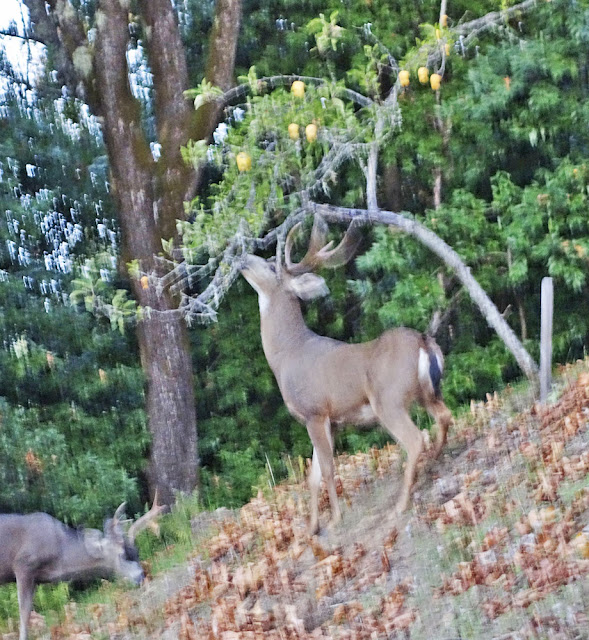 He made about a half dozen tries and did manage to snag two apples before giving up.  His younger friend managed to get a few leaves when the big guy wasn't looking, but pretty much stayed out of the way.

We don't "garden" because between the deer, gophers and dry summers it is a hopeless venture.  I enjoy watching this sort of thing too much to want to have deer fences around the place.

This afternoon a large group of does were in the yard.

That buck will be after them soon, and a new crop of fawns will be learning about apples next year.  I can buy as many as I need at Safeway!