I picked up our son Gil on Tuesday afternoon.  I had tons of questions and concerns about how he had finished his time in Seattle, and about the details of his Thailand teaching program. I felt like I was a nosey mother, but I needed to know some of these things.

As he answered my questions, I was assured he had thought this all through and would be as OK as he could be.  Over the years I have come to expect him to have a last minute disaster.  This time, it has been so-far-so-good with only a few small problems that he handled smoothly.


I wanted a couple of pictures of us. 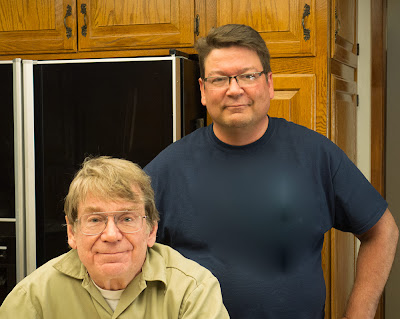 These two pictures were taken with different cameras. Gil did have a bit of a sunburn and his face was red. On the lower picture I tried to color balance a bit.

Before he came home I asked him to send me a list of his favorite childhood dinners so I could make them for him.  It has been fun to recreate foods that I haven't made for years.  Not the healthiest meals, not gourmet, but family comfort "Mom food."


We did some shopping.
I bought him some new clean socks.

We showed him the Alfa and shared some of our plans.

We just spent some time together. Just hanging out.

On Wednesday and Thursday evenings we played some three handed Sheepshead, a favorite card game from our years in Wisconsin. Gil was the winner on Wednesday, and Craig on Thursday. I found it hard to concentrate, but enjoyed our time together.

Friday came too soon.  It takes about an hour to drive to the San Francisco airport from our house. Traffic was lighter than usual and we talked about how green everything was, and what a beautiful day it turned out to be. 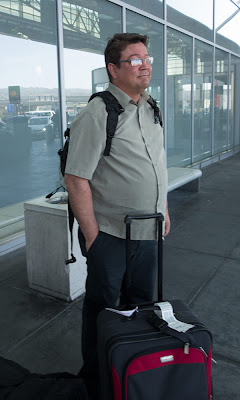 Craig dropped us off with Gil's luggage and went to park the car. In the last few months he has gotten rid of everything he owned except for what fit into his two bags and a backpack.

Storage was not an option.


The International terminal was strangely uncrowded. There were no long lines at the check-in desks, and all went quickly without a hitch. 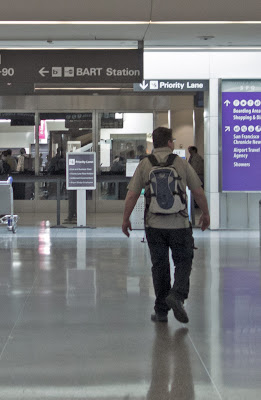 We all walked together toward the security check in area, and when we got to the hallway that led to the parking area we said our last good-bys.

It was hard to watch him walk away.


A final wave, and then he was gone.  Off to Thailand! 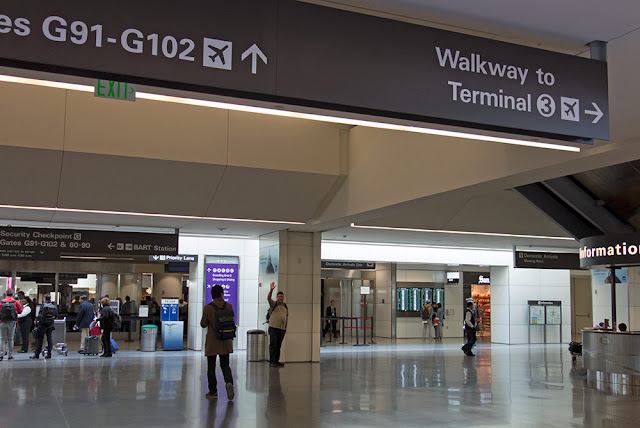 Gil's passion is making videos.  This is how he saw the last few days.