The bad news is the weather in Pismo Beach is predicted to be cold and rainy this week.

The good news is we did not make reservations, and have decided to wait until next week to go down.

The better news is that I was able to get a "pay for three days, get one free" deal when I made reservations for next week. We wouldn't have been able to get that if we had gone on Tuesday as planned.

I'm so glad we are getting used to the JELLO concept. But I also wanted to make a reservation so that I would have something to look forward to this week.  Hope the weather improves!

Speaking of weather, it was absolutely beautiful here today.  A bit cool but sunny. I'm really getting restless, and I know there are so many wonderful places near by that we haven't been to for a long time. One of which is Big Basin Redwoods State Park. As the crow flies, it's about 14 miles from here, but by road it is at least thirty. To get there from here you have to either go south towards the ocean, then west, then north, then west again, or go north to Los Gatos, west, then south for quite a way along winding mountain roads.  Theres just no easy way to get there, but it is well worth the drive!

There are about eighty miles of trails in the park. 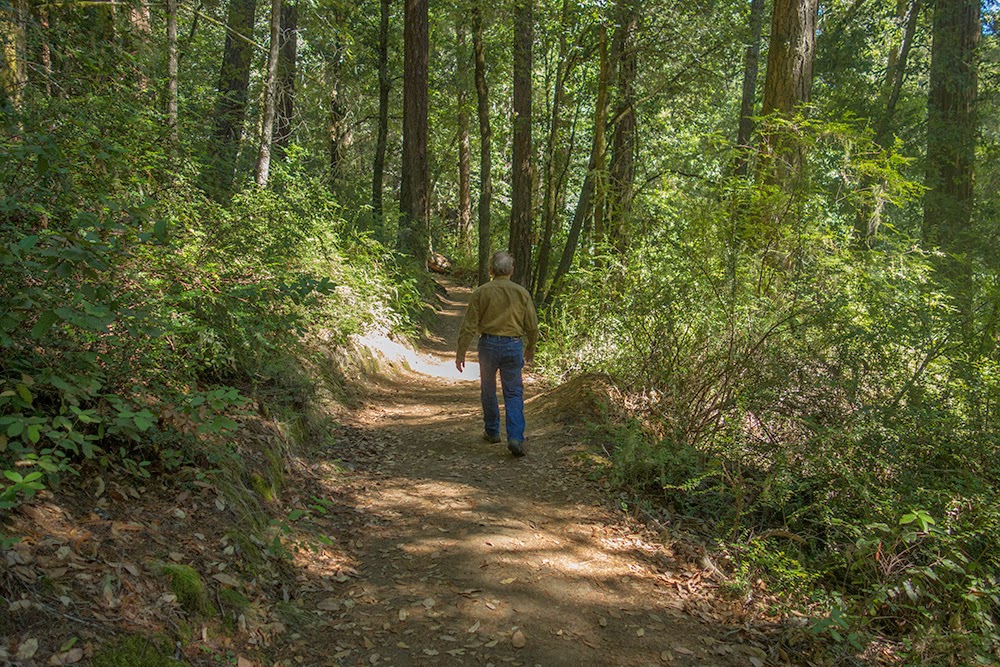 We choose a four plus mile loop that was rated as moderate.

Most of the trail was quite level and well maintained.


I thought of Gypsy as we passed by these spacious tent sites that were all near a parking lot. 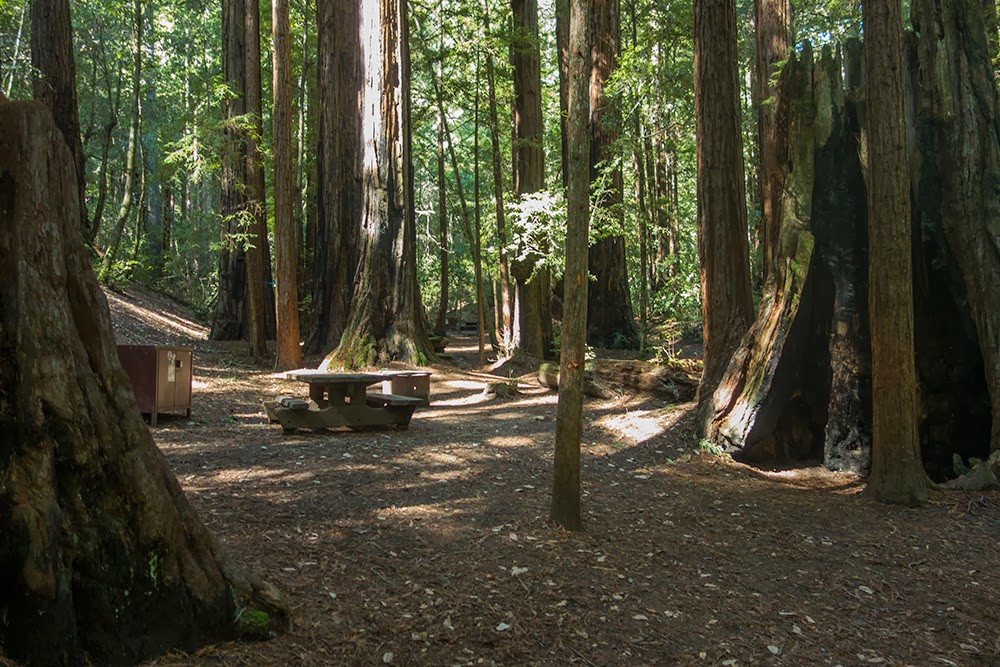 There were no campers there on this sunny Monday in February  We did see some tent campers checking in at the ranger station, and one family eating their lunch at one of the picnic tables, but I didn't see any camping gear around them.

In fact, although there were people around the ranger station area, we only met two couples on the trail itself. It's probably much busier on weekends or in summer. We try to visit places like this in off season, and mid-week. One of the benefits of being old I guess. 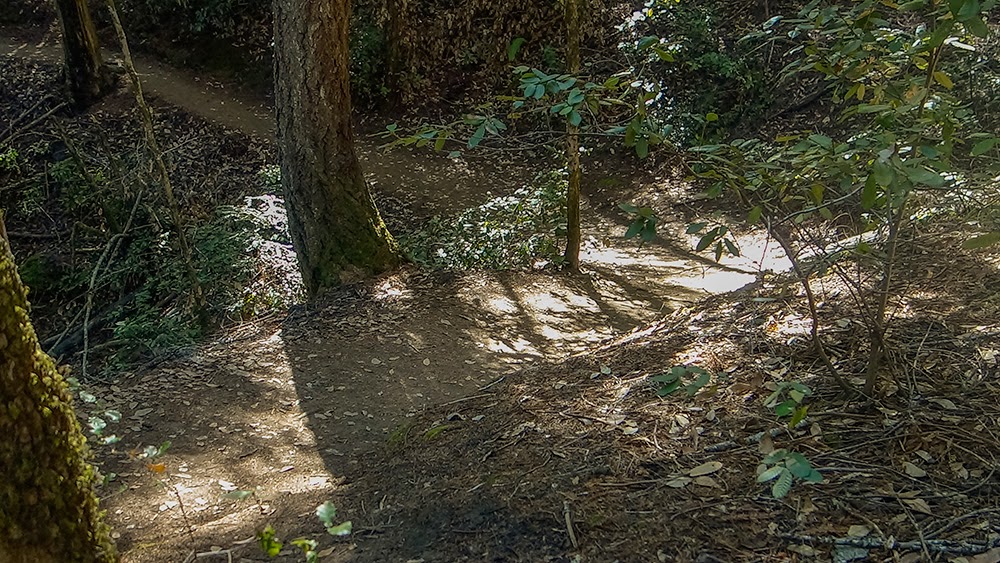 There was some elevation changes along the way, but most were either gradual or had easy switch backs in the trail. The sun was out, and we heard lots of birds chirping in the canopy.  Spring must be almost here! 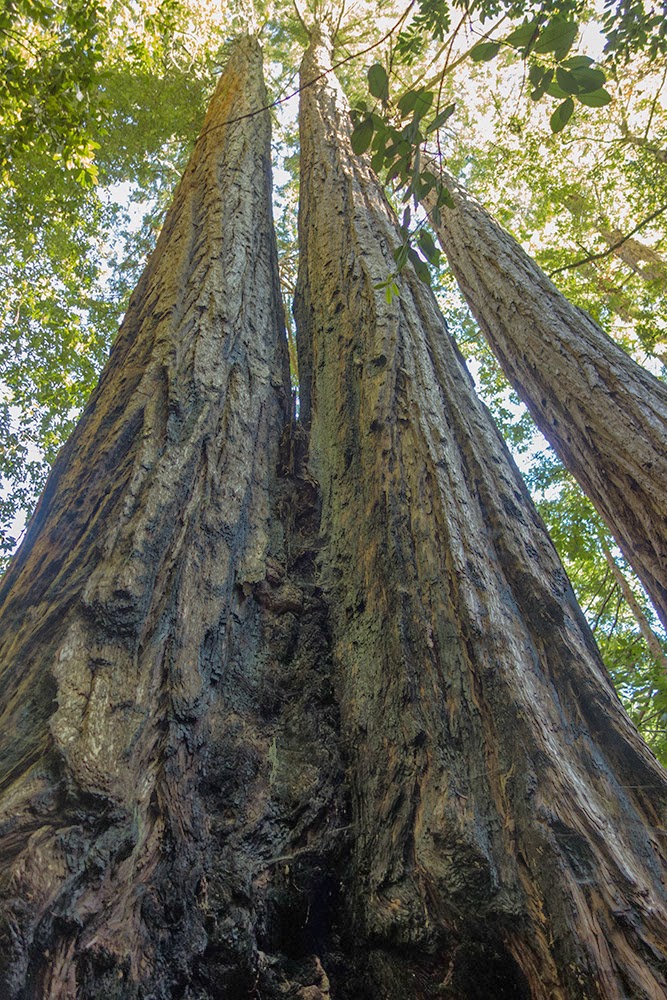 We never tire of looking up at these giant trees. 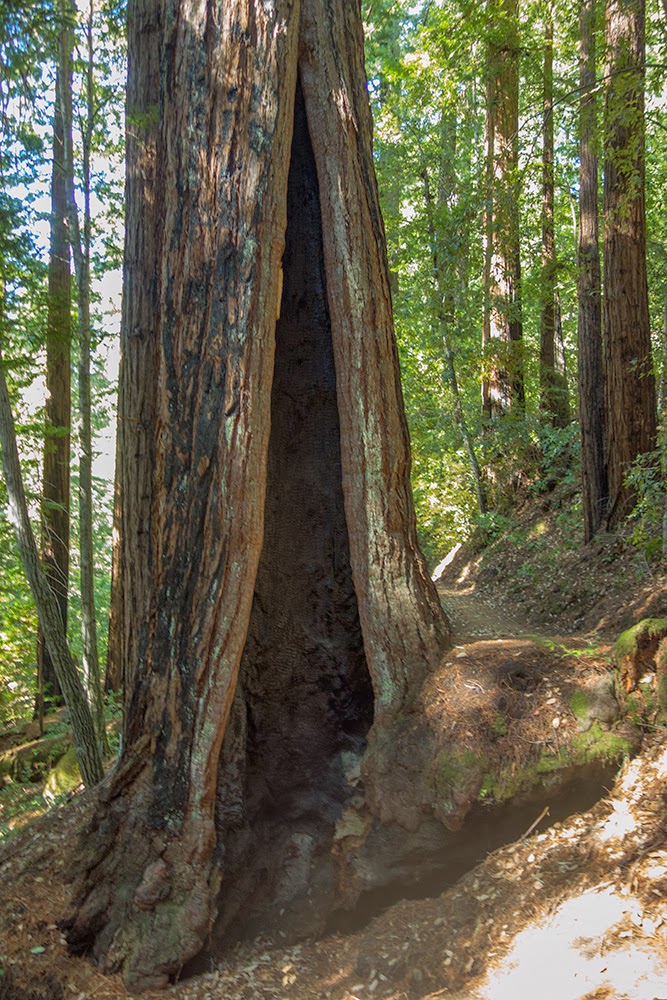 And marveling at how they have recovered from long-ago fires. We read on one of the information boards that after one fire it was noted that the heartwood of some of the trees smoldered for eighteen months after a fire!

We are both tired this evening, and I'm feeling particularly happy and relaxed because I feel we have broken a "slothful" spell and will be out for many more hikes in the near future. It's going to be a great year.