The Florida State Park motto is "The Real Florida". We are now in our fourth Florida State Park, and each has been different in special ways. Everyone has their own RV style and preferences. We find State Parks to be a good balance between the more natural environment of boondocking and the comforts of full service commercial RV resorts. We like the parks more. 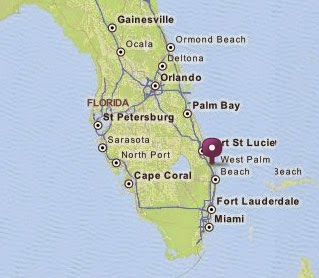 Jonathan Dickinson State Park, north of Palm Beach, is one of the last areas of coastal scrub and was saved from development after WWII. The Loxahatchee River runs through it and provides a variety of recreational activities.


We arrived early on Tuesday and had to wait for a while to get into our site, so we drove down to the Visitor Center and around the park for a bit of an overview.

There are two campgrounds, one down by the river and one closer to the entrance (where we are) that is in a wide open area. The sites are some of the largest we have seen.  Not much foliage, but privacy is provided by the distance between rigs.

Wednesday dawned wet from overnight rain. We had planned on taking the pontoon boat tour up river, but changed our minds when it started to rain as we were on our way. 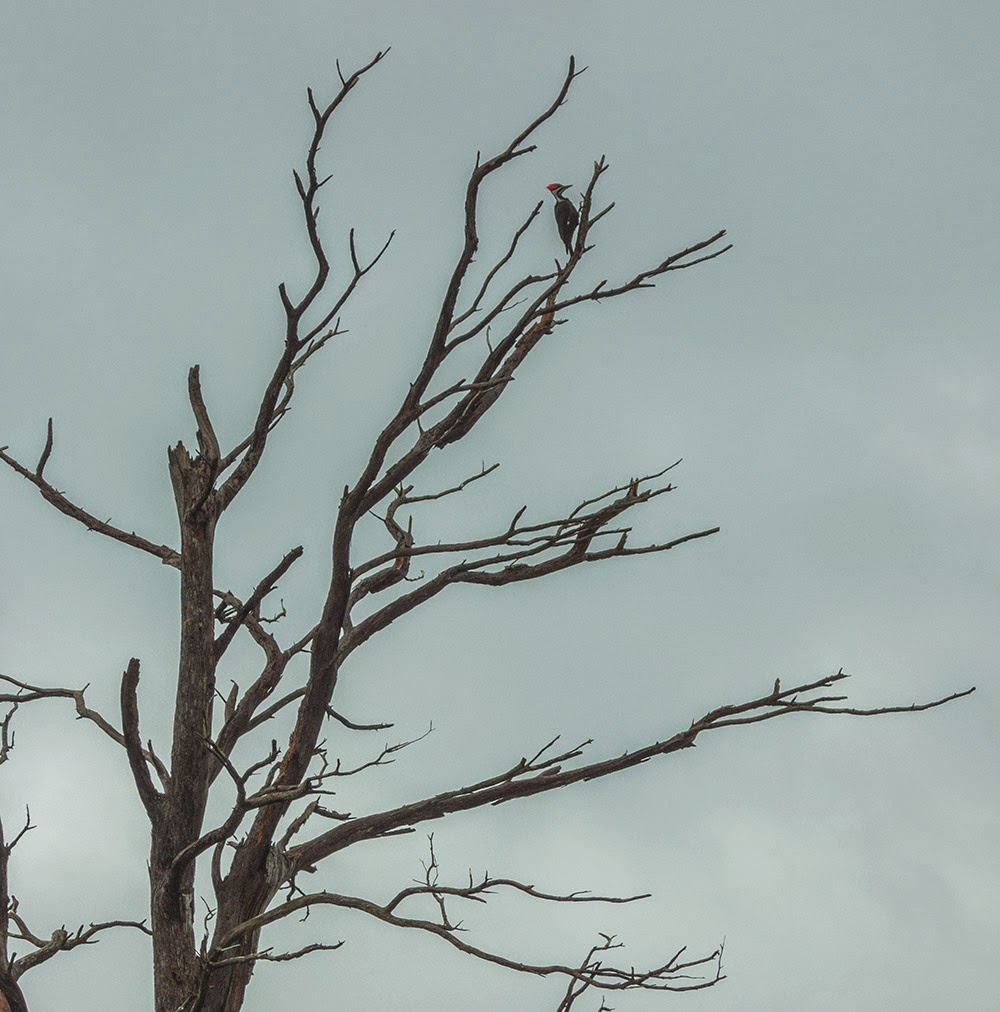 Instead we took a short side trip to the Hobe Mountain Observation Tower. Hobe Mountain is actually an old, land locked sand dune. It is all of 86 feet above sea level, but is the highest point in Southern Florida.

If you look closely you can see a woodpecker working on a branch of this dead tree. 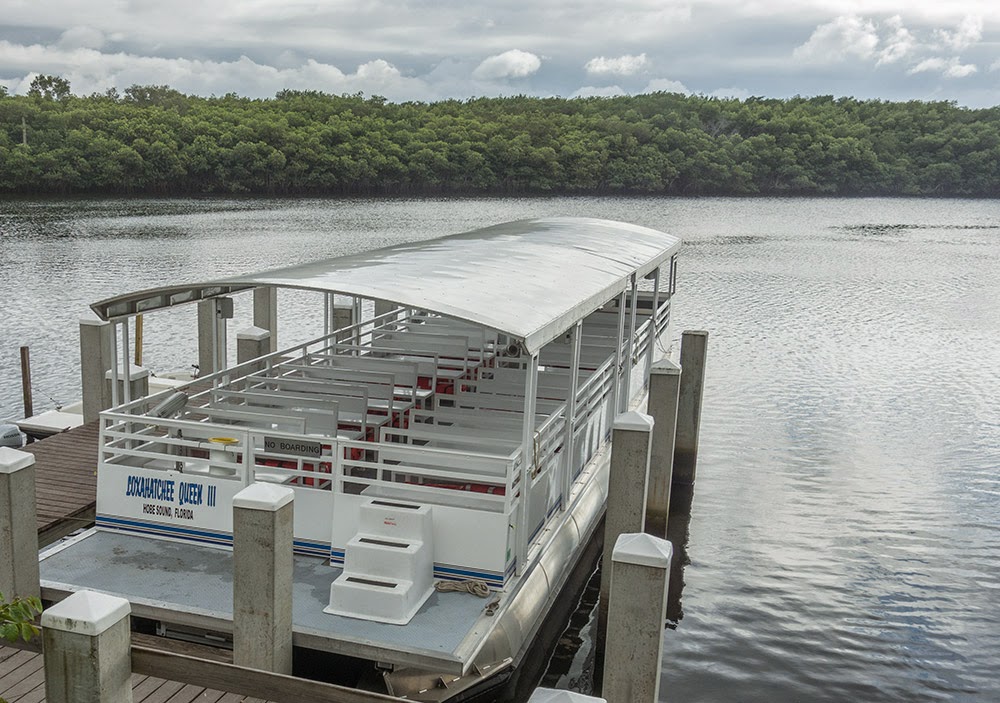 By afternoon it had cleared enough to take the last boat ride of the year. Only one other couple came aboard. 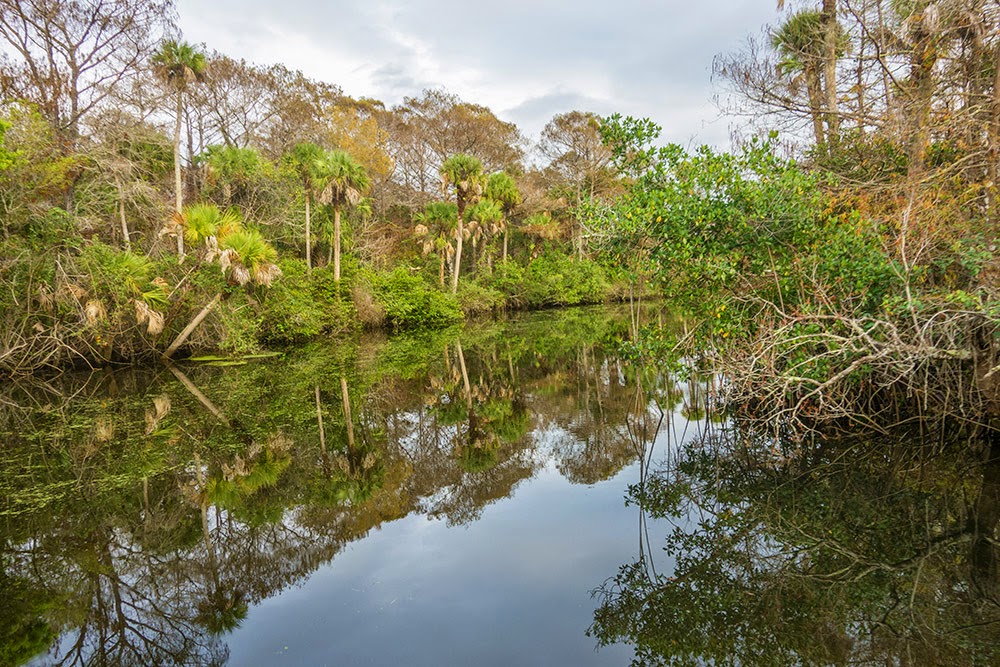 The river was like a mirror. We did not see much wildlife because it had been a bit of a stormy day. But that was OK. It was a beautiful ride. 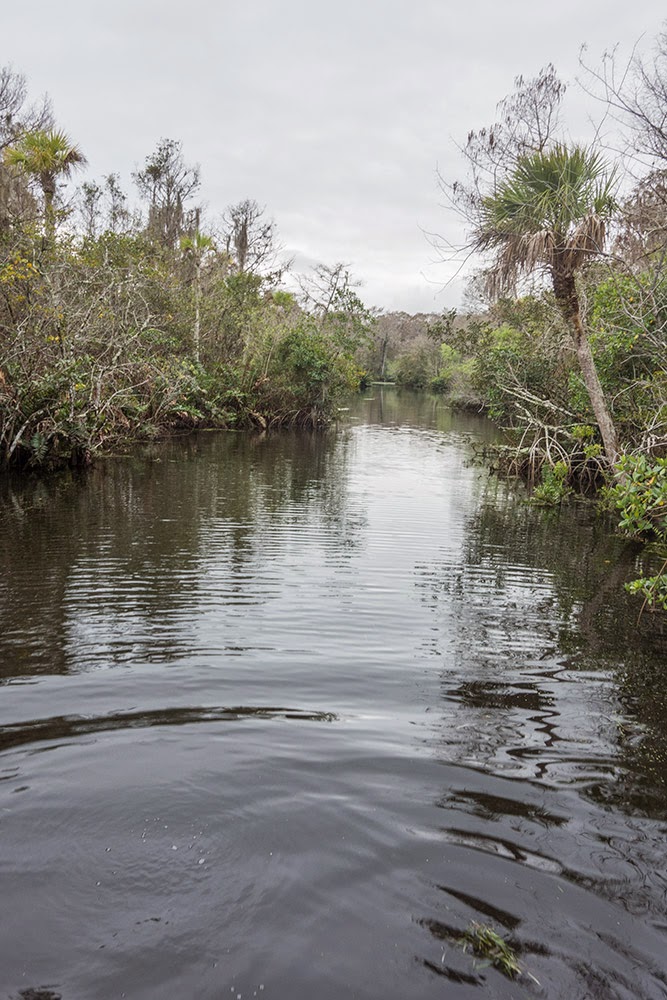 We did spot one very small alligator,
a few heron, osprey, and their nests, and at least one manatee.

I did not get a decent picture of him, but the water disturbance in this picture was caused by a manatee swimming just under the surface. When we did see him, he was grazing along the edge.  Under water, like everything manatees do.


On New Year's Eve we declared 8 PM to be the new midnight, and shared a bottle of bubbly and some snacks. 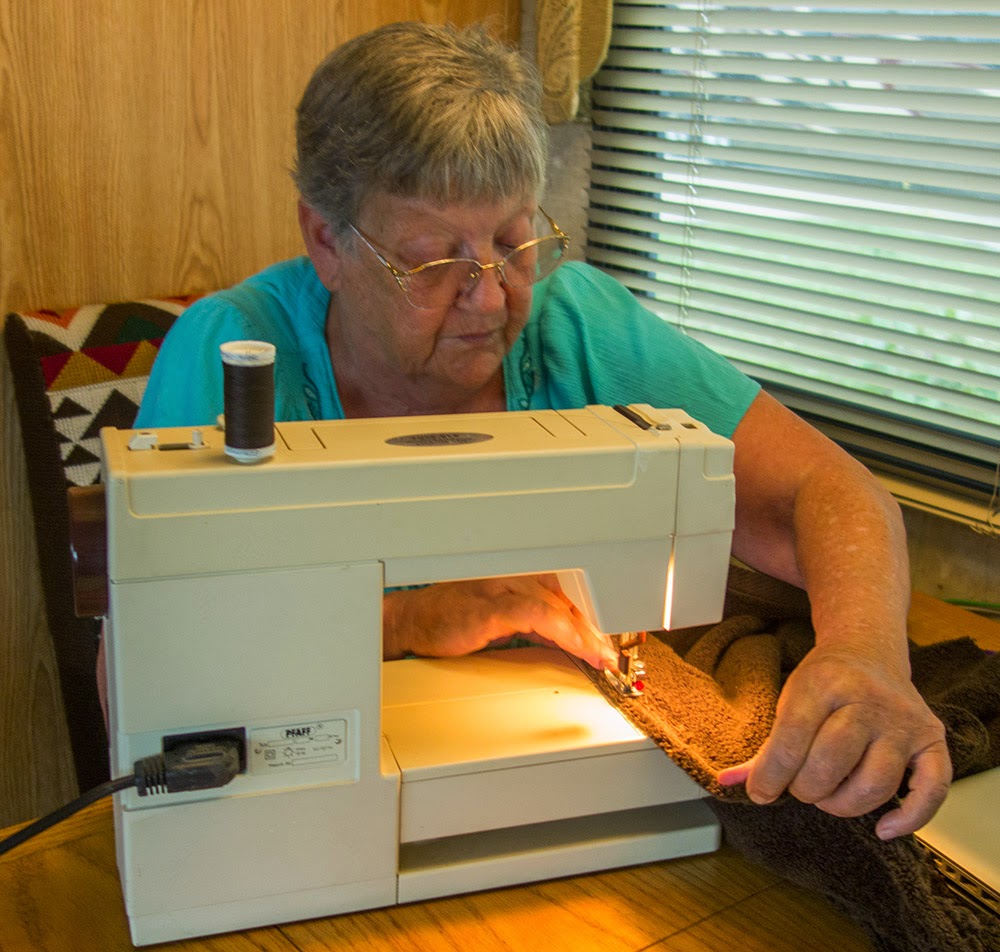 Craig watched football on New Year's day, and I did one of the last steps of a craft project I have been working on "here and there" for months. 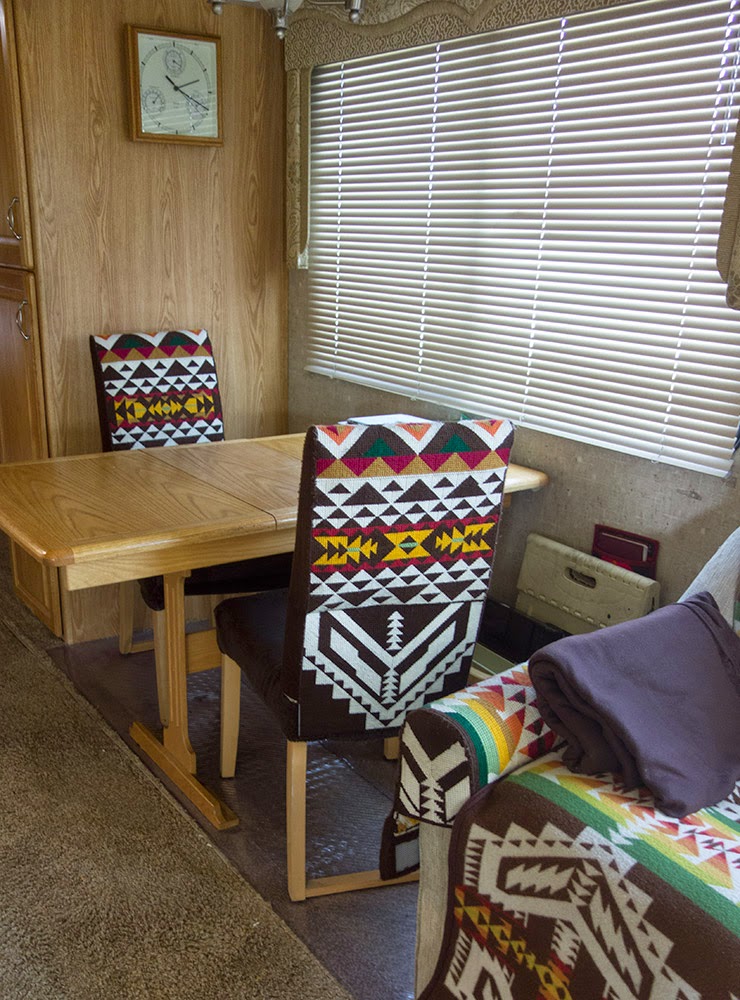 I had designed and stitched the backs and sides using plastic canvas and yarns that matched  those in the Pendleton blanket we keep on the couch. By using the same colors, I was able to play with the patterns. 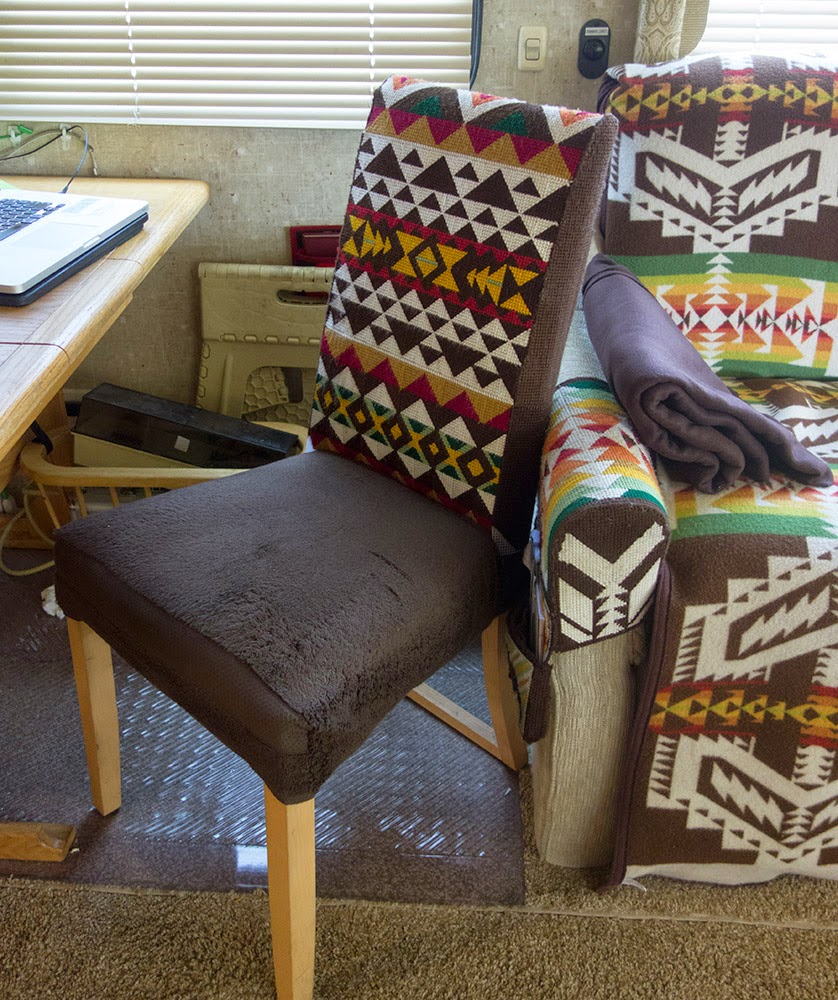 I did part of the seat in the same way, but discovered the edges and corners were sharp and unpleasant to sit on, so I sewed the seat  portion using a new, large, brown, bath towel. It can be easily removed and washed if necessary.  It's nice to sit on with shorts or a bare bum.


Friday morning found us trying yet another new activity! 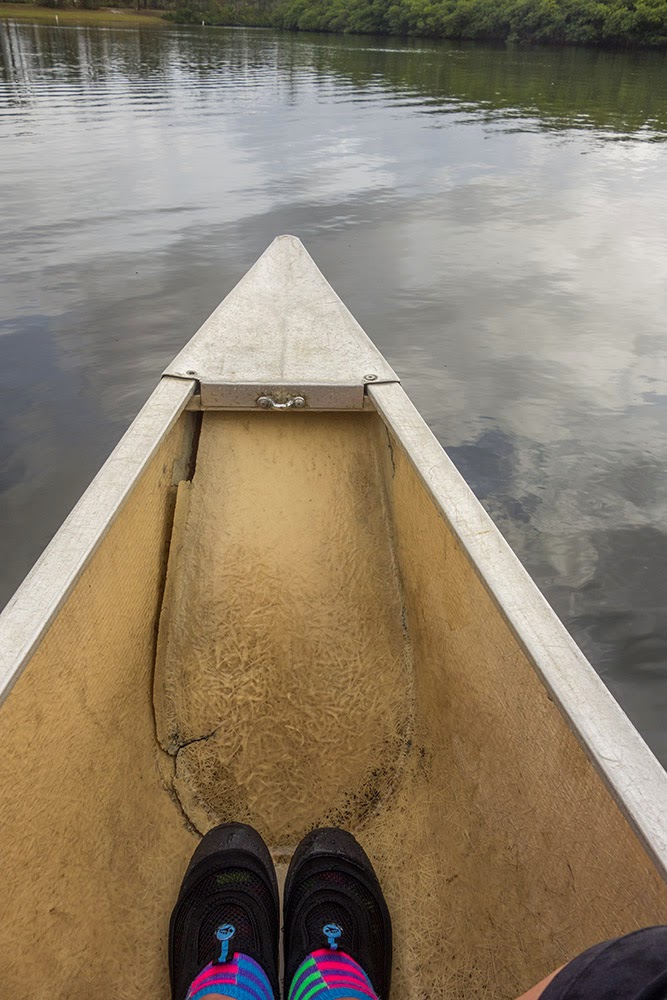 New to me, and something Craig hasn't done in many years.

This is a rent-a-canoe and I was a bit concerned about the large crack in the front end, but was assured it would be no problem.

Besides, alligators are mostly nocturnal.

We went on a three mile, volunteer led, group paddle. It was harder than I expected, but my back held out with only moderate discomfort. We tried kayaking in the past, but I just can't sit with my legs in front of me.  In that way, the canoe was better.

However, because we were: 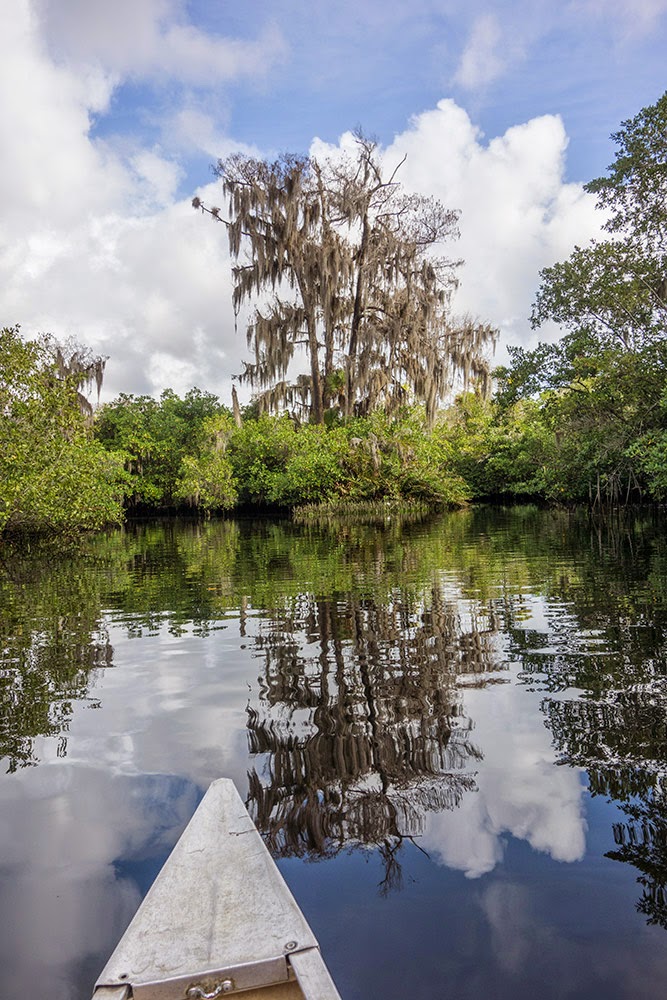 I didn't have the time nor the inclination to take many pictures.


Paddling was tiring, and getting out of the boat was very hard, but I DID IT, and I think it is something I might be interested in doing again.