As expected, our get-together with fellow Alfa owners Betty and Joe, proved to be a delightful evening. We spent several hours visiting and then had dinner in their beautiful Henderson home. They have mementos from all over the world. But unlike many collectors, their displays are neither cluttered nor overwhelming. Everything had a story, and was a pleasure to view. Betty really has a talent for decorating. We are hoping to see them again in Quartzsite in January.

So, with that said, here is the last post about the Custer State Park area.

Just south of the Custer SP is Wind Cave National Park. It was our Tuesday adventure.

While we waited for our Cave Tour, we watched the  informative park movie and checked out the exhibits in the Visitor's Center. 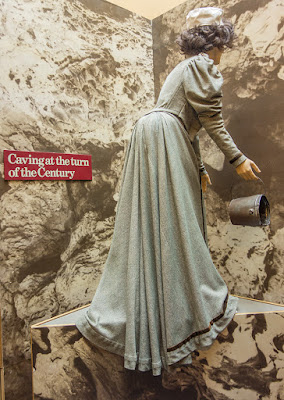 I'm sure glad we live "now." Early  women tourists wore outfits like this, carried candles or torches, and went down into the cave using ladders and ropes.

For our tour, the cave had electric illumination and stairs or paved pathways.

According to Indian lore, buffalo and people came out of the earth from Wind Cave. 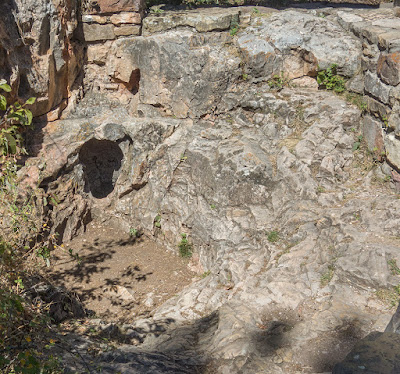 This hole was the original entrance. When discovered, it was 18" in diameter.  It was widened a bit so that early tourists could get into the cave using ladders.

The cave got its name from the wind-like air flow in and out of this hole. Changes in barometric pressure make the cave seem to breathe.

This is a dry cave, so unlike many others it does not have large drip formations like stalactites, stalagmites, and flow stone. 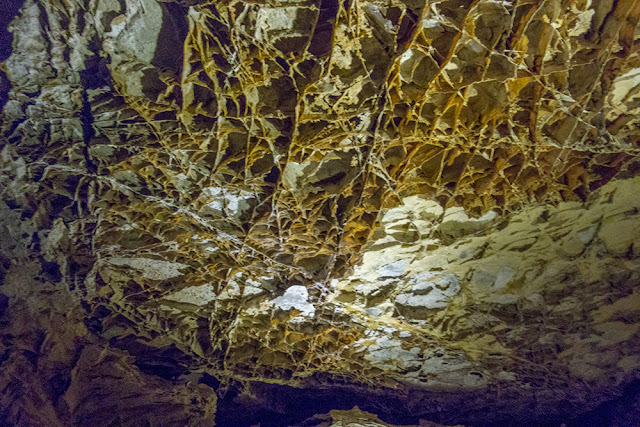 What it does have is large amounts of a very rare formation called boxwork. In fact 90% of all the known box work in the world is found in this one cave! 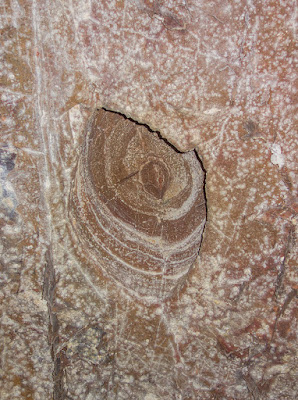 I don't know what caused this, since there is little water flow in the cave, but it was in a chamber with several other similar holes. It was in the ceiling and looked to be about three feet deep. 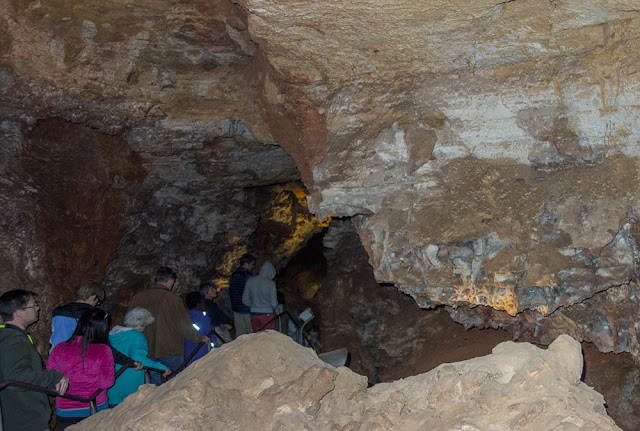 The ranger-led tour took us through many narrow passages and into some sizable caverns. We took a lot of stairs going down into the cave, but fortunately it ended with an elevator ride back up.

I would never want to be a spelunker, but such tours are interesting. Each cave has its own special features.

Within the boundaries of Custer State Park there is a long road named the Wildlife Loop. Driving it was a good addition to our day, after the cave tour.

Although not classified as native wildlife, there is a small herd of feral burros that love to beg carrots from the passing tourists. The usual "do not feed the wildlife" does not apply to them. 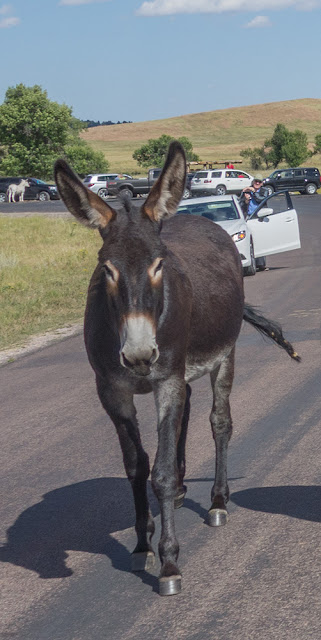 They are the descendants of the herd that once hauled visitors up to the top of Harney Peak. When the rides were discontinued, they were released into the park.


We saw a large herd of Pronghorns along the road. We wondered why they seemed to be eating the gravel instead of the grass. 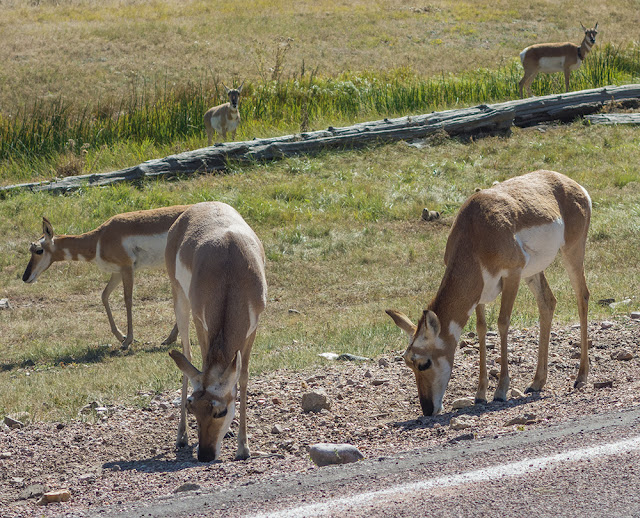 No wildlife drive would be complete without a good-sized herd of buffalo crossing the road. 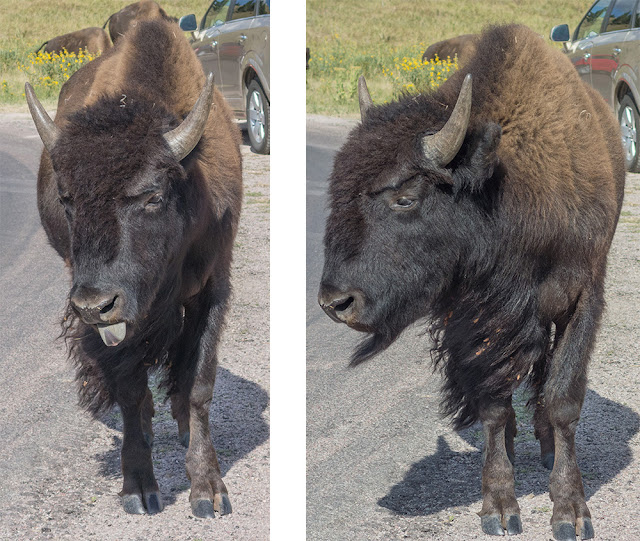 This one was in no mood to move out of our way. It stood there for quite some time before finally strolling down the center of the road.

Since buffalo can't read, this critter did not know the sign read "Official Vehicle Use Only". She thought it was a scratching post for buffalo.

One of the evening programs at our campground was about the buffalo roundup that they do each fall in the park. Although they are wild, the herd is managed. If you look very carefully at the hip of the buffalo above, you can just barely make out a number 4. This brand indicates it was born in 2014. Most of the buffalo we saw were born in 2013 and 2014. The oldest we saw was a bull born in 2006.

At the roundup the herd is culled to keep it at a sustainable size. With no natural predators, the buffalo would quickly outgrow the available grassland. The health of all of the animals is also monitored at roundup time. We heard this roundup is a big event that thousands of people come to watch. Unfortunately we will not be there when it happens.

Maybe another year. As full timers we are free to go back if we want. Life is good!