In January, when I made our spring plans, I only made one reservation far in advance, and that was at Gulf Shores state park in Alabama for March 24 to April 3. Other than that, our general plan has been to take our time driving south along the Rio Grande, and then the Gulf Coast of Texas, making reservations a few days ahead as we went. This has worked quite well. The only times we have found our first choice campgrounds full were in Tucson, when the big Gem and Mineral Show was in town, and in Houston, due to it being Spring Break time. But even for these places we were able to find acceptable space at other places. 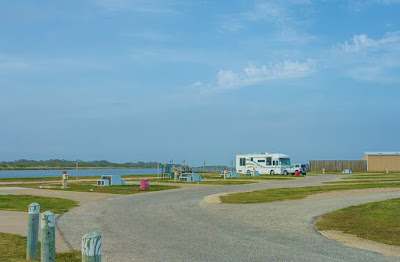 Our most recent stop was at the Matagorda Bay Nature Center and RV park for five nights.

There were two RV loops, and when we pulled in on Monday,  all of the other RVs were in the other one. When we left on Saturday the place was full.

We spent much of the week hunkered down in the rig because there were pretty big rain storms raging across the area. We later learned some areas of Texas got ten inches, and there was flooding in Mississippi and Louisiana. The Alfa is really very comfortable under such circumstances, and it did force us to get our tax records in order and sent them off to our accountant.


On the morning before the rain started we went on a guided "beachcombing" walk with a ranger. She saw a lot of things we might have missed, and a few we would not. 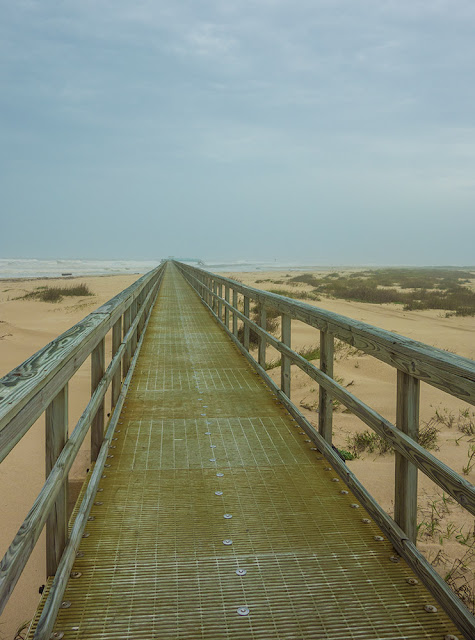 On another morning, after a pretty violent night of thunder and lightening, we took a walk out this long pier to overlook a stone jetty.

The surf pretty wild, and the waves were full of sand. 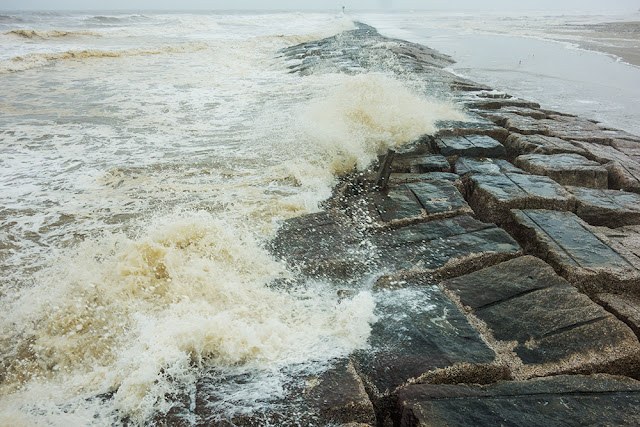 It would not have been a good day to be swimming or fishing from the beach. 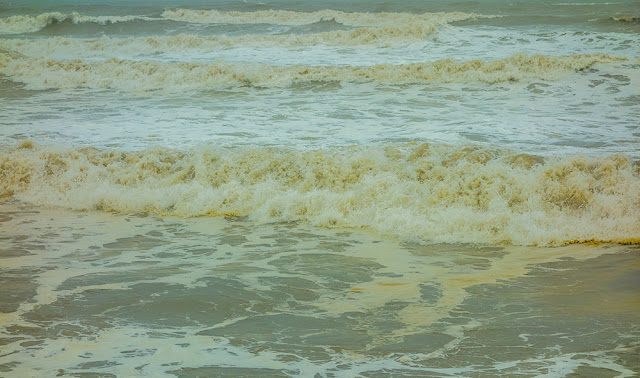 But, at the edge of the waves the birds continued their never ending search for small tidbits from the sea. 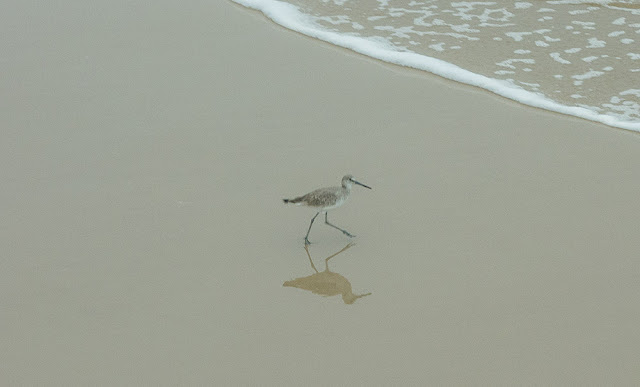 Saturday morning we said goodby to the Gulf for a while and headed inland a bit. We have landed at the Stephen F. Austin State Park, which is about 40 miles northwest of Houston.

The grasses are lush, the birds are singing their little beaks off, and the tall trees are draped with Spanish Moss. 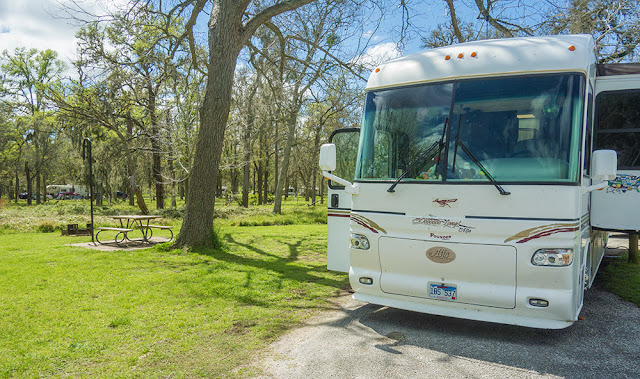 Best of all, we are again within driving distance of a Trader Joe's. It has been more than a month. As soon as we were settled, we were off to fill the freezer and cupboards with goodies!