The skies were overcast and it rained on many of the days of our two weeks at Gulf Shores, Alabama. On those days we read, watched TV, colored, played Solitaire, and did some trip planning. Much the same as we would during rainy weather if we still lived in a house.


But, when it was not raining, we got out and had some fun.

There is a company that offers guided Segway rides thru the park. One day we watched the guide teach a group of people and decided to also give it a try. 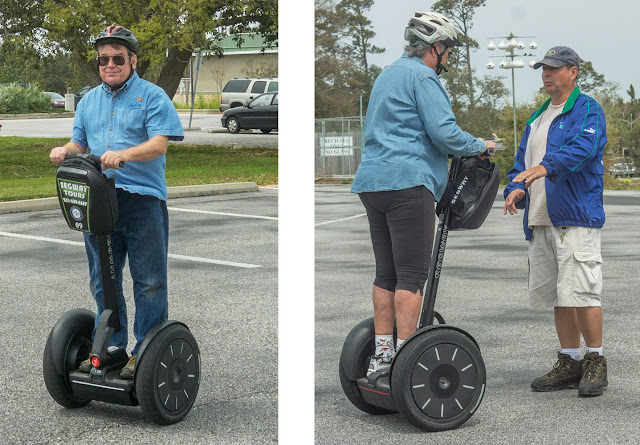 When everyone was comfortable, we followed him, like a line of ducklings, on an hour or so ride along the parks paved bike path. 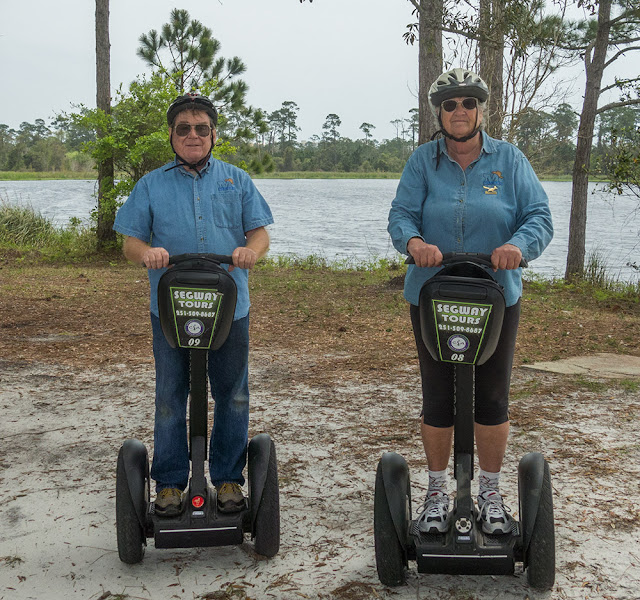 At one stop the guide took pictures of us with our camera. Although I had my camera along, I found it impossible to take pictures while we were riding.  I felt I had to hold on with boh hands! 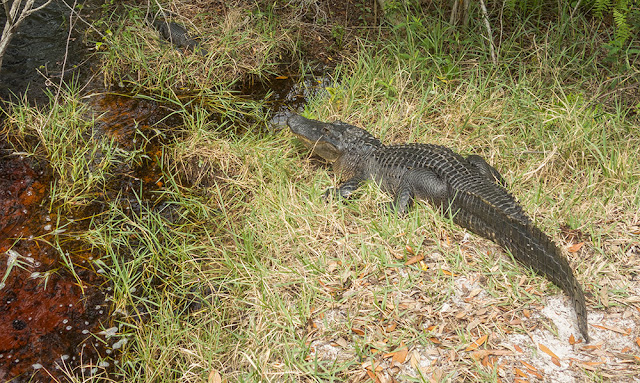 At another of our stops we saw this mother alligator. It seems she is usually in this area. She had four babies. We could see three of them, and they looked to be about two feet long.  Our guide said they were three years old.

Sunday was another nice day. It dawned bright and clear. The rain was finally over! 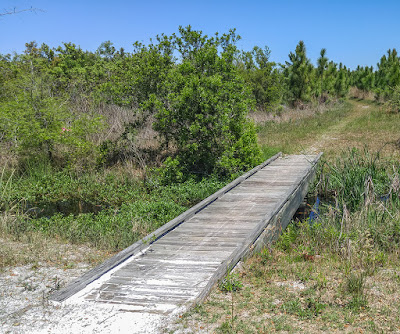 Since we had already gone to the beach, the pier and the zoo, and Segwayed along the paved bike path, we decided to take a short hike on one of the sand trails through an area that had been burned a few years ago and was regrowing scrub and pine.

There were a few wood bridges over creeks that are wet year round. 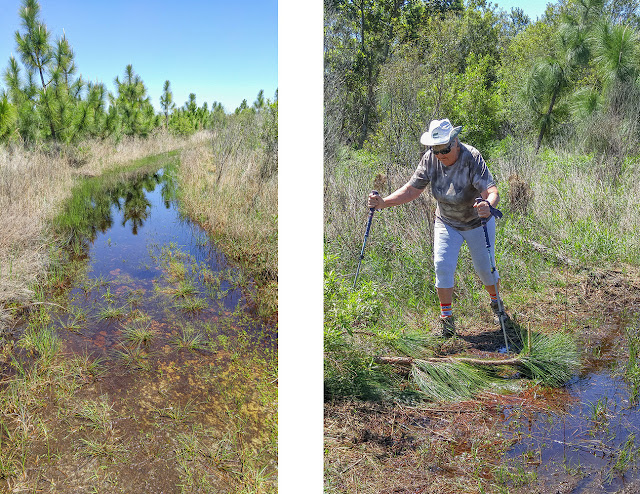 But parts of the trail were flooded, and I was very glad I had taken my hiking poles. They helped me keep my balance when trying to find footing in the squishy places.

We have been taking short walks when we can, and I am confident that with time my foot will get better enough for longer treks. For now I'm good for a mile or so, but don't want to push it too soon.

Our site at the park was on a nice circle.  During our first week and a half we had seen other campers come and go, but the weather had kept our interaction down to a few waves and hellos. 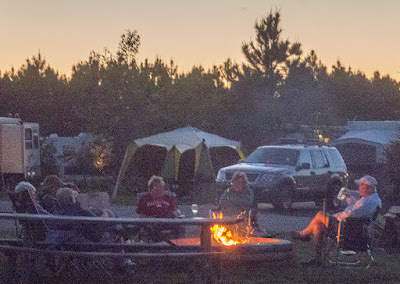 Three days before we left, a new group of campers settled into our circle. Several of them knew each other and met here each year on their way north from Florida. Since the last two evenings were finally rain-free, we were able to have a communal campfire.
We enjoyed this fellowship, as brief as it was, and learned some of the history of the park. It seems FEMA took over the park after Hurricane Katrina, and paved the roads and put in the sewer system. When it was no longer needed for disaster relief, the park was returned to the State in a much improved condition.

For our new neighbors, it was the beginning of a month-long stay, for us it was the end of our two weeks there. We may never see any of them again, but for a couple of days they were our RV family.

And that is one of the special things about camping. Strangers are almost always welcome to pull up their chairs around a fire as the night closes in.