As a tourist, there are many ways of seeing the historic area of Savannah. You can take a trolley, a horse-drawn carriage, a bike-drawn rickshaw, or a slow ride. We chose to take a 90 minute guided walking tour. We choose the Free Savannah Walking tour for which you don't pay anything up front, but are expected to give a good tip at the end since the guides work for tips only.

This seemed like a good deal, and it was. Our guide, Dan, did a very good job. Our group was about 20 people. You do have to reserve a place ahead, but that was easy online. 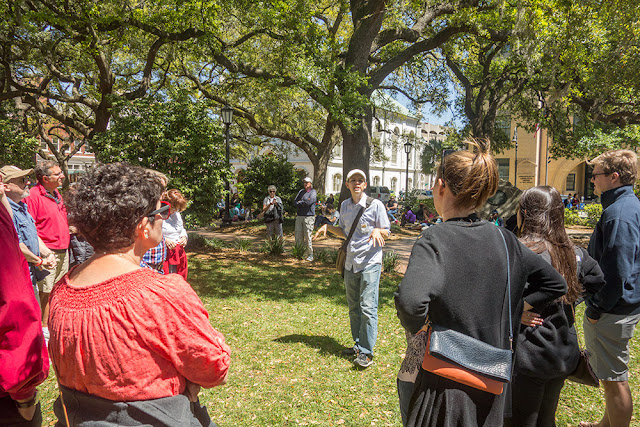 Without taking the tour we would not have discovered why the fountains were spouting red water. We asked a number of people, and nobody knew. Of course they were all other tourists! 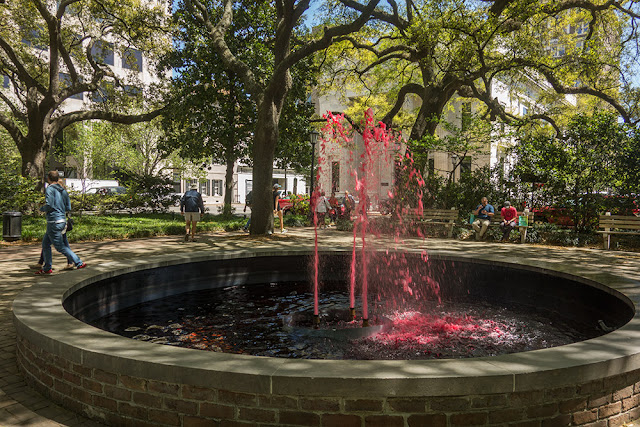 Dan said he thought it was because one of the city colleges was having a "paint the city scarlet" weekend.  That sounded reasonable.

It was a very informative tour. We learned lots about the history and early development of the city. Savannah has many squares, each with its own centerpiece and significance. When the city was laid out, these squares provided a place for communal ovens, wells and other such things. They now provide shaded park places.

I spent my time on the walking tour listening, rather than trying to find the best photo opportunities. You just have to go there to see each of the sites.

On Sunday we went to Wormsloe, a plantation near Savannah. The entrance drive is edged by over 400 massive live oak trees that were planted in the 1890s to celebrate the birth of Wymberley Wormsloe DeRenne by his father. They are the image of what I think of "Southern Plantations," beautiful. 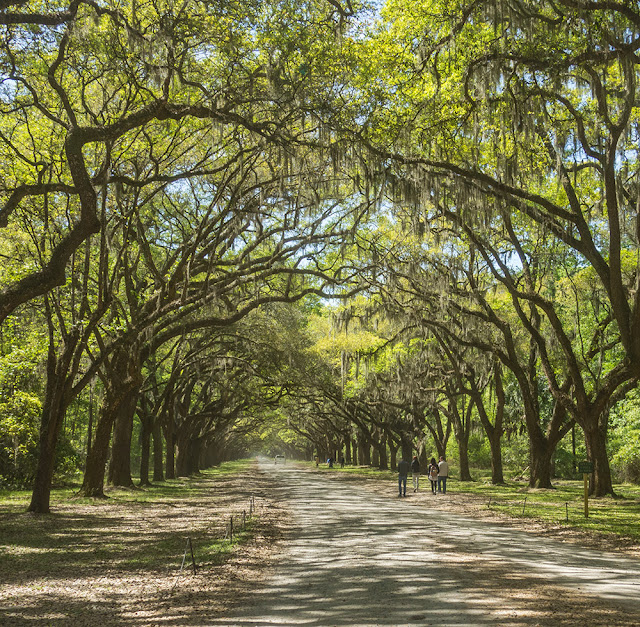 Although we could not tour the house, since descendants of the original owners still live there, we enjoyed walking the grounds. Almost all of the land that had been cleared for agricultural use has reverted back to forest. 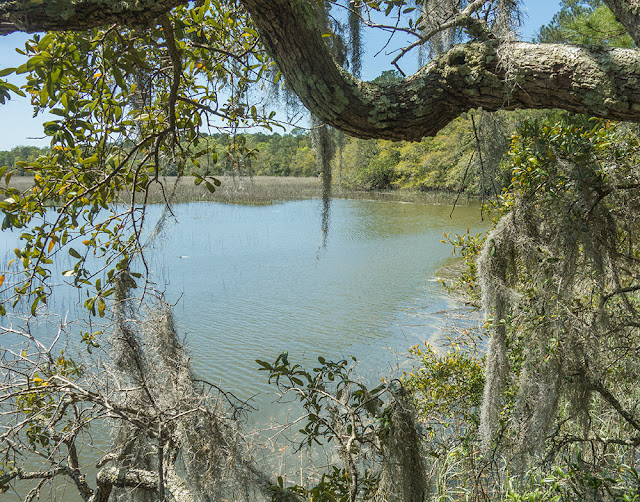 There are some ruins of the first structure, and just beyond them, the path leads to the edge of the swampy edge of the river. We learned that this was a very important location because it was the only passage to Savannah that the invading Spanish from Florida might use.

Wormsloe Plantation has been used for the filming of many movies including "Roots."

Th weather was pleasantly cool, and our walk was probably less than a mile.

OK, fellow Americans, do you know what this is? 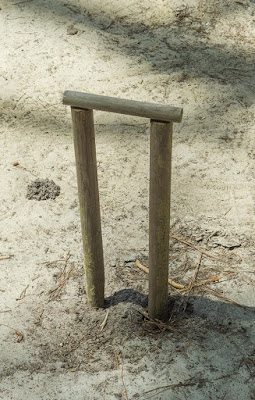 It is a wicket, used in the game of Cricket. Cricket was a popular game during the colonial period. That's all I know about the game.

On Monday we started out intending to go back to the historic district and exploring a few places in more depth, but after stopping at the park office, where I picked up a brochure for "Tybee Island Marine Science Center." It looked interesting, so we headed that way instead.

On the way we saw the signs for Fort Pulaski. Since Craig graduated from Pulaski High School in Milwaukee, it was a no brainer to make the turn and go to see it.


We have been to a number of forts on our RV adventure, and I have to say this was the best one we have seen. It was very well preserved (or restored), and had many artifacts displayed in interesting "as they were" ways.

Each time we go thru a place like this, it adds to our understanding of our nation's past. For me, it's as if I can feel history. As we slowly wander across the country, places that were once just names on a map are becoming real to me. I learned about American History in school, now I'm seeing where it actually happened.


We did make it to Tybee Island, but the science center was a big disappointment. But when we walked out onto the pier area, we got a look at the beach. Lots of people were enjoying the sun and the very pleasant day. For us, it was our first look at the Atlantic Ocean north of Florida. 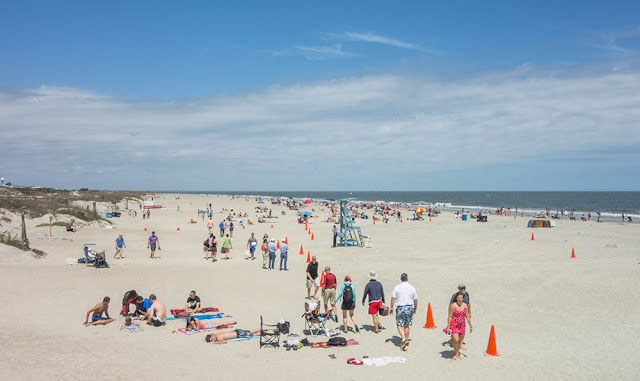 We finished our day by stopping at Wiley's BBQ and picking up some take-out ribs for dinner back at the Alfa. 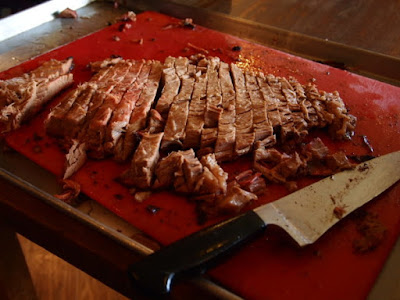