Not All Beans are Vegetables

When you check into most commercial RV parks, you get a map of the park that often has ads for local businesses and attractions. 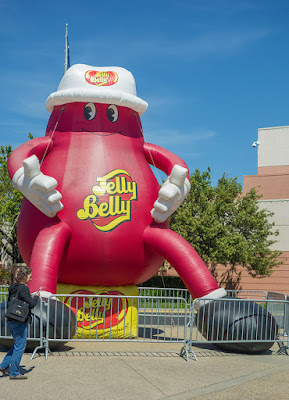 The map of Flag City RV Resort included mention of the Fairfield Jelly Belly factory. Oh boy! We both like Jelly Belly jelly beans, and will go on a free factory tour whenever we can.


I checked the location and found that going to Fairfield on the way to Berkeley only added a couple of miles. Free samples here we come! 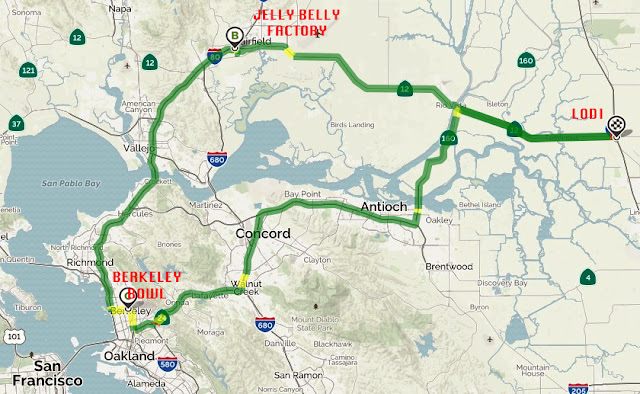 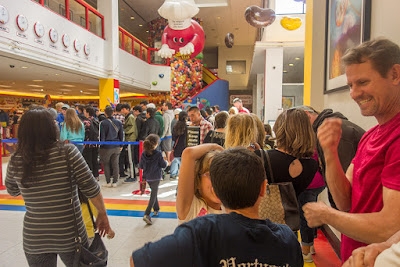 I was really surprised by how busy the visitors reception area was, until I chatted with someone else waiting in line, who pointed out that it was spring break at many schools. That was why he was there with his two grand-daughters.

Jelly Belly is a family owned candy company founded in 1869. There are two Jelly Belly factories in the US and one in Thailand.

Once we got upstairs and were doing the tour, the crowd was hardly noticeable. This may have been because groups of 30 or so were stopped to see an introduction video before they started the tour. 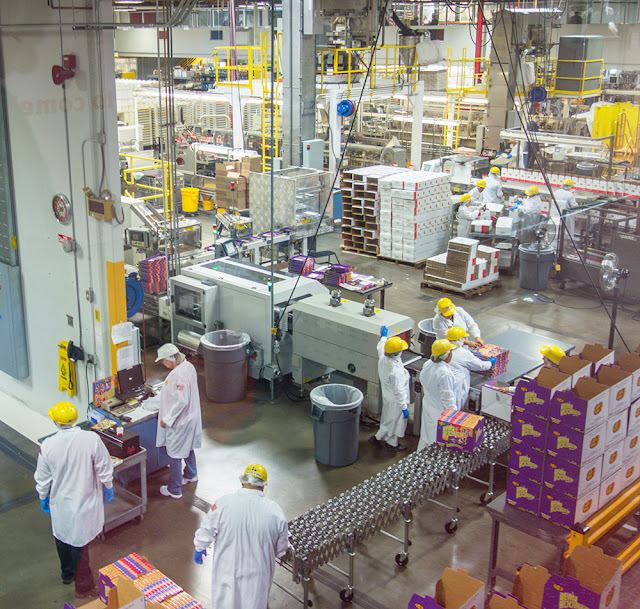 Although the factory tour was self-guided, it was excellent. From the windowed walkways, which overlooked the factory floor, we were able to watch every step of the process. There were numerous short videos explaining what was going on below, and human tour guides were stationed along the way to answer any questions.

The introductory video described how candy makers in the 1800s carefully made their treats by hand.

Now most of the work is done by machines, and we watched as robots did many jobs. One robot can replace many workers, doesn't get bored or tired, or require health insurance. We do not need to go back to the old work ways. We need to improve our educational programs so that workers of today and tomorrow can design, program, and maintain the robots.

Speaking of which, both of our grandsons are very involved in an international program in which teams of junior, and senior high school students design and build functional robots. This spring, we enjoyed attending one of the Southern California competitions our older grandson was in.

It takes two weeks, from start to finish, to make a Jelly Belly jelly bean. Much of that time the confections spend resting in flats between steps.

I wrote about the Berkeley Bowl grocery store several times when we lived in our house in the Santa Cruz Mountains in California. We haven't been back for several years, and I wondered if it would seem as remarkable as it had in 2011.

It did. The produce section is as large as many entire medium size grocery stores. Most fruits and vegetables are available in several price ranges from low cost "seconds" or "smallish" ones, to magnificent specimens offered at a higher cost.

Even though I tried to be a smart shopper, we bought more than we could easily store. I expected that, and got some of the insulated bags our daughter gets in her Blue Apron food boxes. Right now our couch is an auxiliary veggie bin.

It was a busy day, but we enjoyed it.