We are now at La Pine State Park, 15 miles south of Bend Oregon. Before writing about “now”, I need to go back a few days.

Craig and I rarely boondock, but if we do it is most likely to be at a well-lit parking lot, such as at a Walmart. I don’t like to travel more than 300 miles per day, and our next planned destination, Summer Lake, was almost 500. As it turned out, after a week on the road, there were a few items that are best found at a Walmart, that we needed to buy. Thus it was a logical decision to overnight at the Walmart in Susanville, California.

We arrived mid-day and there was only one other RV in sight. We circled the lot and parked near the Garden Shop, as recommended online. All seemed good. We checked in with a manager and did our small shop. As evening approached, a number of other RVs also pulled in. We could hear the expected traffic noises, but the night was warm and we left the windows open to enjoy the air.

Just before midnight I was woke by a loud, high pitched, throbbing noise. I looked out and saw a large, refrigerated “semi” had parked near us. It went on and on, and I realized he would be running his generator all night long! We closed the windows, but this only muffled the sound somewhat. I did manage to get back to sleep however.  Then a little while late I woke again and noticed the noise, while still there, had diminished considerably.  A large Walmart semi had pull in between us.  The rest of the night was peaceful.  I guess when the spot is free, you get what you pay for.

Our destination for Wednesday was Summer Lake Hot Springs. 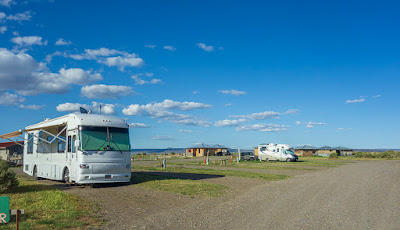 Like many of the hot spring sites, it is privately owned and operated. But one feels it is in a transitional period between being run-down and being rejuvenated.

The open RV area was a bit rough, but had 50 A full hook ups. Only a few other rigs were there. 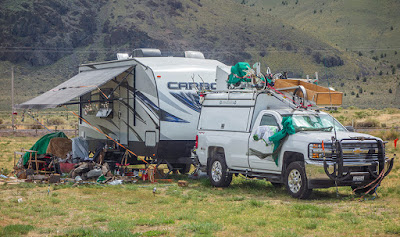 Unfortunately this one was right along the entrance road. It was a bit of an anomaly. Usually when you see a junk site, like this the RV is also a piece of junk, old and neglected. But if you look closely you can see that it is a newer trailer in good condition, hitched to a newer truck. I wondered what the story was.

[From Craig] At first we thought this site was unoccupied, but come evening the resident appeared. First he built a good-sized campfire, and when that burned down he turned on one of those rotating blue-light “sprayers”. So he has resources for fun, just not for neatness. I bet he is recently split from a significant other who made him keep things orderly.

There was a lot of construction going on. There were several new cottages that have been stuccoed recently, and were awaiting painting. In another area several wood units were available for overnighters, and one could see new wood and repairs on the older barn and storage buildings. 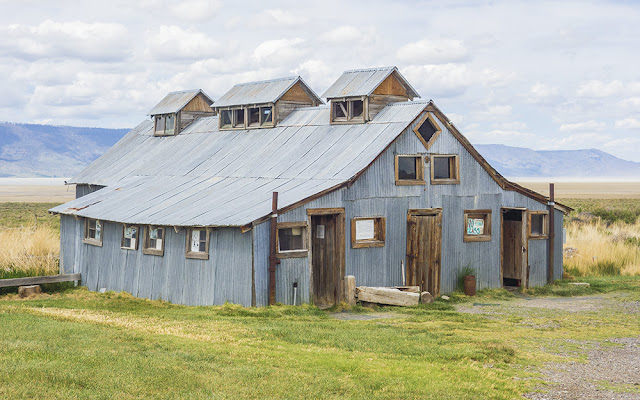 The metal building that housed the 20’ X 30’ hot pool is the oldest such structure in Oregon and designated a Historic Site. Much of the interior wood was old, but the overhead supporting beams were newer. 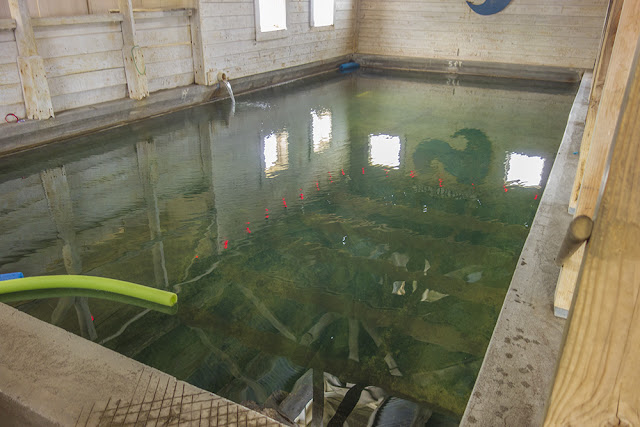 It was difficult to take a picture of the pool because there were so many reflections on the water from the windows and skylights. The pool was cement bottomed, with a constant flow of hot mineral water and a depth of 3’ - 5’. The mineral water temperature was about 100°, and no chlorine or sulfur smell. I enjoyed two long soaks on the day we were there. One when we arrived, and a second after dinner. Craig joined me for the first. 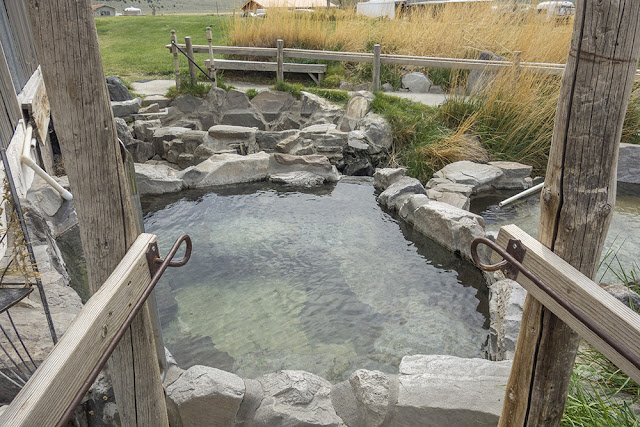 There were also three small outdoor pools. I could imagine a dark night soak looking up at the stars, but for a day visit preferred the deep water of the main pool.

I’m not sure we would stop here again, but it was interesting for a one-day visit. It would be great for someone coming home from a ski trip!
And I understand it is a favorite “after Burning Man” party place.

We will be at La Pine for a week. As I’m writing this on Saturday, and I see that the full hook up sites are all full. When I made our reservation several months ago, I looked on Google Earth to see if I could find a satellite-friendly spot. I did, however, our Verizon reception is weak, and since it is our hot spot, so is the internet. I’m wrote this in Word and posted it down at the library in town.

On Friday we visited the High Desert Museum, just south of Bend.

In addition to some very good displays of things belonging Oregon Trail pioneers and the Indians, they had some very healthy live animals on exhibit. We were told than they are rescues that cannot be returned to the wild. It didn’t feel like a “zoo” , and the critters looked peaceful. 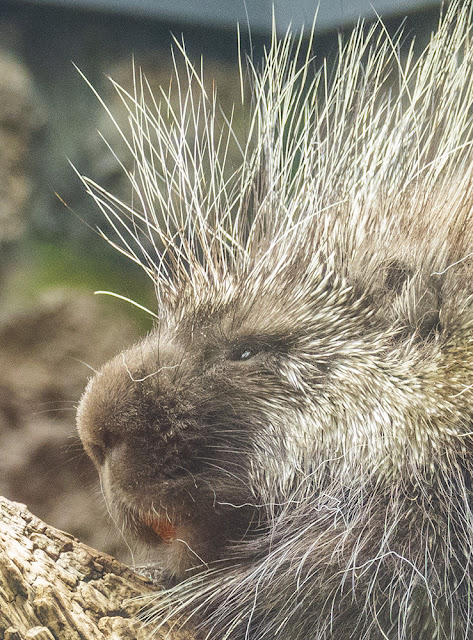 My favorite were the Porcupines. 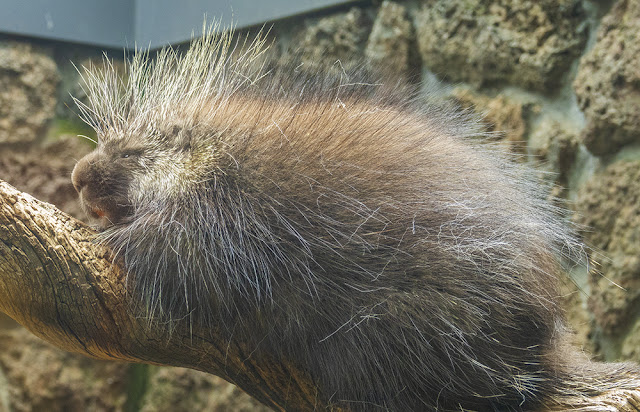 They look so soft and cuddly, which is of course deceiving. 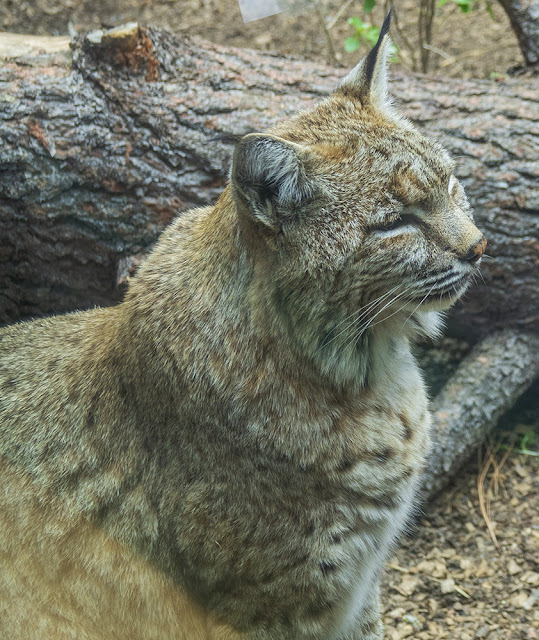 This is the fattest Bobcat I have ever seen. He seemed happy, and in his enclosure he had toys and a big cardboard box to explore. What cat doesn’t love a cardboard box! 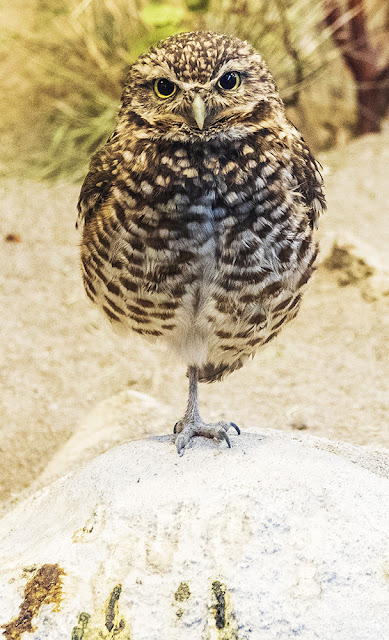 Can you do this? 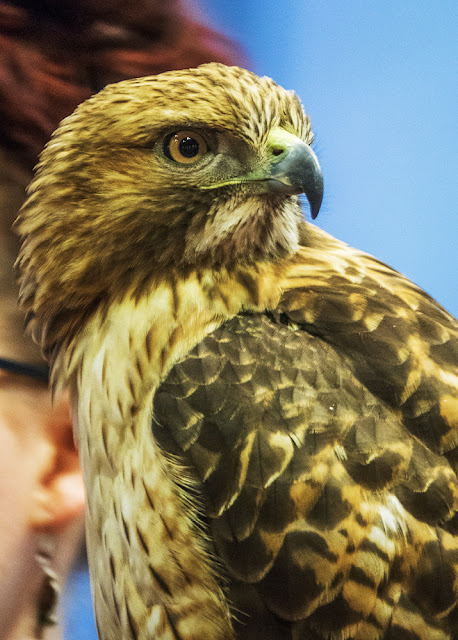 It was a treat to see this Red Tailed Hawk up close at the "Raptor Encounter talk.

We see so many flying and perched on fence posts as we drive country roads.

This bird was a rescue and is just getting used to being in front of a crowd.


In the next few days we will be taking some walks in the park and enjoying some cool, quiet forest nights.