The Dinosaur Park is located in Ogden, UT not far from Charlie's, where we were waiting on parts for the Alfa's generator service. A perfect day activity! After resting my knee for several days, I was ready for an easy walkabout. 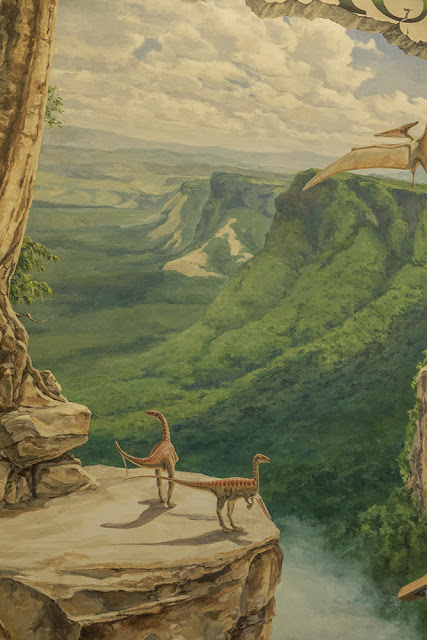 When we went into the reception area of the Stewart Natural History Museum at the Dinosaur Park, this mural over the staircase caught our eyes.

I wondered if they were retired, and  had a dinosaur RV! 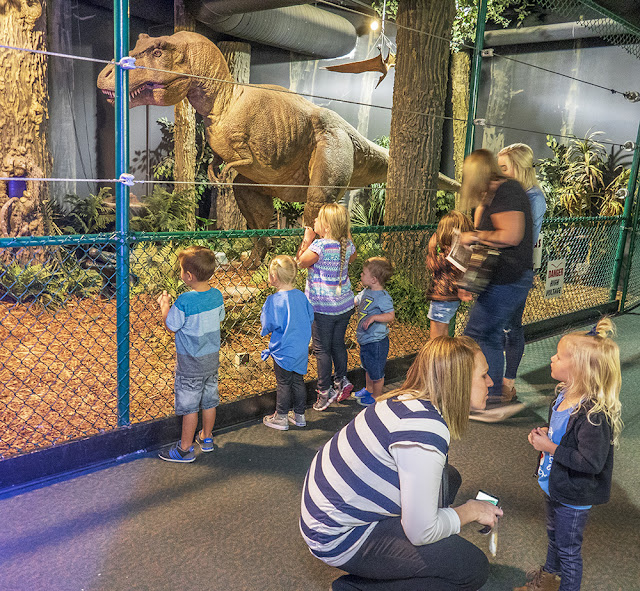 The first exhibit you see on the second level is an animated T-Rex threatening a triceratops mom and her two little ones. There is a lot of roaring and bleating as the massive sculptures bob and move their heads. The human mom in the forground was trying to talk her little girl into approaching the fence like the other kids. She was pretty scared! 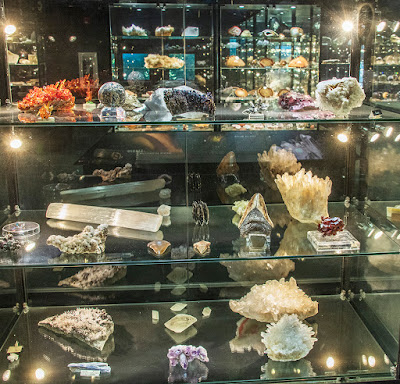 Also on this level was a wonderful exhibit of one-of-a-kind crystals
and gemstones.

These were only a few of the most beautiful crystals I have ever seen.

From a balcony on the second floor we were able to get an overview of the first floor which contained several full size skeletal dinosaurs. Most (perhaps all) were reproductions. 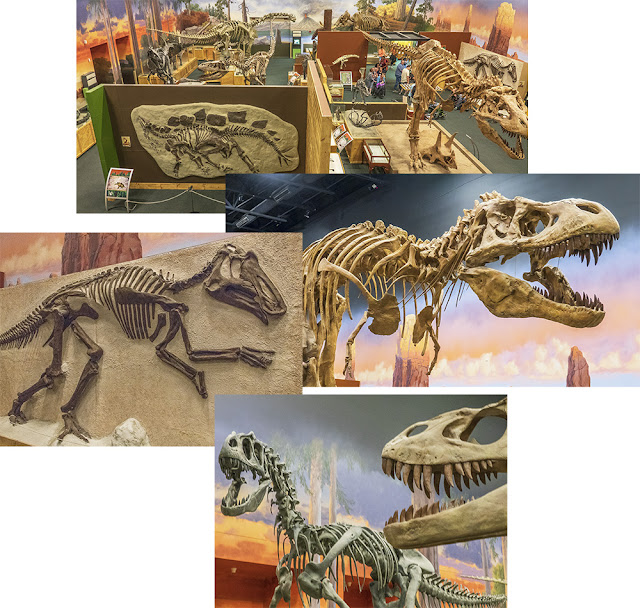 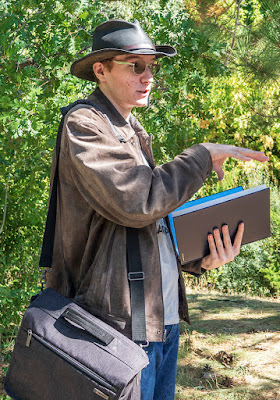 After looking through the museum, we went out into the park gardens and connected with a very well informed young man who gave us a 30 minute tour, telling us about some of the very realistic sculptures on exhibit. 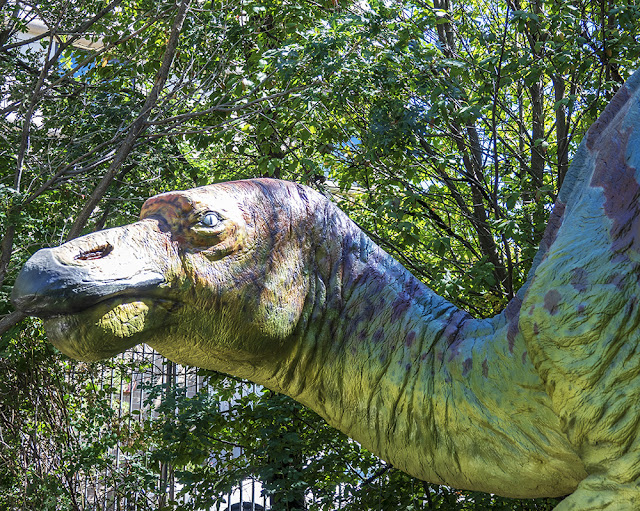 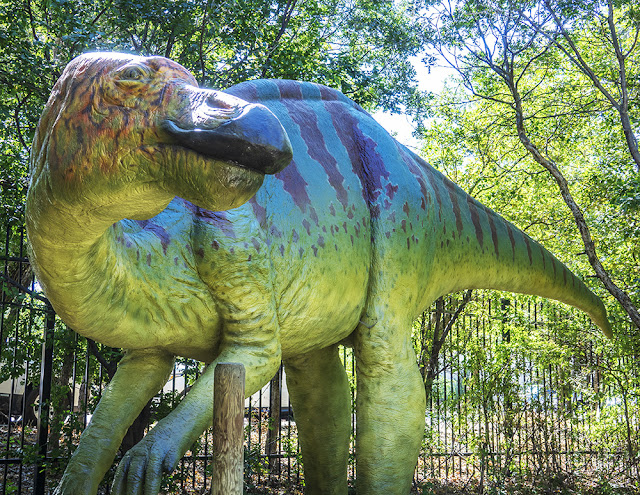 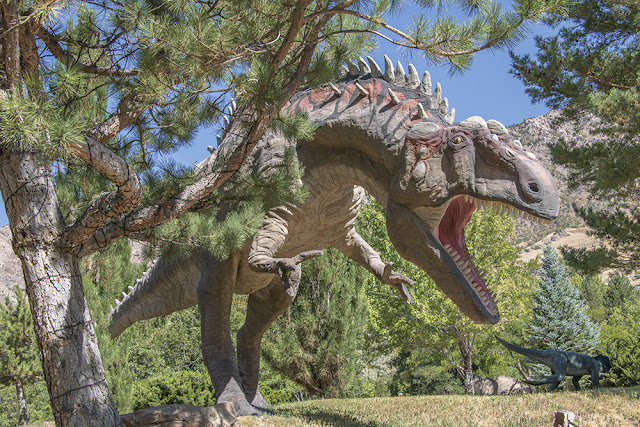 One of the neat things about the exhibits were all the roars, cries and stomping noises that were being broadcast from slightly hidden speakers in the bushes. It made it feel like there were many live, unseen, dinosaurs just "over there."

There were many other wonderful sculptures in the gardens and we enjoyed them all. I would highly reccomend Ogden's Dinosaur Park if/when you are in the Salt Lake area.  The Senior entry fee was only $7 each.

All our maintenance is done, so we are running off together toward the south on Saturday.