On The Way To the Grand Canyon North Rim 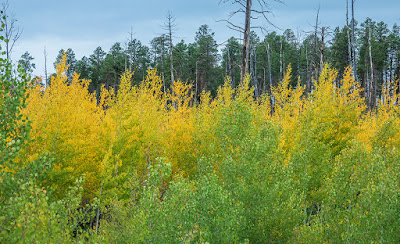 This week we were on our way to the North Rim of the Grand Canyon when we were pleasantly surprised by a glorious display of aspens in peak fall color!

Way back in February, when I was making plans and reservations for our summer travels, I decided that this was the year we would try to see the North Rim of the Grand Canyon. In past years, a visit there just never worked out. Whenever we were near, it was either too early or too late in the season.

I checked out Recreation.gov and was delighted to see we could get a spot for our 35' motor home at the North Rim Campground in fall. Some of the national park campgrounds have smaller size limits.

Although the drive from Monument Valley to the Rim was only about 250 miles, we decided to stop for a night at Jacobs Lake, a Forest Service campground 44 miles from the rim.  This was because we could not get another night at Gouldings, and because we needed to stop for groceries in Page AZ on the way. 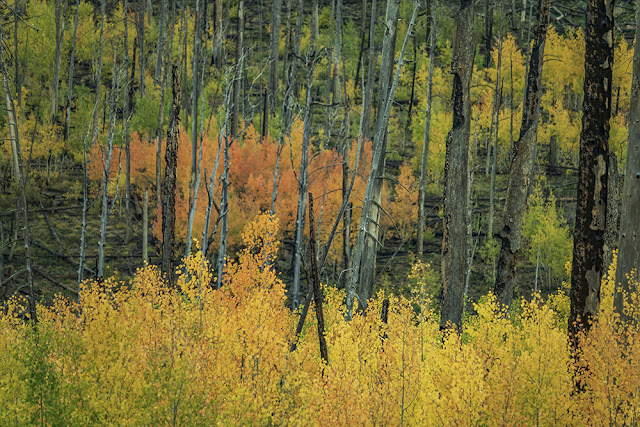 I had been anxiously checking the weather forcast every day during the weeks before our reservations. Two weeks ago, it was in the 80s and sunny at the Rim. One week ago, it was in the low 70s but still sunny and not too cold overnight. By the time our October 2 arrival date showed up in the five day forecast, the temperatures had dropped to the 60s and rain was predicted. 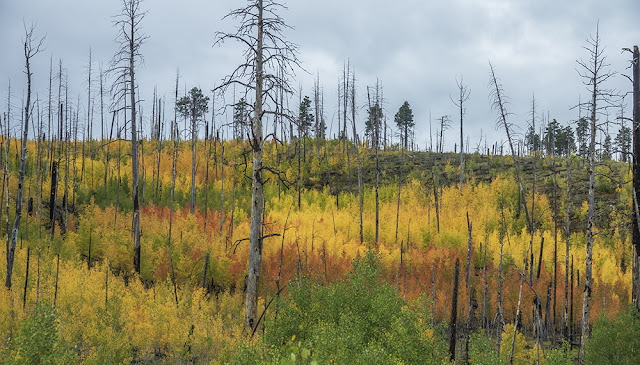 But the weather can always change, and we had reservations. As we drove to Jacobs Lake we had just a sprinkle here and there. It did rain quite a bit overnight, but we were lucky to have only misty rain on the 44 mile drive to the rim Tuesday morning.

We were planning on seeing the Grand Canyon. I never thought about the possibility of seeing miles of aspens that literally glowed. I'm not sure if the overcast sky contributed to their brilliance, but the wet air seemed to make the greens brighter and the black charred trees darker. 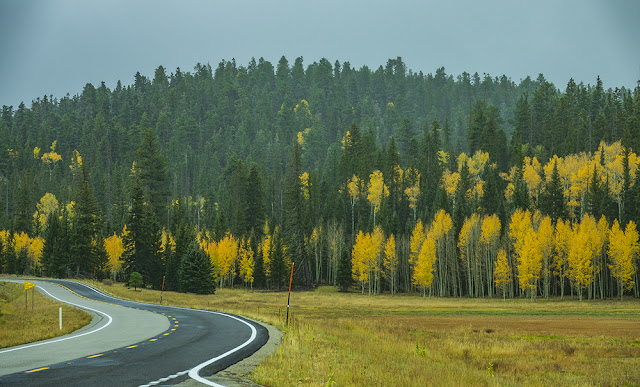 Once we had passed the fire-damaged area, more mature aspen mixed in with the older conifers. It appeared that some had already started to drop their golden leaves. 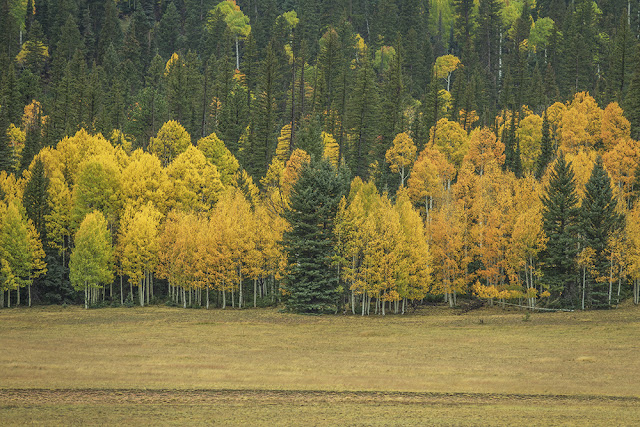 Just one more picture!  They were just so amazing and a wonderful surprise on a gloomy day.

We were at the campground (and settled in) before noon. It had started to rain, so we opted for an indoor activity and headed for the Visitors Center and Lodge. 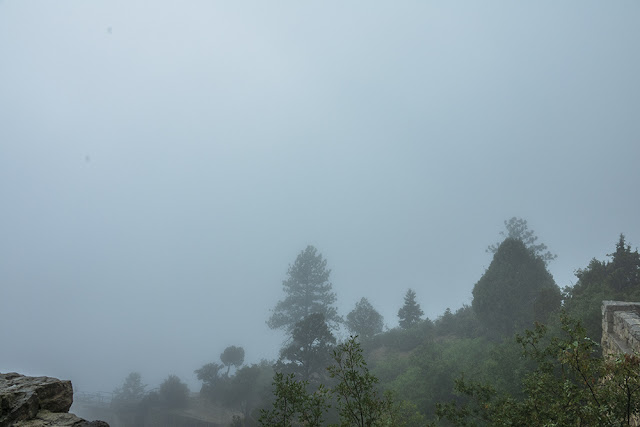 I knew the Grand Canyon was there, but as my daughter said about skiing in fog, "the view was like the inside of a marshmallow".

We will be here for four days, so I am optimistic that we will have better weather another day.

A few of the people sitting around in the lodge were not so lucky. They were on a tour and were only there for one day. 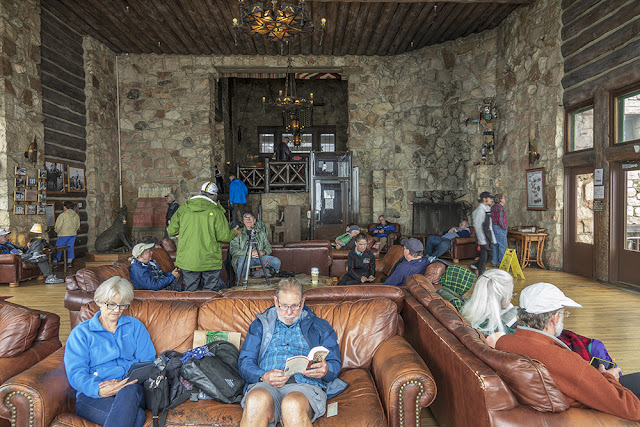 We were back in the Alfa by mid-afternoon, and were happy to be warm and dry when it began to thunder and pour heavily for a while. I'm always glad we are not in a tent at times like that!