The West has so many wonderful places to hike and beautiful sights to see.

On Tuesday we headed about 20 miles outside of Las Vegas to the Red Rock Canyon.

You guessed it, it has some pretty neat red rocks! 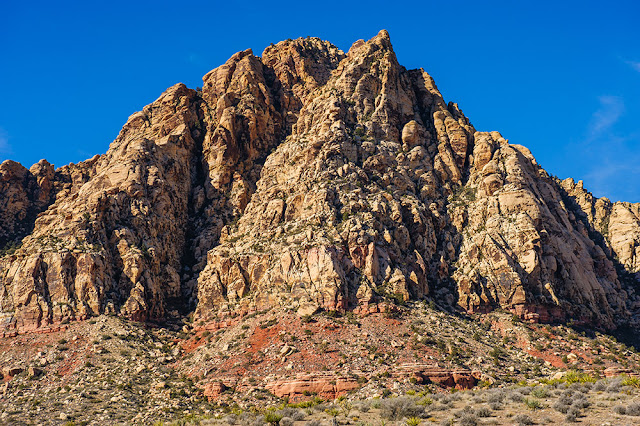 There is a one way scenic drive with many easy pull outs and small parking lots.

In the visitor center I met a rather large lizard. 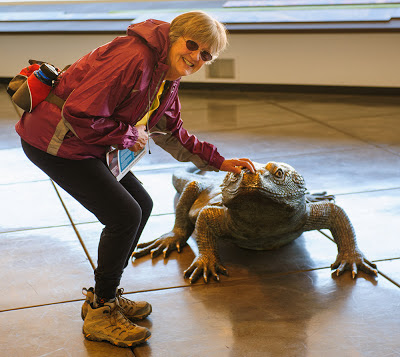 Good thing he was made of bronze.

I had read about the many trails in the park the night before, and picked out a promising six mile loop. It started out along one side of the mountain and we saw some petroglyphs on the walls.  There was a sign drawing our attention to them.  Without the sign we would have missed them. 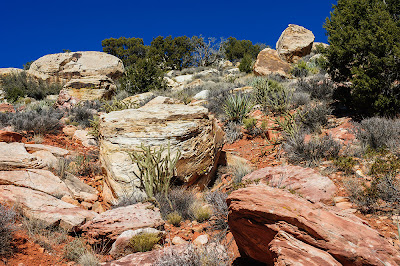 In the same area the plants were more varied and vigorous than later on the loop.  How many types of plants can you see in this photo?

Then we hiked across a desert area.  Lots of cactus and shrubby plants.

As we made our way into the canyon there were some areas where we had to scramble over rocks.  I love the roughness of these areas, but wish there were just a few more small, unobtrusive trail markers.  There was no way to get lost because we were in a canyon, but we did lose the trail a couple of time. 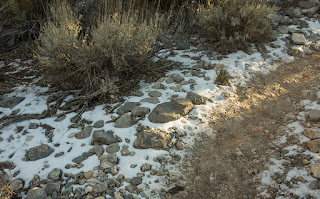 We felt we had to hustle along on the last section of trail because the sun was starting to sink behind the mountains, and it was getting colder. There was a thin layer of snow in some of the shaded places. 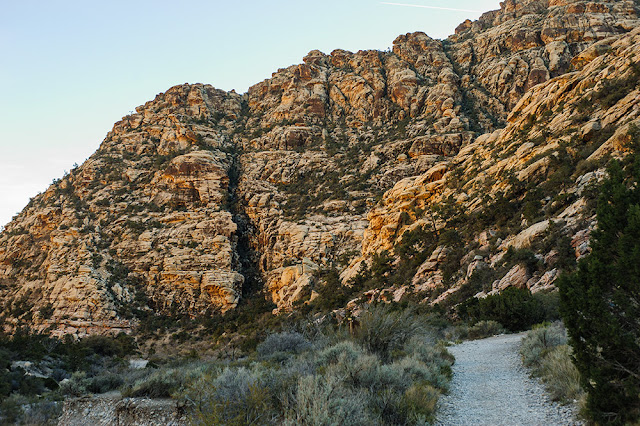 This was just one of many unique rock walls. This section of trail was easy to walk.

Just before we got back to the parking area the trail became an unmaintained road that was restricted to high clearance vehicles.  We saw couple of Jeeps along it.  At one point there was a vehicle parked and we could see the occupants were looking at something on the side of the mountain.

Can you see anything? Look carefully. 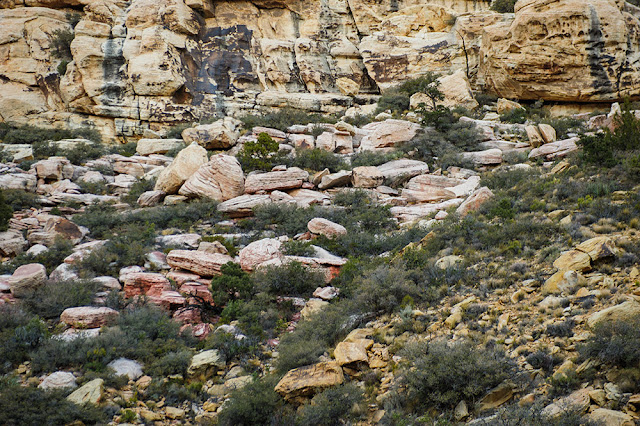 At first we couldn't see anything, but then Craig spotted a bighorn sheep. 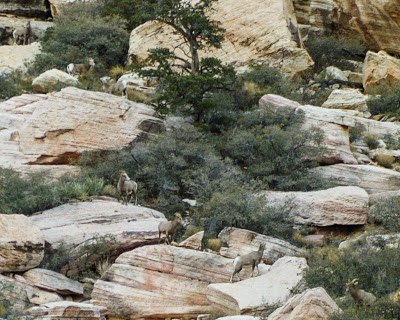 As we watched six more appeared.  They were at least a quarter mile away and stood very still. 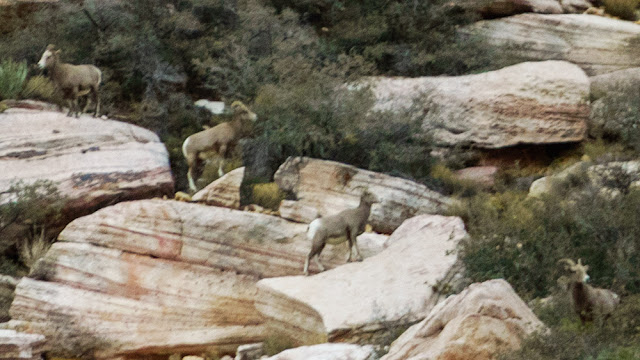 It was exciting to see them in the wild.
I feel lucky.