Zebra Mussels and a Big Bird

On Monday, after getting settled in our spot at Harrington Beach State Park, and taking a few hours to rest and do some internet things, we decide to take a walk. We drove to the Welcome center and then took a trail down to the beach.

The afternoon was cool and a bit overcast. 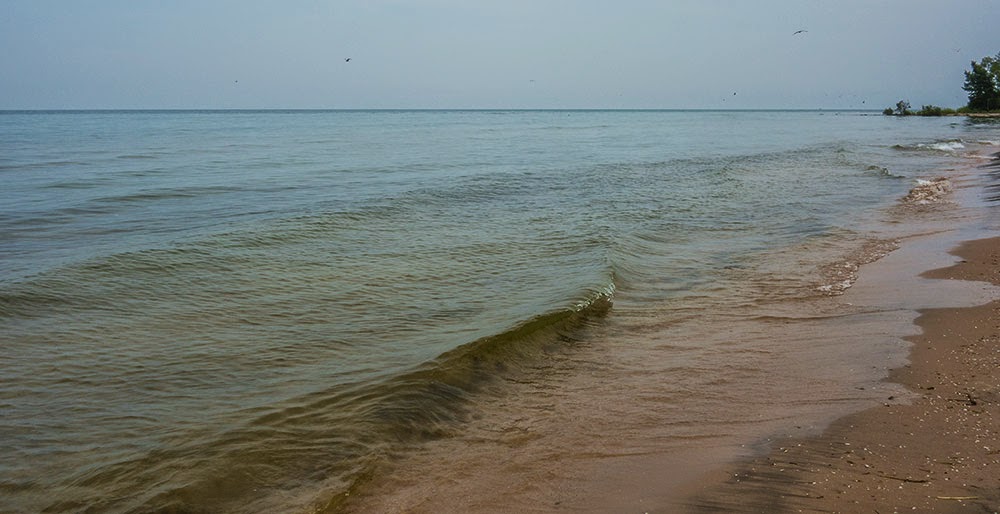 I remember taking many walks on the shores of Lake Michigan in years past. The beaches were always either sandy or stoney. Parts of this beach were covered with a thick layer of broken shells where the waves had washed them ashore. 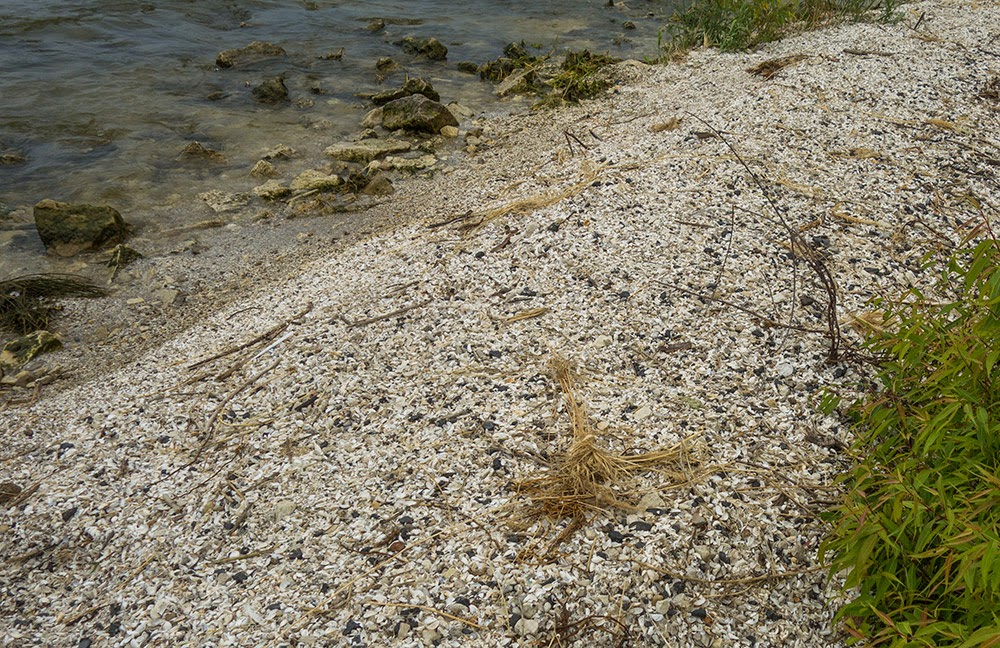 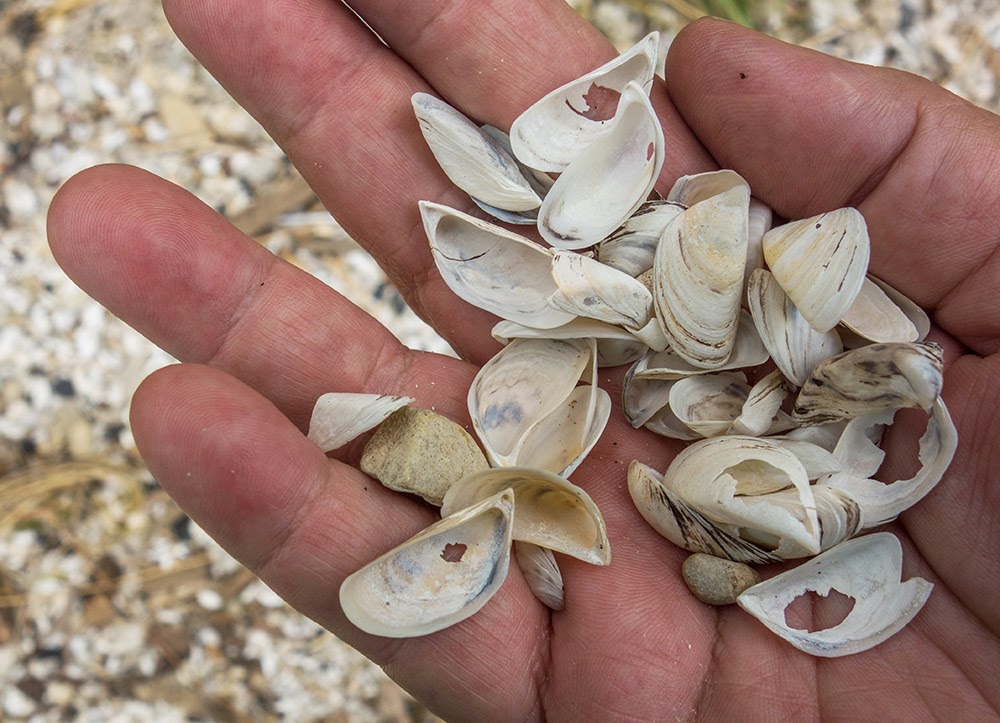 The Great Lakes have been invaded by at least two kinds of mussels. The first to arrive were the Zebra mussels. They have done a lot of damage to the ecosystem because they filter out so much of the plankton that is the food of the smaller fish. The larger fish are starving because there are fewer and fewer small fish for them to eat.

The second and even more damaging mussel species are the Quagga. They can live in colder and deeper waters.

They both came to the Lakes in the bilge waters of foreign freighters.

There is still talk of closing the Lakes to ocean going ships.

As we walked down the beach we came to a small point. On one side the sand and rocks were somewhat clear. On the other a lot of algae had washed up and the smell was quite foul. We decided to turn inland along a short side trail. 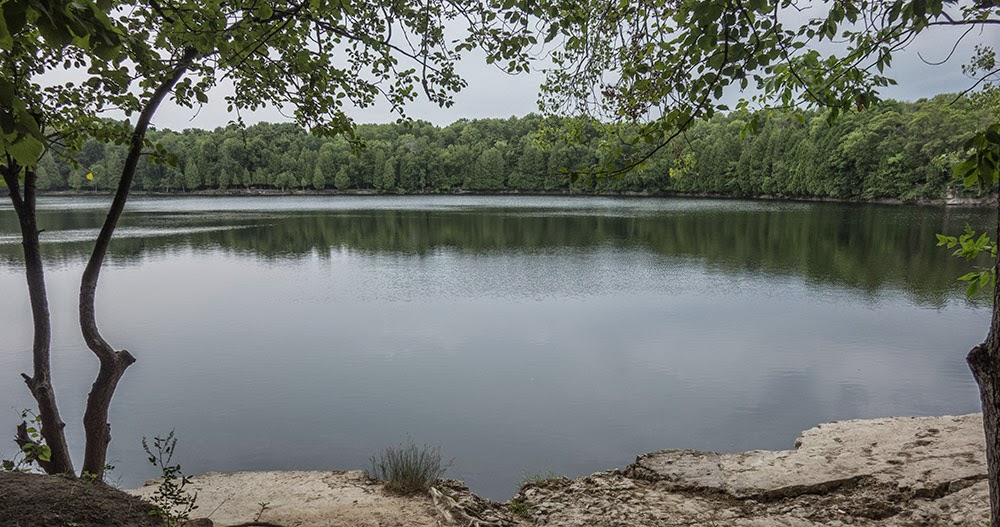 Quite near the shore there is an old, abandon limestone quarry that has filled with water to form a small lake.  The map indicated it was about a mile around. Just about right for us on this travel day afternoon. 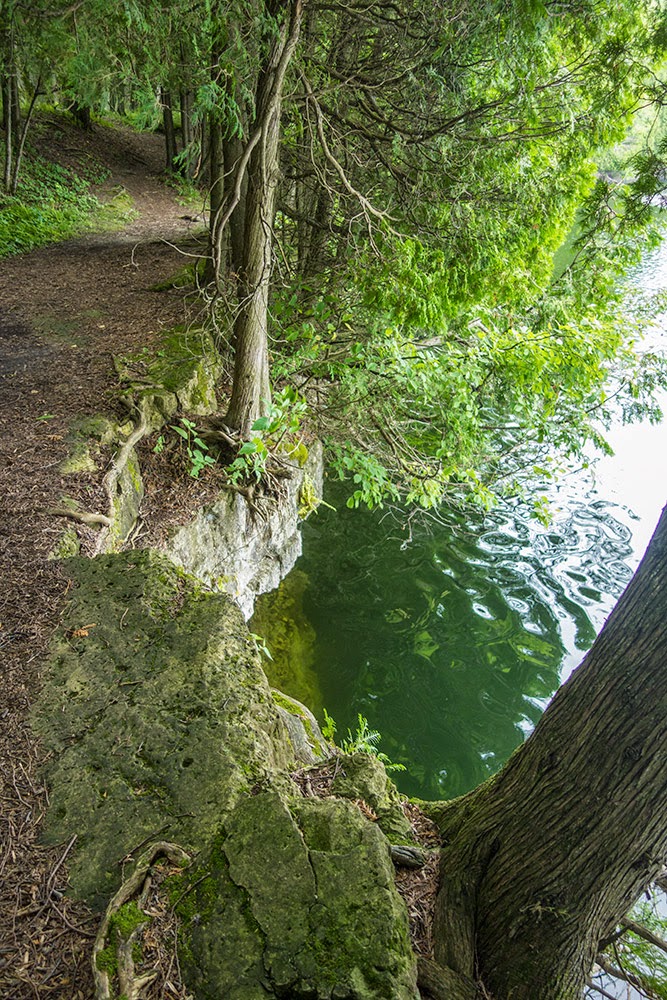 Parts of the rather level trail were right along the edge of the quarry wall. You could see many small fish in the clear water. 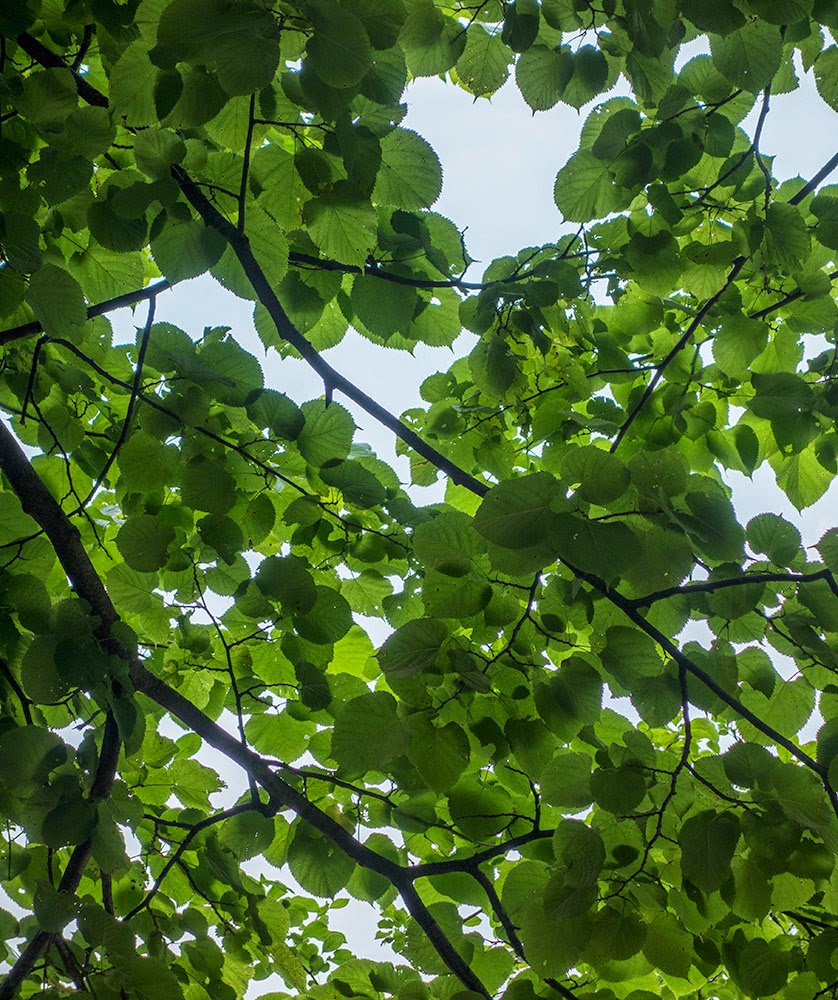 I like to take walks that are not so challenging that all I can do is keep up.  This was that kind of walk. At one stop I noticed this beautiful overlapping pattern of the leaves. The light was just right. 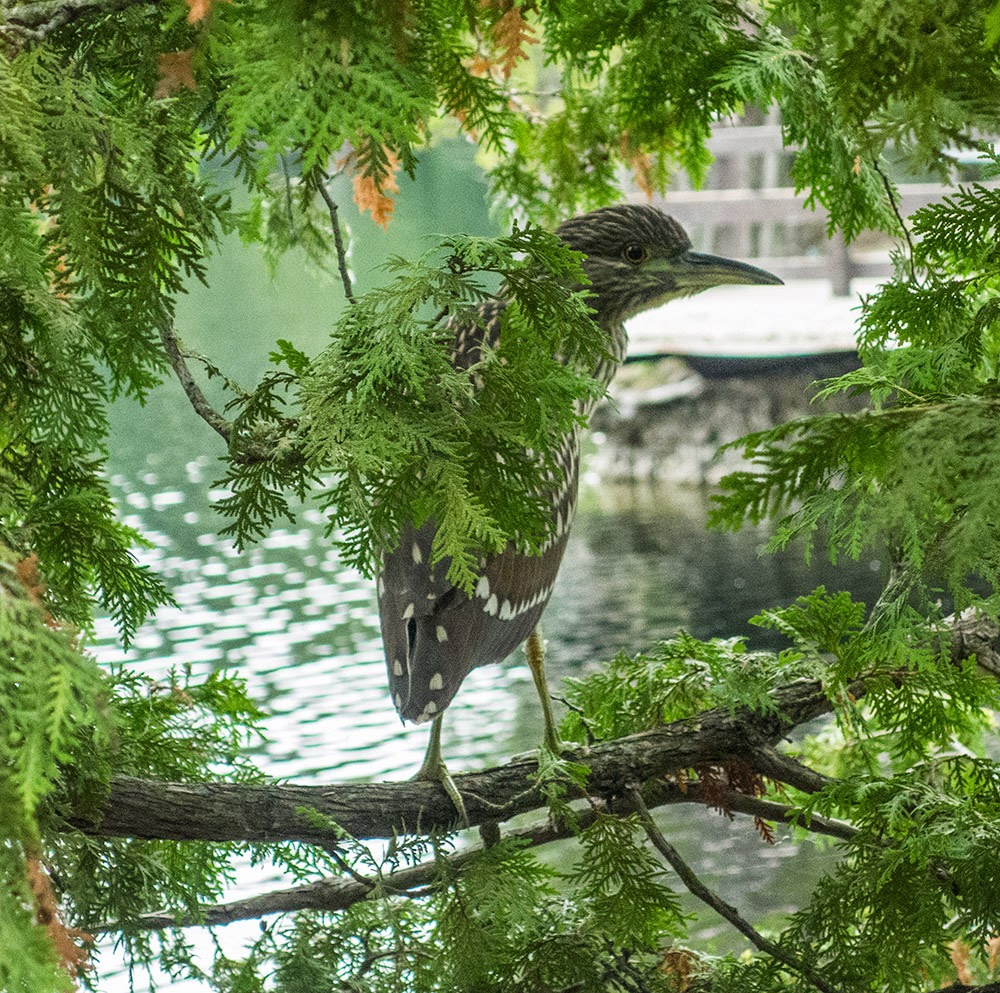 As we came around one bend in the water side trail there was a young couple, with a nice golden retriever, stopped on the path, looking carefully into the trees. "Do you know what kind of bird that is?" they asked. He was quite large, and seemed to be hiding. He knew we were there, but since we didn't make any sudden moves or approach him he stayed put.  From his legs, beak, and size I guessed he was some sort of heron. From his plumage, I thought he was a juvenile. The couple with the dog moved on. I was able to slowly move a bit closer to him and get the picture above.  When we got back to the Alfa I consulted my Audubon Society Field Guide to North American Birds and concluded he was an immature Black-Crowned Night Heron. We are going to keep our eyes open for his mom or dad.  They are really neat birds.

Speaking of birds, while in the Milwaukee area, I was thrilled to spot three cranes in a field.  We were just driving down a country road in Racine, and there they were, quite close to the shoulder!  We didn't stop, and I didn't get a picture, but I know they were cranes!  Wow!

As a young person in Wisconsin I was always very interested in wildlife. I seem to remember the sad decline in the crane population, and am heartened that they are slowly coming back.

Maybe we can share the planet if we are more careful.

What have you seen recently that was a surprise?