Thursday we took the last two-mile hike of the week. We are going to take a couple of days off to do some other things, like going to the local Farmer's Market, doing the wash, and driving up to Coos Bay for a Walmart grocery pick-up. 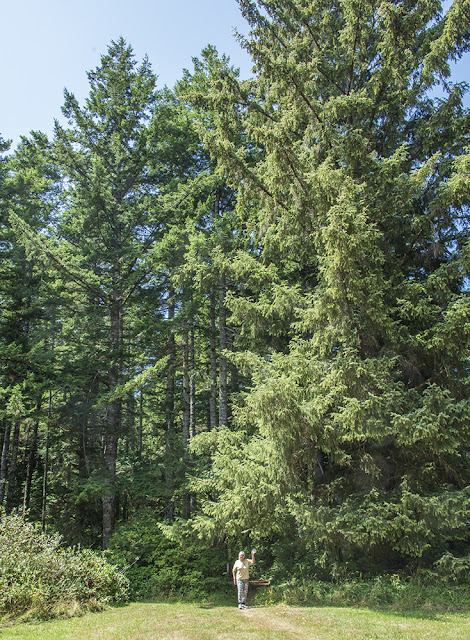 We hiked the Lost Lake Trail which is on BLM land about five miles from Bandon By The Sea RV park.

So far the hike maps and directions that I have gotten from All Trails have been accurate. 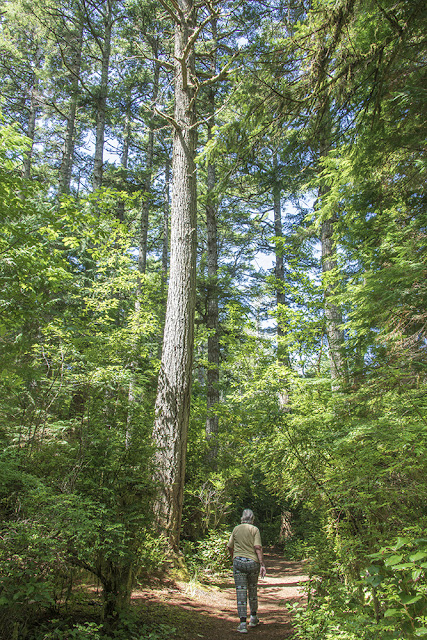 The trail started by going into a dense wooded area on a very nice solid path.

It was Craig's turn to be the photographer. 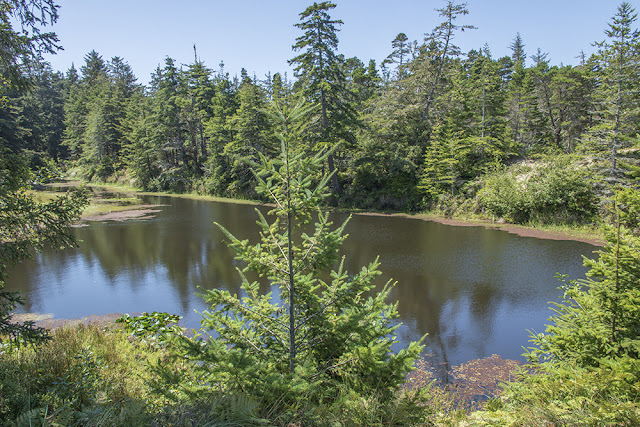 The path went past a series of ponds called Lost Lake (perhaps only some of them). 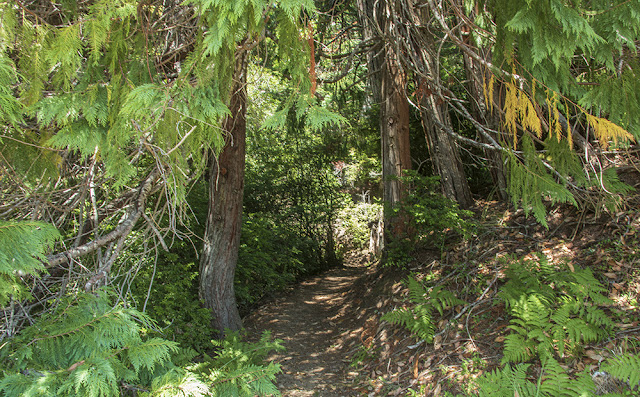 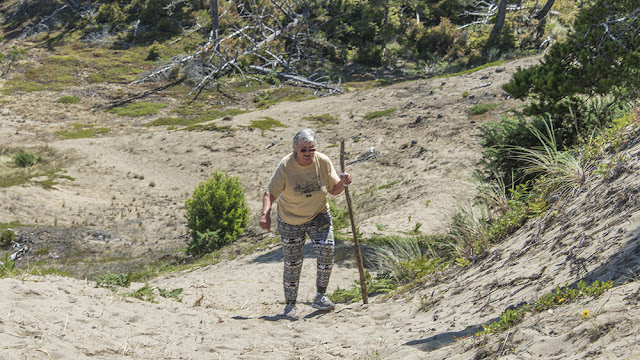 But, the nice path only went about 1/4 mile before it became sandy and harder. 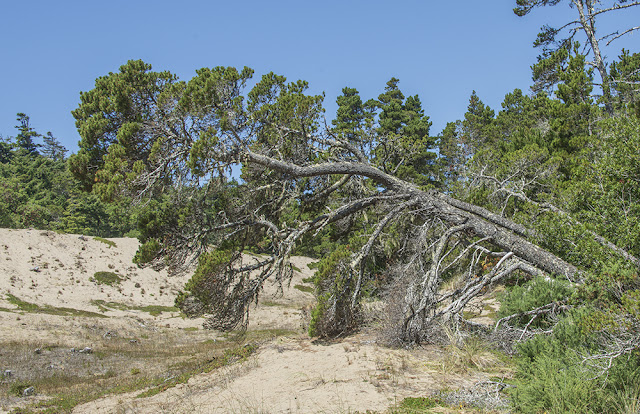 This is the way I felt when I saw the sand!  Somehow I had thought it would only be on beaches.  🙂 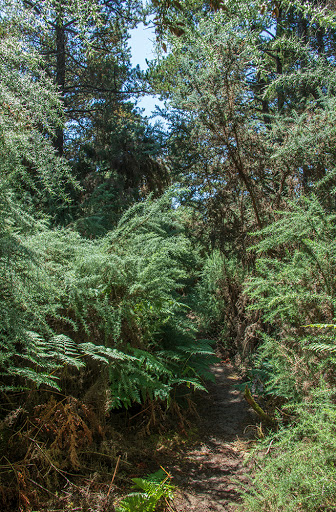 The trail description indicated it was 1.7 miles, out and back, but at about the mile mark we came tp a sign that said we were leaving BLM land.

Shortly thereafter we came to a wall of gorse, a very prickly invasive shrub. Craig wanted to go on, so we did. 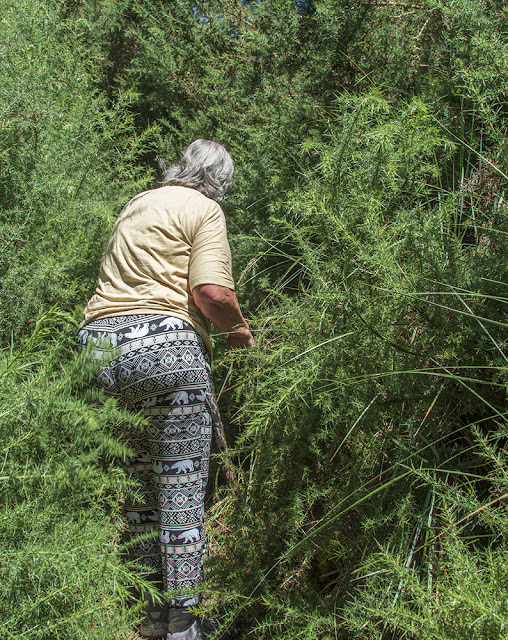 As it got thicker and thicker I soon had had enough and turned back.

It not the worst plant I have encountered, but close to it. It doesn't have a lasting sting like nettles, but it feels like being assaulted by mess of needles.

One thing about "out and back" hikes is that you know what to expect on the way back. 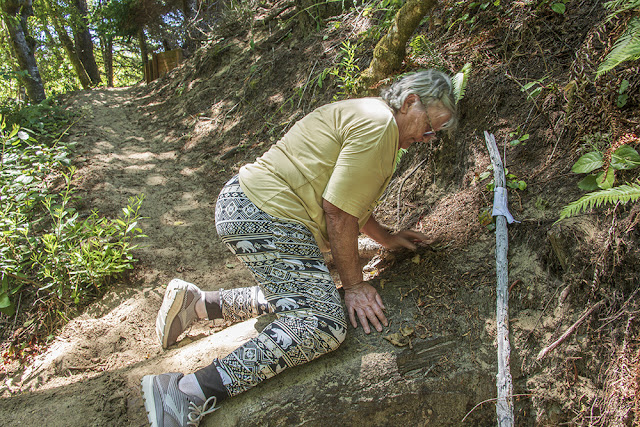 The down side of this large log was several feet deep, and it had been a real challenge for me to get over it. In fact I fell going up, so I was very cautious going over it on the way back. 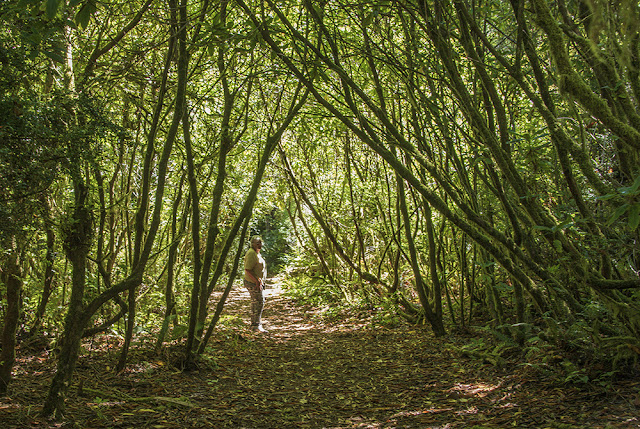 Glad to be back in the wooded part of the hike

We went to the Bandon Farmer's Market on Friday. It was a bit of a disappointment, but I was able to buy a nice piece of fresh halibut to grill for dinner.

I know in my heart that this will get easier. When I look back a few years, our average hike was four miles, and some were pretty rough. The good thing is that although I feel exhausted when we get home, I'm OK in an hour and really feel good the next morning.

With that said, I'm looking forward to a couple of days rest.