Well, tomorrow morning will be interesting and scary.


Our salesman, Bob, called Craig Wednesday morning to ask when we were coming to see the Alfa.  I had told him I would be in San Diego thru Wednesday, but I hardly intended to rush from the airport to the dealership.


Craig is involved in something "very interesting" at work this week and didn't want to take time away from his project, so he told Bob we would come up Saturday.

So today I scrambled to find someone who did RV inspections in this part of the state.

Using Google, I  found a company that had "affiliates" throughout the country for  auto, boat, and RV pre-purchase inspections.  I talked to their area "affiliate" and got an idea of what he would do.  It sounded great, but unfortunately he was not available until the end of September.  I don't think La Mesa would go for holding that coach out of inventory for that long.


That guy suggested that I arrange to take it to another dealer to look over.  I found one  that listed pre-purchase inspections on their web page, and are  near-by.  I talked to someone in their service department and got their information.  They said they could do it next week, but we would have to arrange to bring the Alfa there.  I know that although they do  sell some used class As, they primarily deal in trailers and fifth wheels,  so I wasn't sure if this is who we wanted. 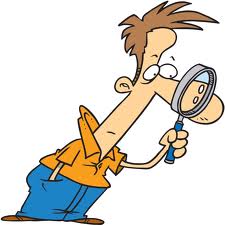 Then I  found a guy that is independent, and does RV repairs  renovations, an inspections.  He said he could go to La Mesa and do a complete body and appliance inspection.   He said he would certainly run the engine and give us an opinion, but  that he is not a diesel mechanic.


Considering the size of the investment, and our lack of experience, we feel having someone else look it over is a smart move.  La Mesa does a "45 point inspection" and a 30 day warrantee, so they shouldn't object to another pair of eyes.  If they did we would not walk away, we would RUN!


I think all of this due diligence will serve us well wether we choose this one or another down the way.


Keep your fingers crossed for us, On one hand I'm tired of shopping, and on the other I don't feel like I've seen enough.

I also finished a unicorn order today,
and researched my medicare supplement options!
My head is spinning.
Posted by Merikay at 6:58 PM