In my last post I wrote we had only a 56 mile drive. You would think that would be an easy, worry-free day.  Well, it almost was. Until just before our Rand McNally navigator told us we had arrived at our destination and to turn right, I spotted this sign on the side of the road.

Yikes! The Alfa is 13'-3" tall. We pulled into the park entrance as directed, and saw this sign: 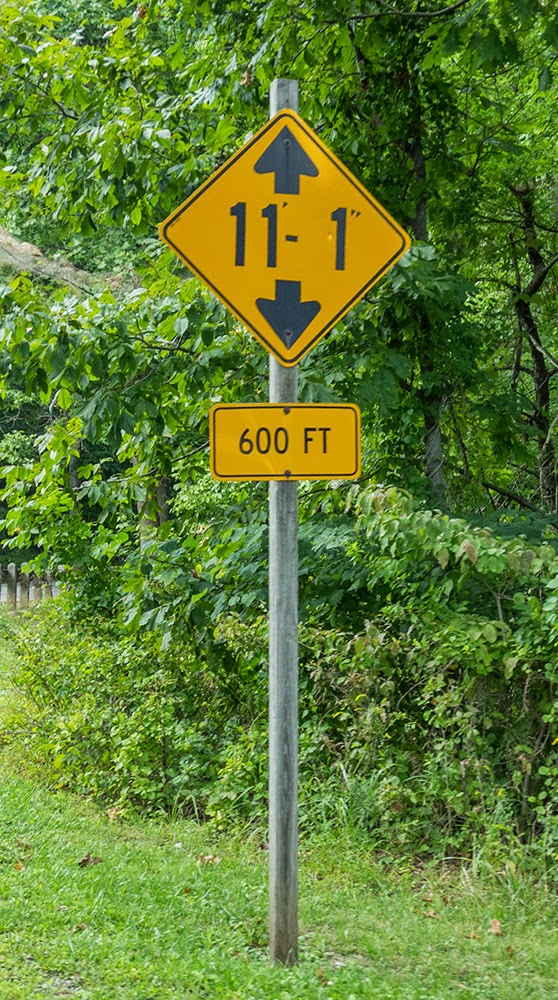 But there also was a sign that said: "Campground" with an arrow pointing right down a side road.  We pulled over and stopped in a not very good place.  What to do? I tried to call the park headquarters, only to get a message that it was closed for a furlough day. I tried calling the main park service number and got the same message.  Meanwhile, Craig was nervous about where we had stopped, and decided it was best to get the Jeep unhooked so we could turn around.  To our left there was a road marked as being to the Park Headquarters, and we hoped there might be a map posted, or at least a place where we could get the Alfa turned around.

No map or information. No Rangers. But we did run into another man, who was familiar with the park and told us how to get to the park entrance on the other side of the highway that would get us to the campground without having to go thru the 11' -1" tunnel.

It was quite easy, and we were soon tucked into our new wooded home. 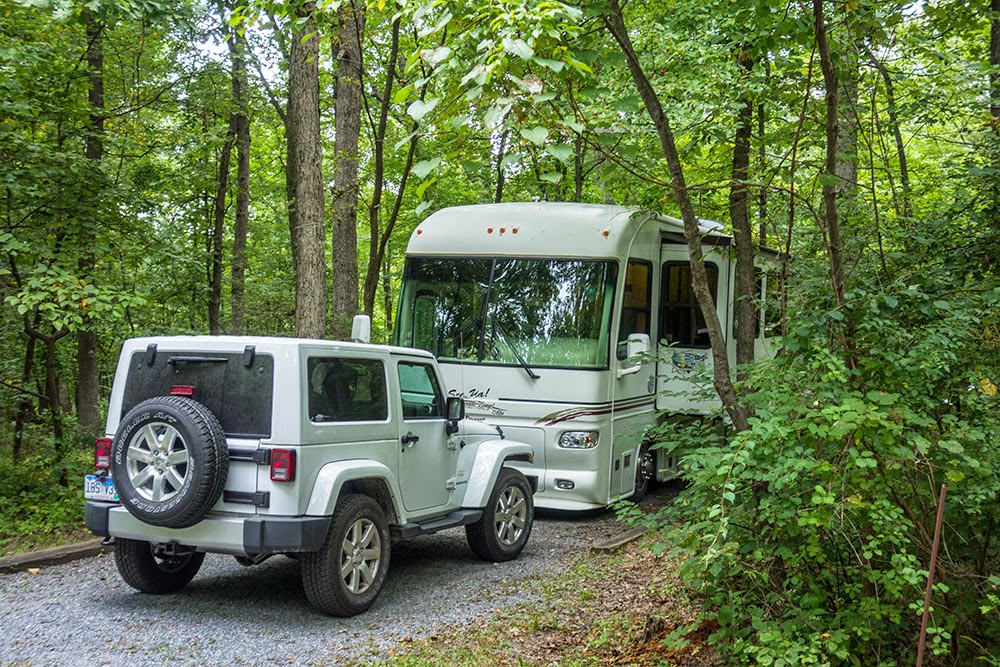 When we did check in at the entrance to the campground I told the Ranger there about our confusion on the other side.  She just laughed, and said a lot of people had the same experience! I did not say any more, but had printed directions from their web site about how to get there, and they did mention the other entrance without a word about the tunnel.  Our Rand McNally is programed to alert us to low clearances, but not once we are at our destination or already into a park.  This could have been a disaster! 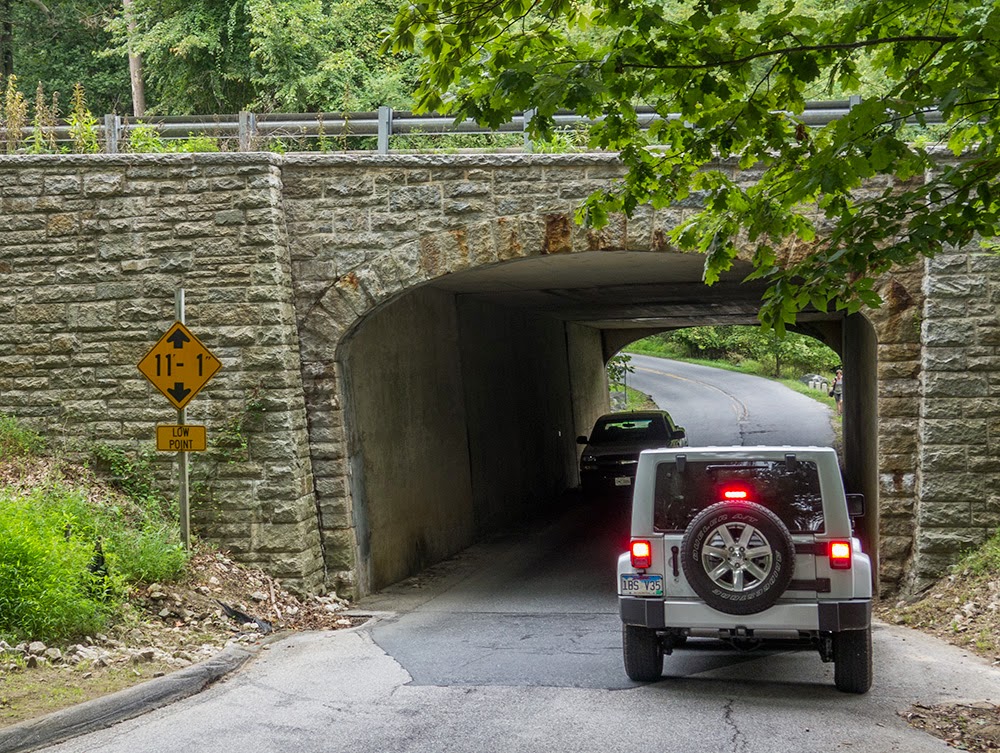 Later in the day, when leaving the park for a few errands, I got out of the Jeep and took this picture.  Lesson: Read all yellow signs! They are warnings and cautions.

Early the next day I took a short walk around the campground and when I found a Ranger I asked him about "easy" hikes in the park. He told me about a 3-4 mile walk along the river that we might like. 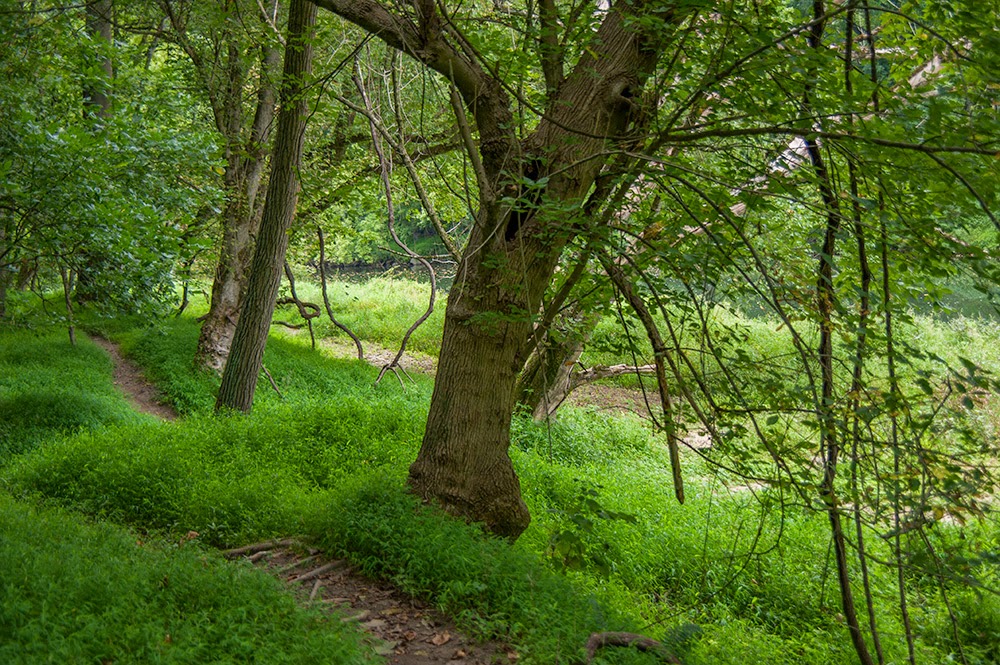 The Old Main Line trail in the Daniels area of the park was just what I had hoped for. 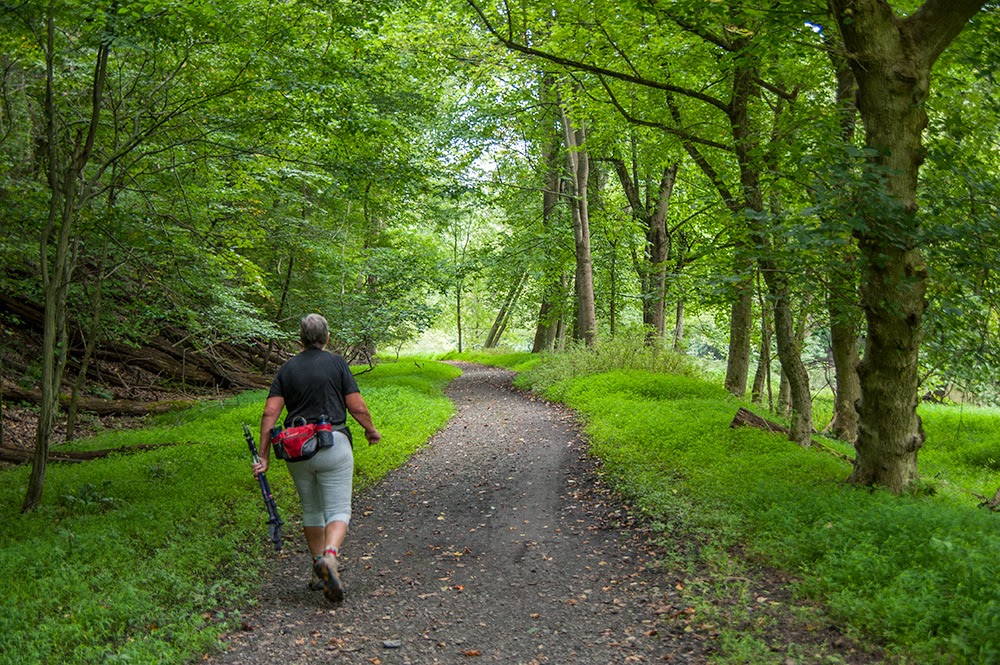 The path was level and well marked. We only crossed paths with a few others, and enjoyed a relaxing walk. The day was quite warm, and just a bit humid, but the well-shaded trail and overcast sky buffered the sun's effects. 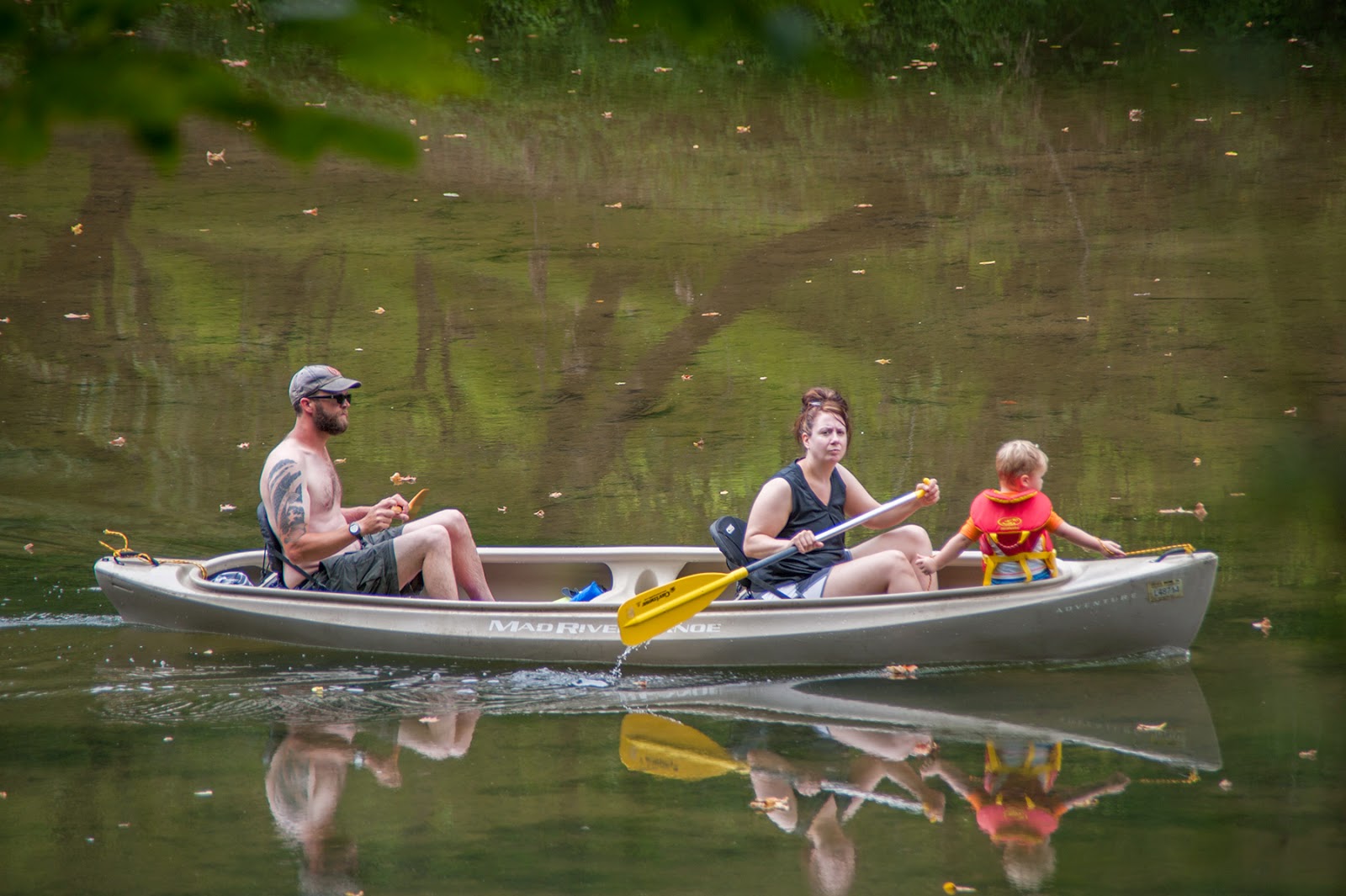 There were several families enjoying a peaceful paddle on the river. The dad here reminder us of someone we know,  and we joked that we wondered if his wife knew that he not only had a large arm tattoo, but also another wife and child!

We ended the day with a nice dinner at home and a campfire. 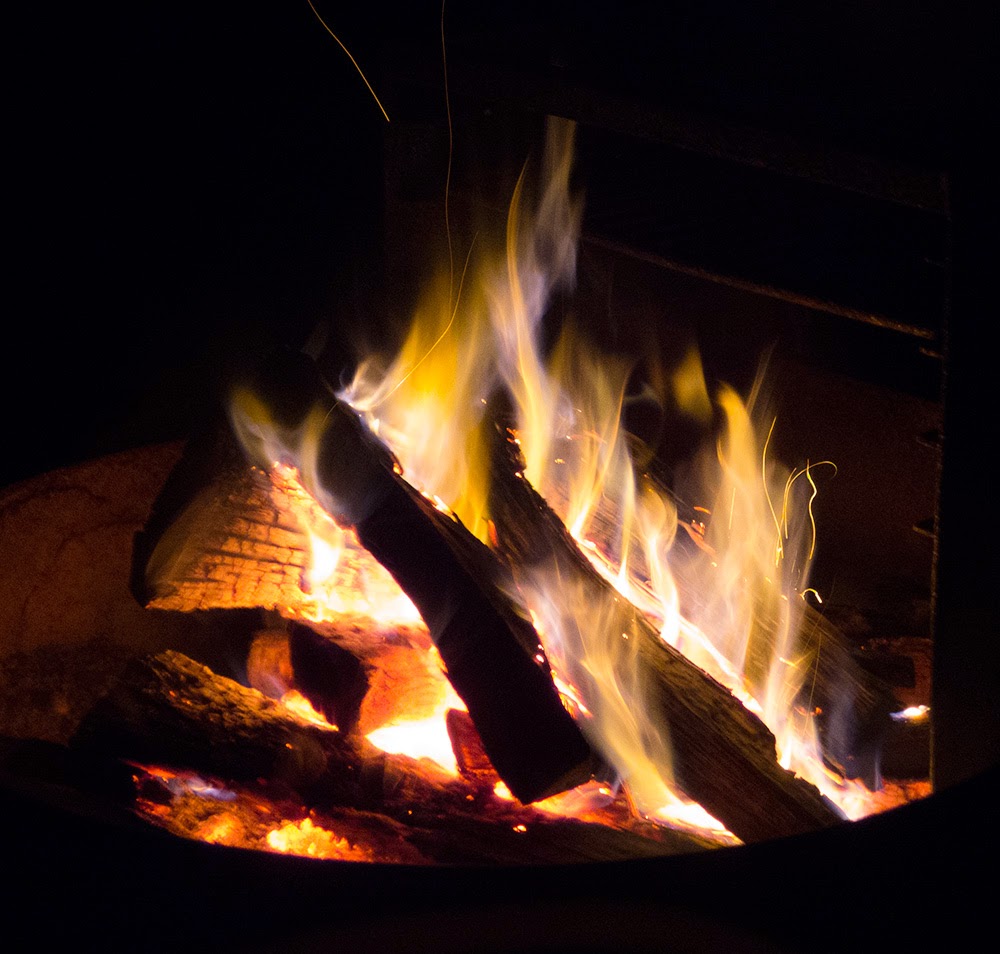 Happy Labor Day Weekend everyone, it looks like it is going to be a hot one. What are you going to do to keep cool?