Swedish Pancakes and a Fort

We do have some specific destinations in mind, but our day to day travel plans are often very loose.  Before making reservations I always ask Craig if there is any particular place he wants to go.

Our next major destination is Niagara Falls, but we have no set time to get there yet. But we decided we would go north across Upper Michigan, and south to the Detroit area. 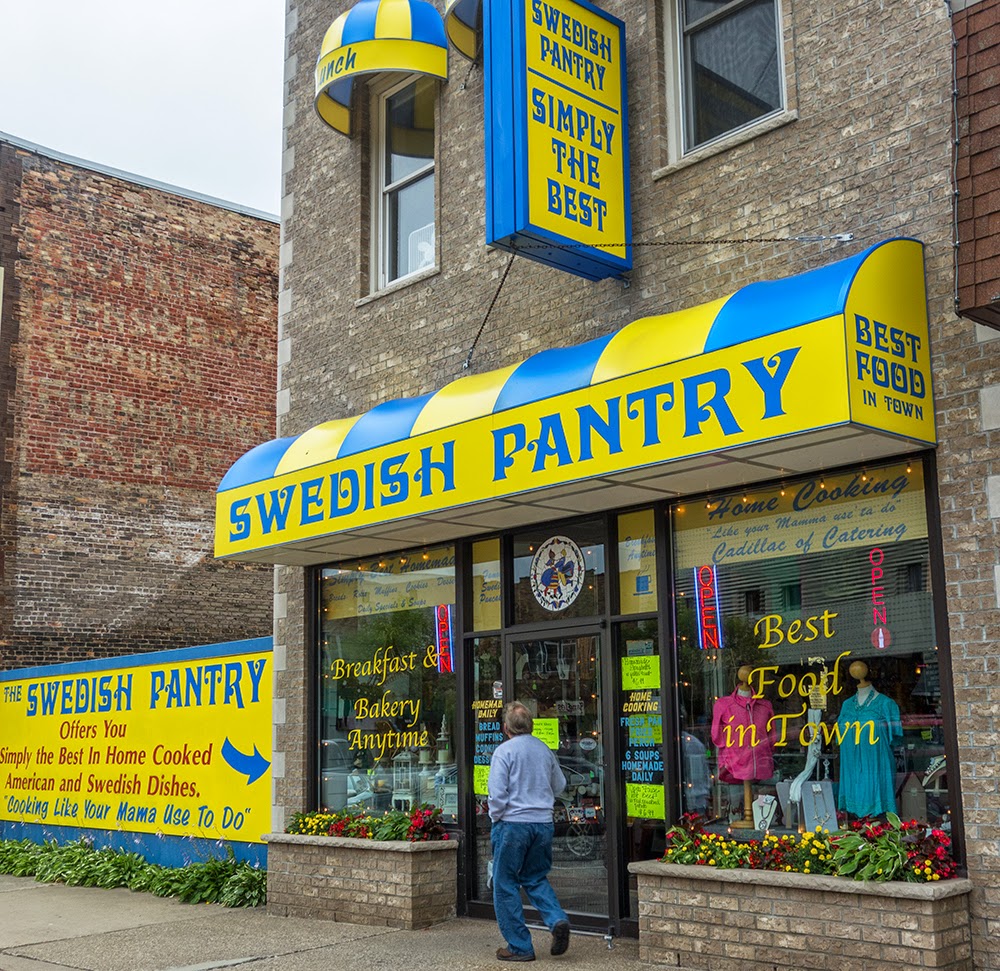 Craig had read that Swedish Pantry in Escanaba had the best Pancake Breakfast, and noted it was on our route.

Because we wanted to be there for breakfast, I located a Casino RV park that was just shy of Escanaba for us to stop at.


The pancakes were pretty good, but the Swedish meatballs were even better.

After breakfast, our drive was not long, and we were over the Mackinac Bridge in no time. I hadn't been sure if we wanted to go over to Mackinac Island or not, so I reserved two nights at a park there. I had been over to the Island many years ago, and was a bit unsure of the weather for the next few days. When we arrived it was just starting to rain, and Craig hurried to get us set up and the Jeep unhooked. Just as he finished the sky really opened up, but we were snuggly tucked into our site. It was a bit chilly, and I used my little Dyson heater to warm up the Alfa a bit.

Wednesday morning dawned with clear skies, but instead of going to the island, we went to see Fort Michilimackinac, which is in Mackinaw City, not on the island.  Since I had been to the Island, I did not feel a draw to go back again.

The fort was built, abandoned, rebuilt, and finally abandoned and burned down over the course of history.

The stockade and buildings that are there now are re-creations based on the archeological finds and records.  They have been built since the last time I was there.  It is a State Historical Site and Park. 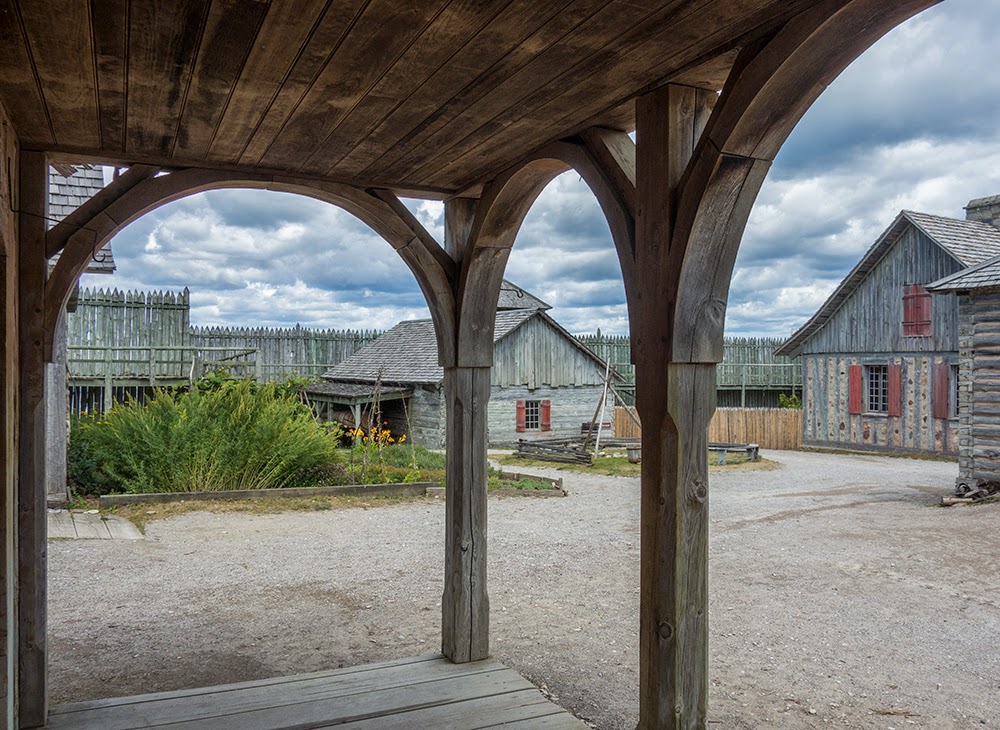 For a modest admission we were able to roam the grounds. There were many areas that provided information and displays of artifacts from the site. 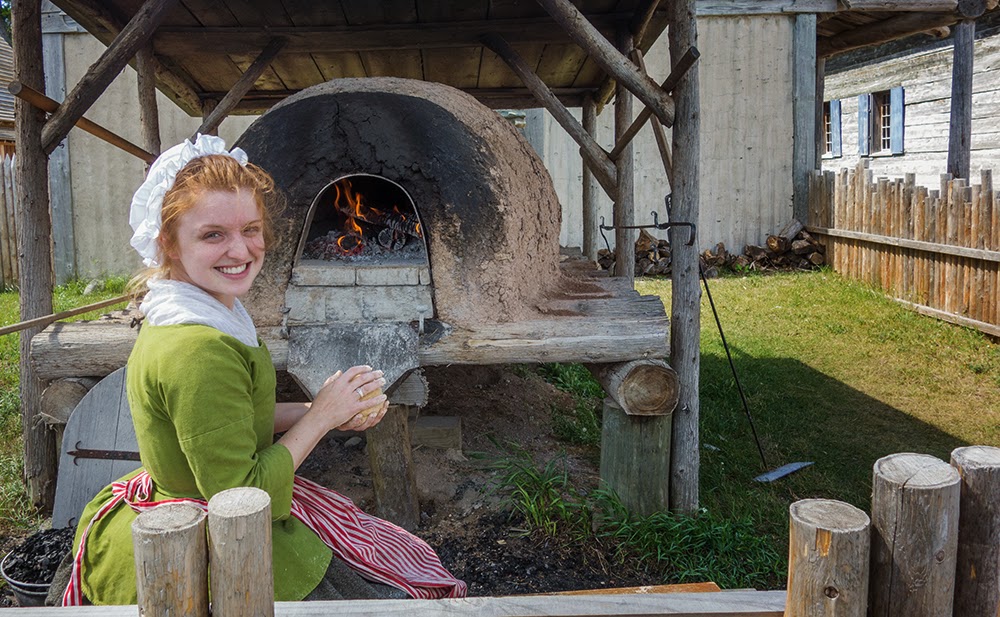 In addition to staged dioramas there were volunteers dressed in period costume doing the same tasks as their counterparts must have done. The pretty gal above was shaping bread to bake, while telling us about how much bread was consumed in the 19th century and how it was made. 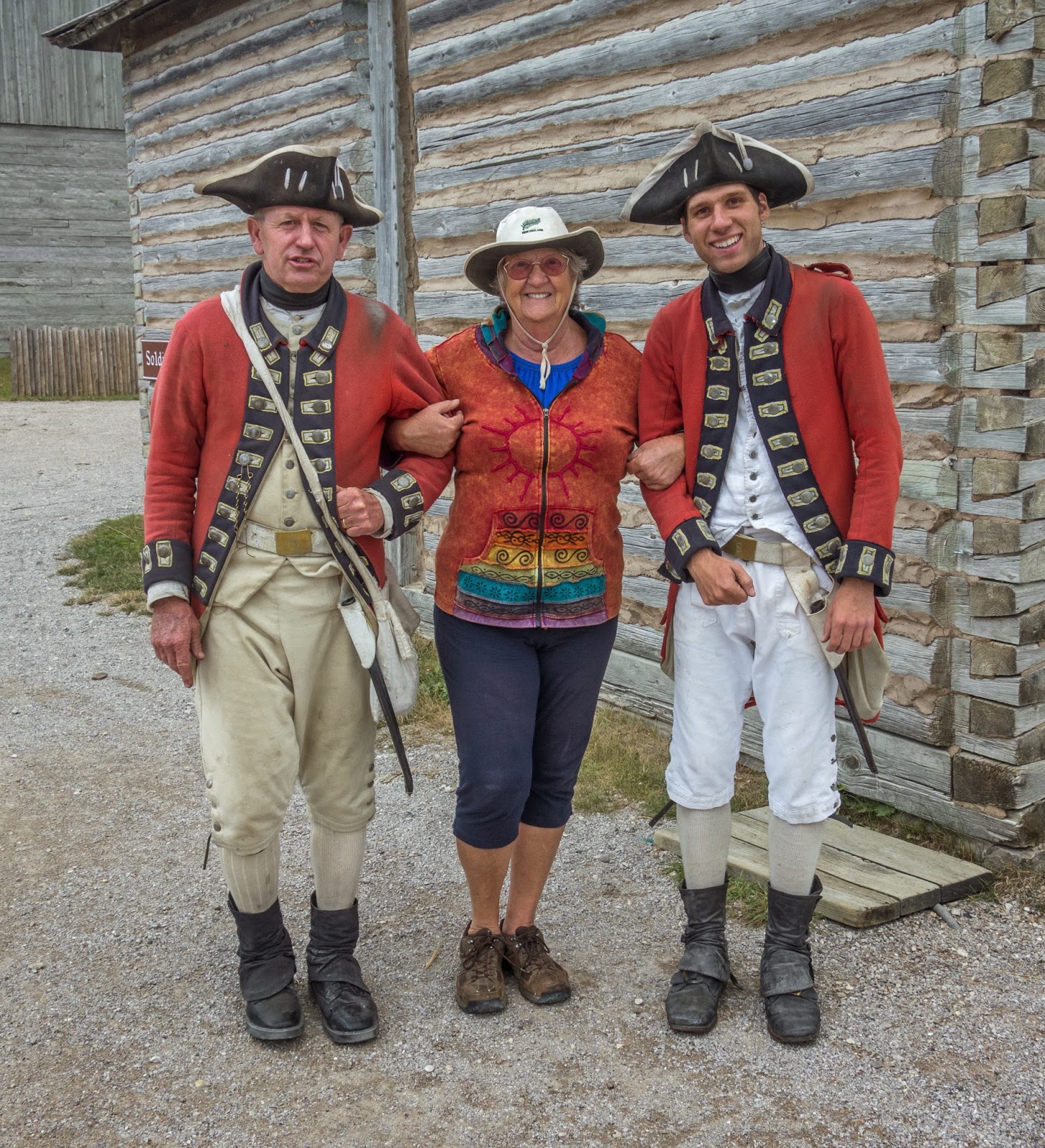 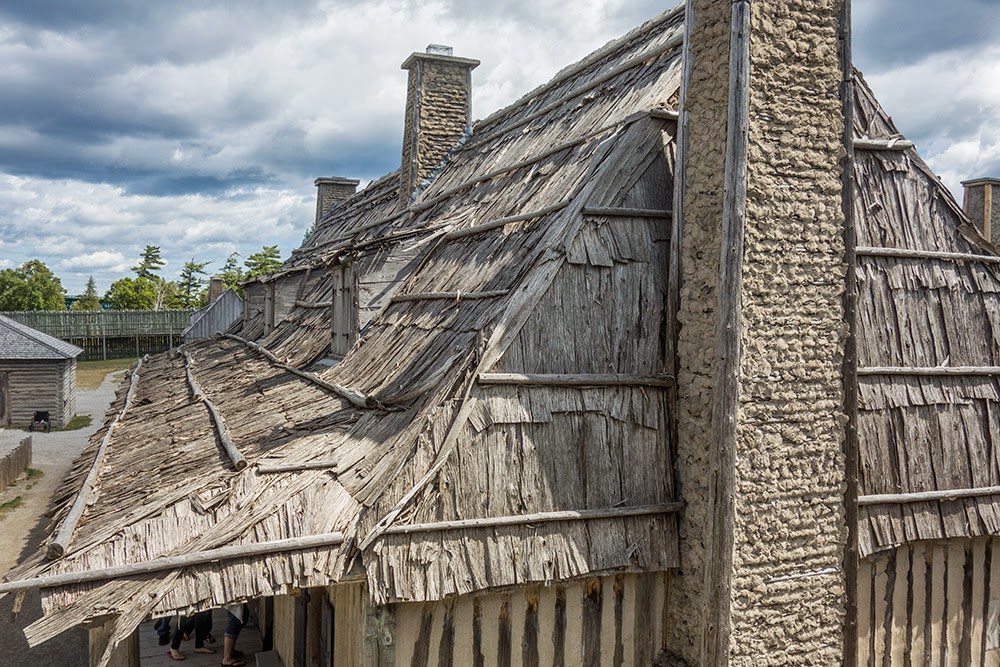 [From Craig] Homeowners, aren't you glad you don't have to take care of this roof? 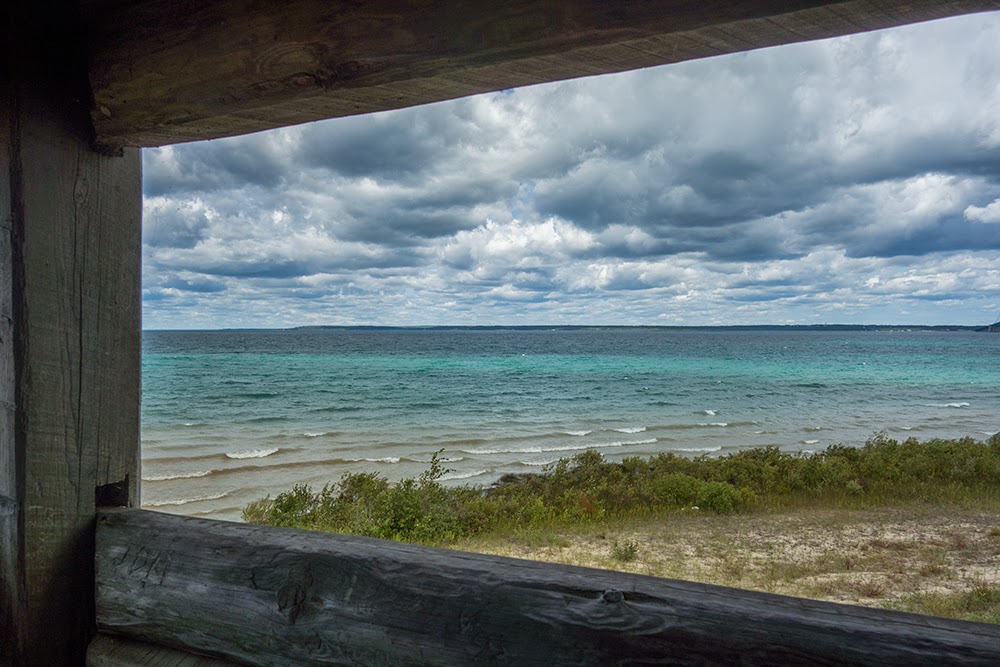 We were able to walk along the top of the wall and look out the watch towers like sentries. On this side Lake Michigan was in sight. 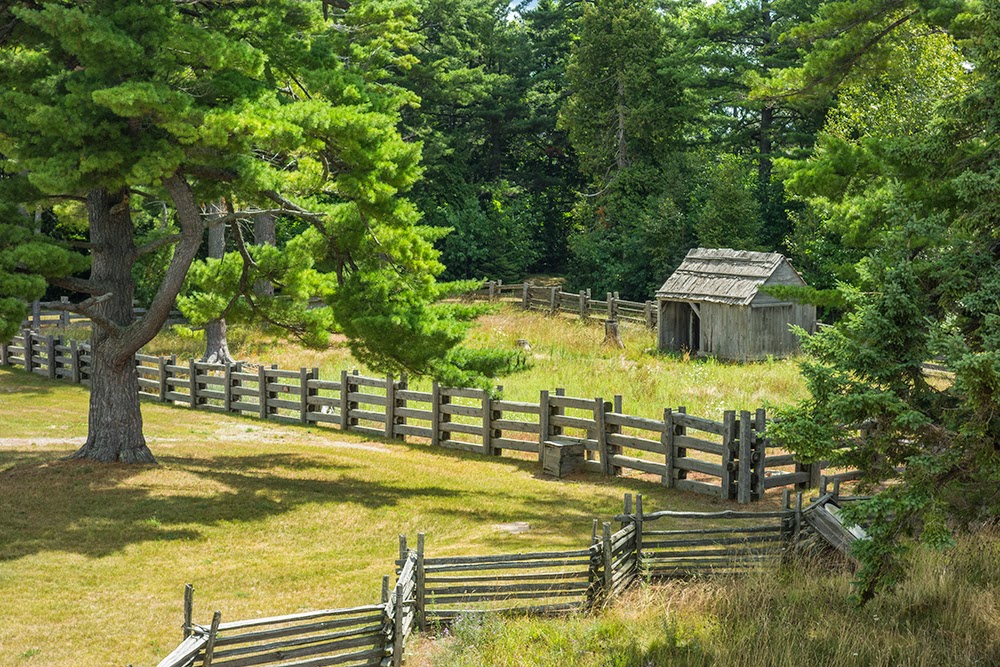 From the tower on the land side we were able to see fenced in areas that might have been for keeping livestock in peaceful times.

As the day drew to a close the wind got stronger and dark clouds began to roll in. I was glad we were not on the lake. As we drove back to the Alfa I saw an eagle fly over the tree tops.  Cool!

Thursday promises to be a long day. We will be driving a little over 300 miles to Dearborn Michigan which is near Detroit. We have tickets for the Ford Rouge Factory Tour on Friday, and we want to visit the Ford Museum on Saturday. 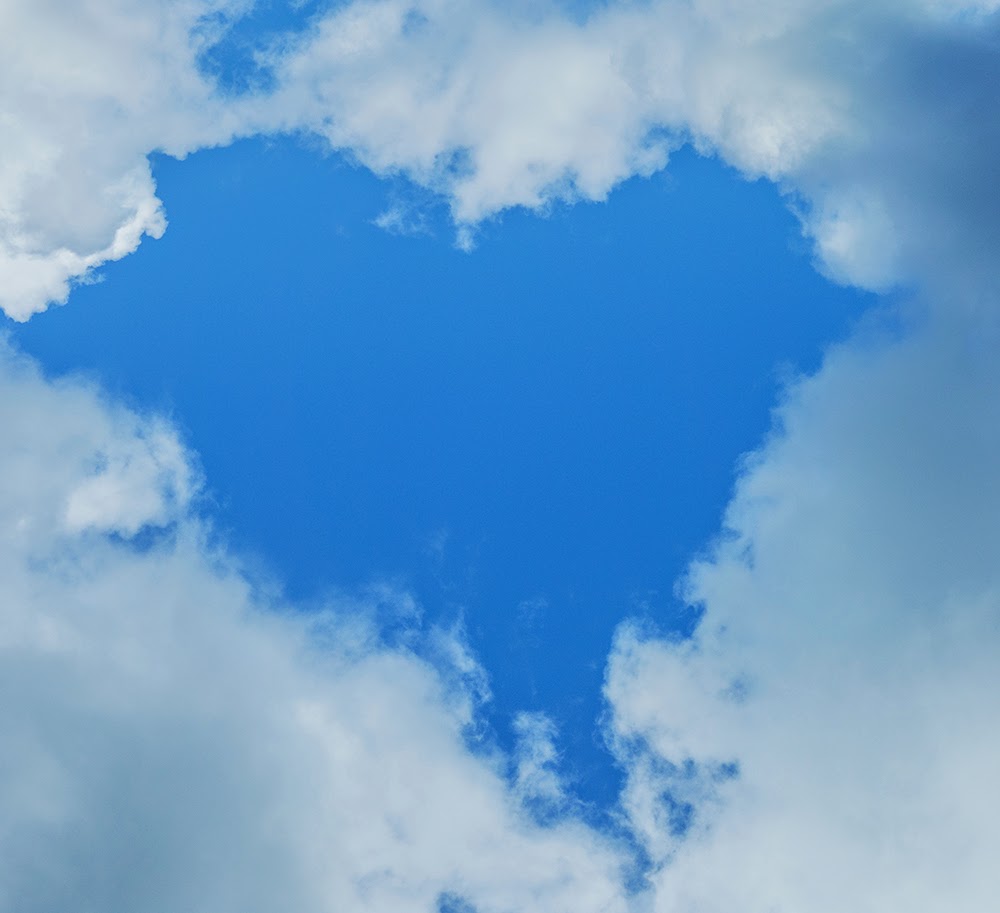 Being full time tourists is hard work, but I love it.