After three good days of driving we decided to take a couple of days off and so took a 80 mile detour north, 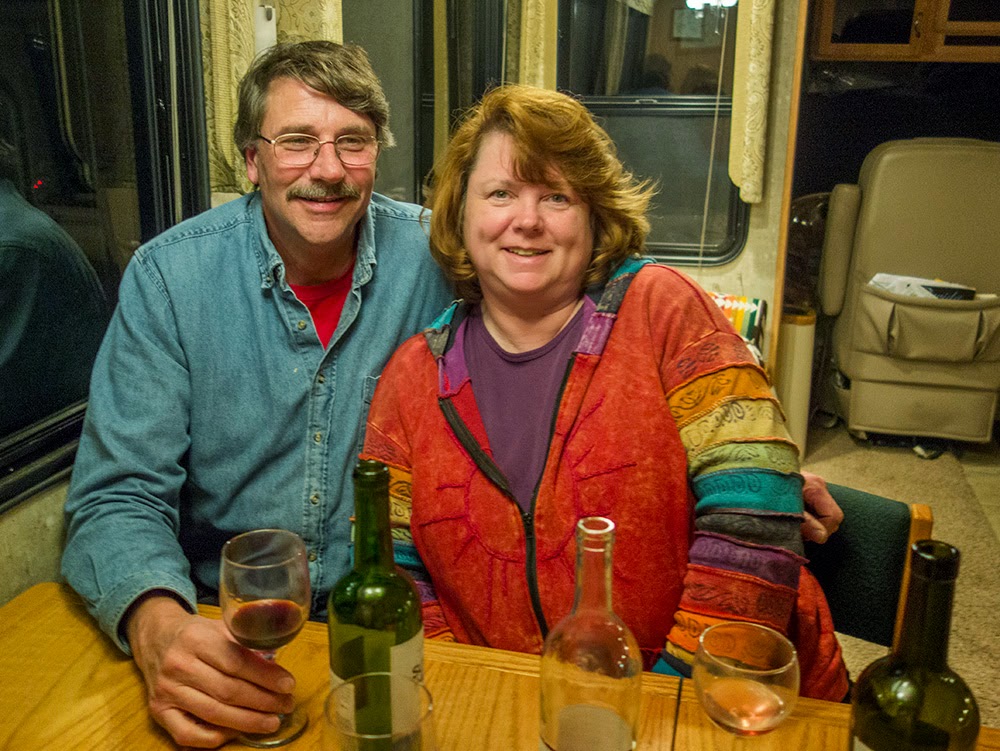 to connect with Karen and Steve who were camping at Elephant Butte State Park, New Mexico.  We have followed each other's blogs for several years and enjoyed a visit with them at their home in Wisconsin last July.

We spent a pleasant afternoon sitting out in the warm sunshine gabbing away. Then about four or five, as the sun snuck behind the building clouds, the temperature began dropping and we decided to move the get together into our Alfa. They also have a terrific motorhome. It is an older Safari that Steve has kept in prime condition.

Rather than dig out our two extra dining room chairs from deep in the bay, they brought their two chairs on over. The men cooked the brats on the grill and Karen brought a couple of yummy sides.

We sat around, drinking wine and exchanging stories for several hours.

This morning when we opened the shade we were surprised by this: 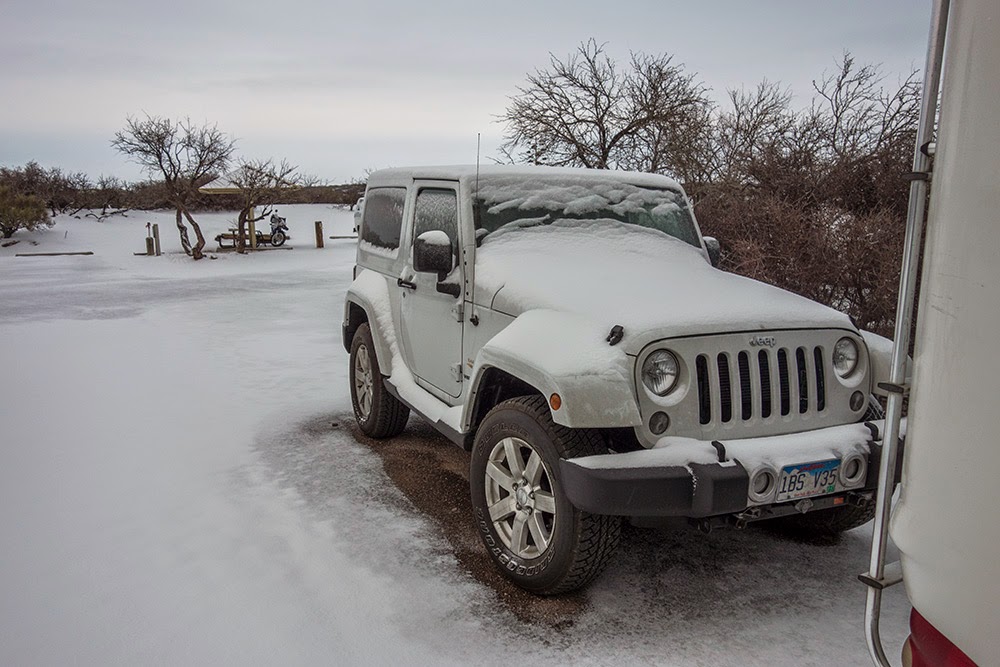 You can't quite see it, but there is a delicate hint of dawn color in the sky and except for some rabbits I was the only one out and about. 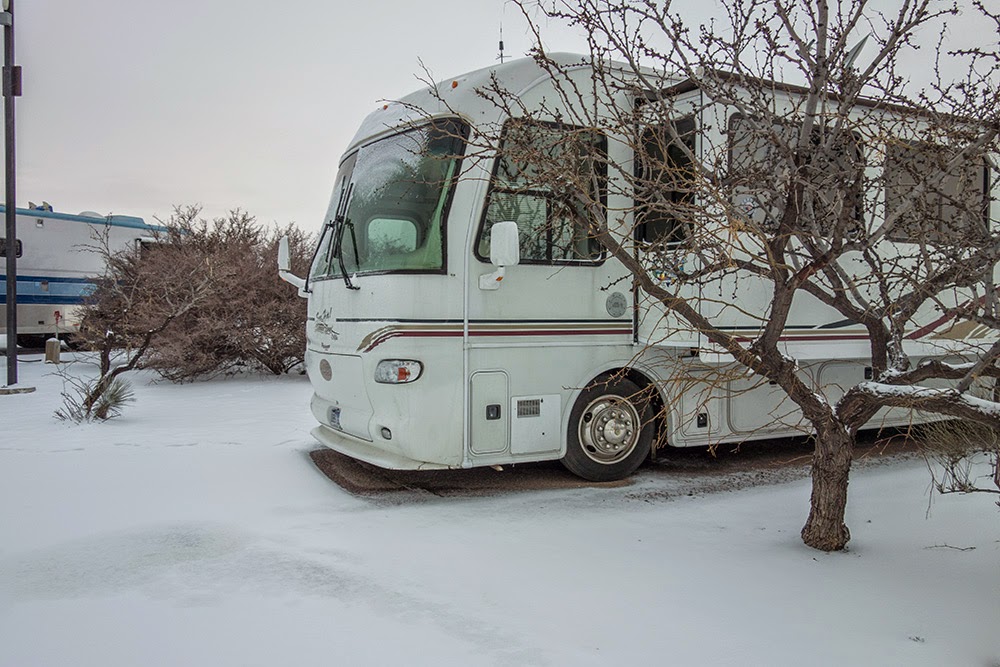 The temperature was 22° and the water hose was frozen, but everything will start to melt as soon as the sun comes up a bit more. 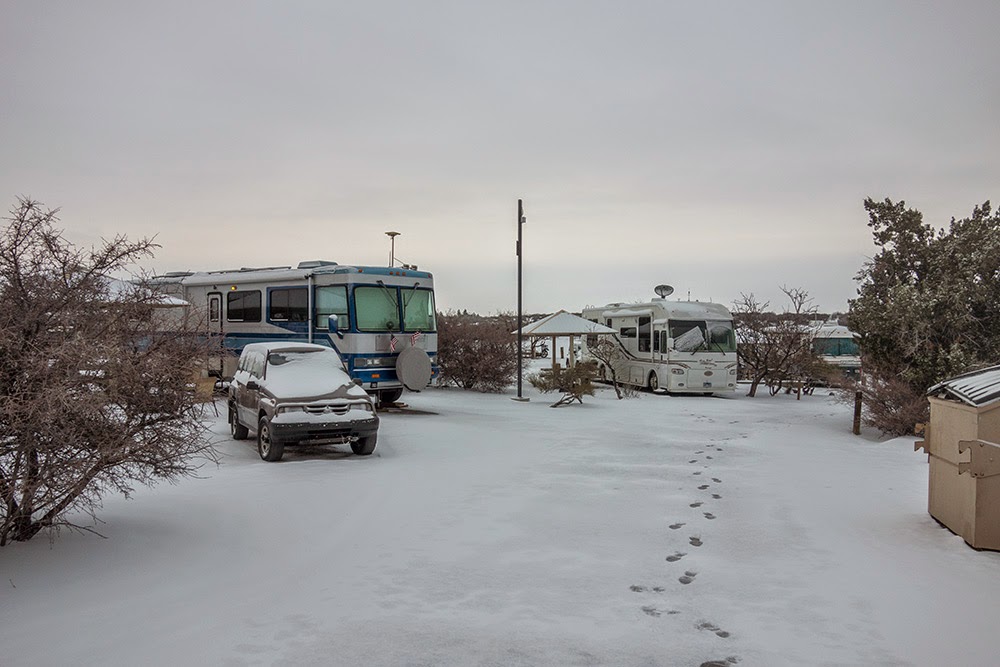 My footprints in the snow, with Karen and Steve's Safari and our Alfa.

Good morning world, now we don't feel left out of the National Weather scene.  It should get up to 55° this afternoon and all will melt away.
Posted by Merikay at 7:04 AM