Since this was not our first visit, we were not immediately drawn to the Yosemite Valley. Instead we headed over to the Hetch Hetchy Reservoir on Wednesday.

The Hetch Hetchy valley was  similar to Yosemite with its sheer granite walls and remarkable formations.  Ninety years ago a dam was built and the valley floor was flooded.  San Francisco gets most of its water from Hetch Hetchy.  Some say the valley should be restored to its original state, but I think what is done is done and people need water. 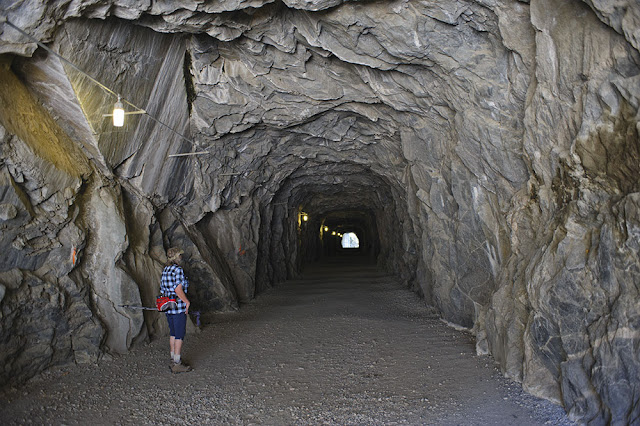 We walked across the dam and thru a stone tunnel to get to the hiking trail along the North rim of the reservoir. 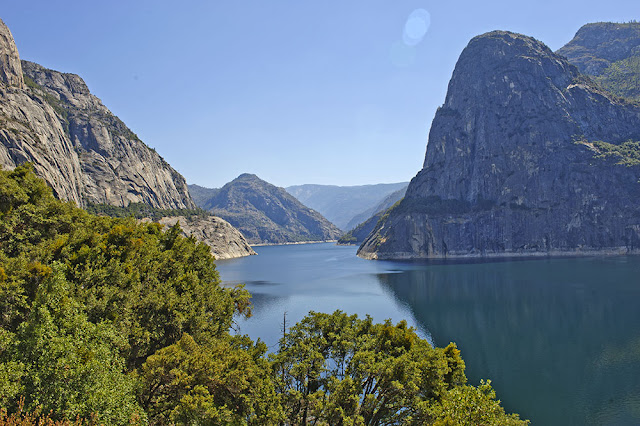 We could only see a small portion of the water.  It extends for about eight miles. 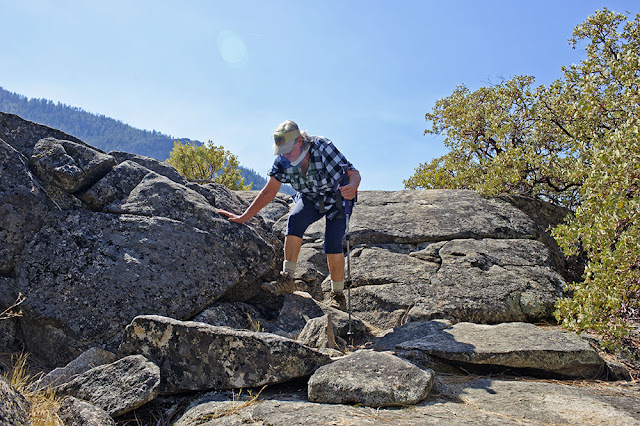 Most of the trail was not difficult, but occasionally scrambling over piles of rocks was required. I may have lost some weight, but I am still not very limber!

Once again the heat kept our hike shorter than we would have liked.  I carry a bottle of water for each of us on the sides of my pack.  It is just big enough for a small lunch, sun screen and Kleenex. I like it better than a backpack. 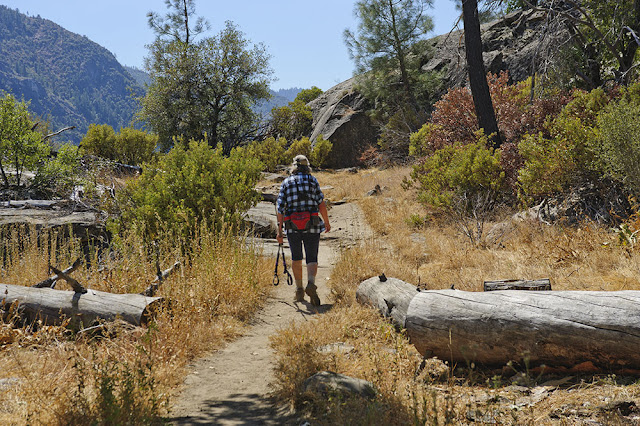 Below the dam, Craig was fascinated by the fact that the people in charge were attacking the north wall of the Tuolumne river canyon with the kind of water cannon that you get from a dam that's hundreds of feet high.  But he forgot to ask the ranger lady that we met on the way in, what this was about, and on the way out there was no one to satisfy our curiosity. Do any past Hetch Hetchy visitors know what this is about? 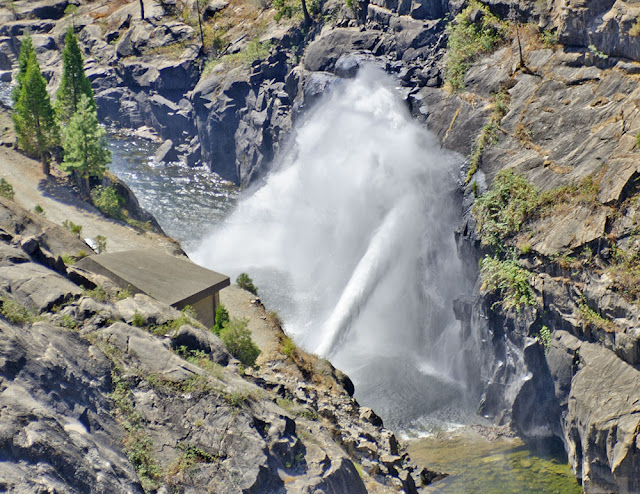