Antelope Canyon has always been on my list of places I've wanted to see in person.  We have had a wonderful large photograph from there on our living room wall for many years.  But I had not planned on going there from our Zion Campground location.  We chose to stay here so we could just hop on the shuttle and explore Zion. However since the park is closed, we decided to drive to Arizona in our car and visit Antelope Canyon because it is on Indian land and not closed.

The 120 mile (one way) drive to the canyon was itself quite impressive.  The road thru Zion National Park was open to traffic, so we were able to see more of it than we had from the shuttle bus on Monday.  We went thru a tunnel to the Eastern entrance of Zion National park. It was built in the 30's and under normal conditions large RVs can go thru with special arrangements.  (They close it from on coming traffic and the large vehicle drives down the middle.) But even that would not be a possibility for us because the Alfa is 13' 1" tall and the limit is 13' 1".  Hit a bump and we would hit our satellite dome!

So because of the closure, we took the drive in the car.

When I include pictures in my posts I try to select ones that help illustrate or tell my story.  They are usually not what one would select for a postcard or calendar.  Between the two of us we took several hundred pictures in our tour through the canyon!  So I have divided this post into two parts. First a little about the canyon, and second a gallery of some of the images we captured.

Antelope Canyon is on Navaho land, and visitors have to pay $6 per person plus are required to have a guide.  The cost of the guide ranges from $20 per person (cash only) for a one hour group tour of the lower canyon, to multiple hour tours that include several areas for almost $200.  We opted for the one hour tour which was no reservation, first come first served. These tours leave every 20 minutes. Even though it was very busy due to the closures, we only waited about a half hour before beginning our tour.

As we waited we looked out over the plateau and wondered where the canyon was.  Everything look very flat.  We did see people coming up a path who were returning from the canyon and wondered how far we would have to walk! 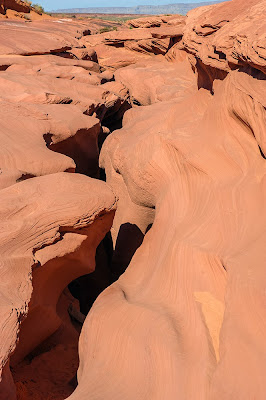 Our guide started the group down a path, and stopped to wait for everyone to gather round.  We noticed a crack in the ground and figured he was going to explain that this is how a slot canyon starts. 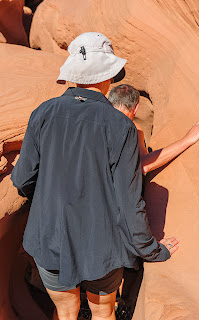 This is the lady who was in front of us...


The way down was a bit narrow. A wide person might have difficulty.  The first challenge of our descent was a couple of sets of steep metal steps that did not have railings. 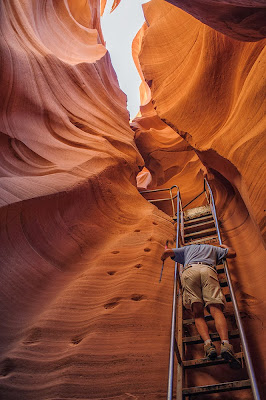 Later steps and ladders had hand holds and were much easier.

In some places the walls were just wide enough to get through.

The floor of the canyon was sandy.  At all times there was light from above.

Photos seem to give the canyon a glow from the sunlight that filters in from above.  This seems to be the case for the pictures we shot as well as most of the professional images I have seen. 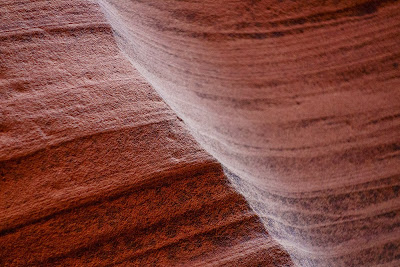 This image is a close up of a section of the wall that I think shows the actual color and texture.

We shot a couple hundred images.  Here are five.  Many of the others are just as interesting and it was very hard to choose which ones to share! 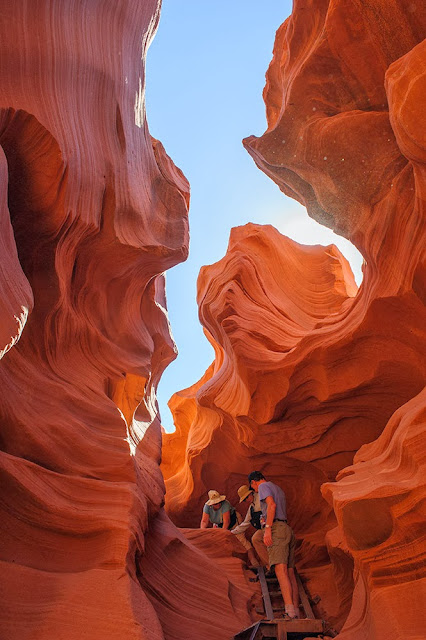 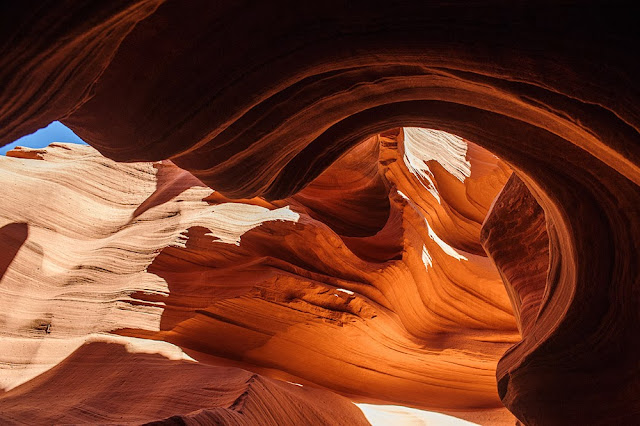 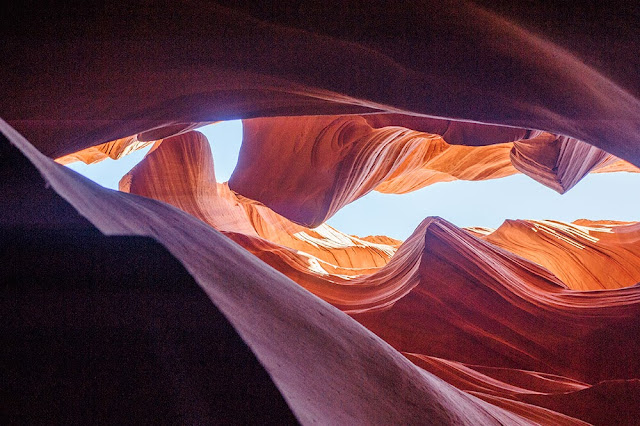 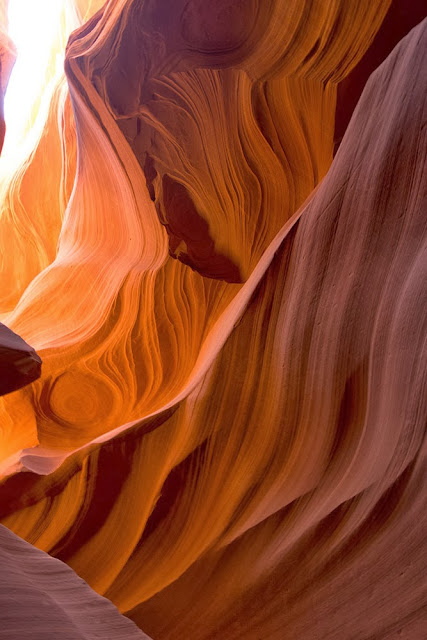 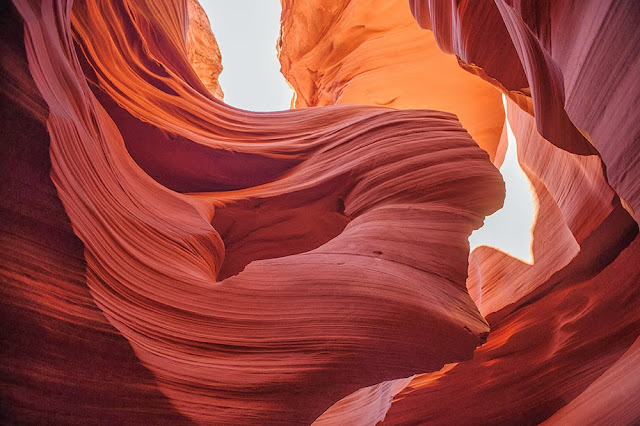 We will go back to see the upper canyon someday, but this was a fantastic experience.