On Thursday, after a slow start in the morning, we decided to take the scenic drive our neighbors had done the day before and highly recommended.

We headed out of Springdale toward the small town of Virgin. On the way we passed thru Rockville. As we drove down the road we couldn't help notice how well kept the small homes were, and how green the lawns and trees were. It looks like a charming place. But who knows. Bad things can happen in pretty little houses.

Along the drive we also had many excellent views of the rock formations and buttes. They do not end at the park boundaries. 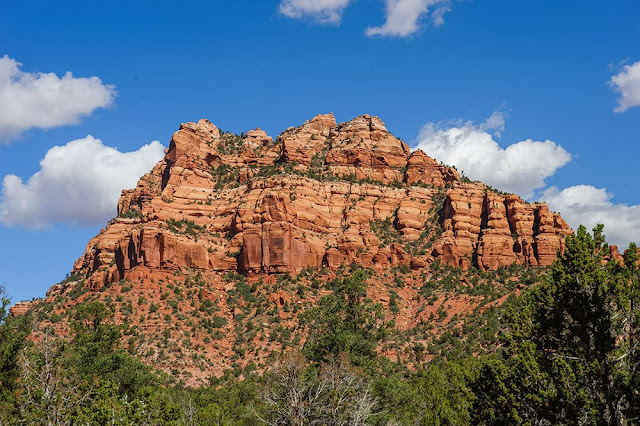 Just before Virgin we turned onto  Kolob Reservoir Road. Part of it is along the edge of the park, and in some places it goes thru.

At one place we could see a ranch down by the river. The pastures were very green and the horses looked like tiny toys. 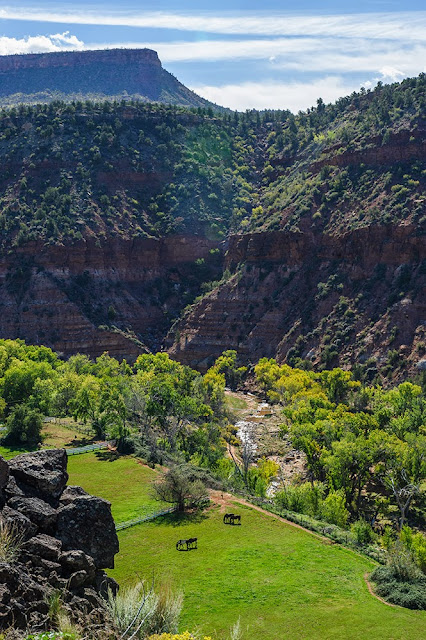 We joined the "rebels" and became trespassers on the people's land.  We took a hike. 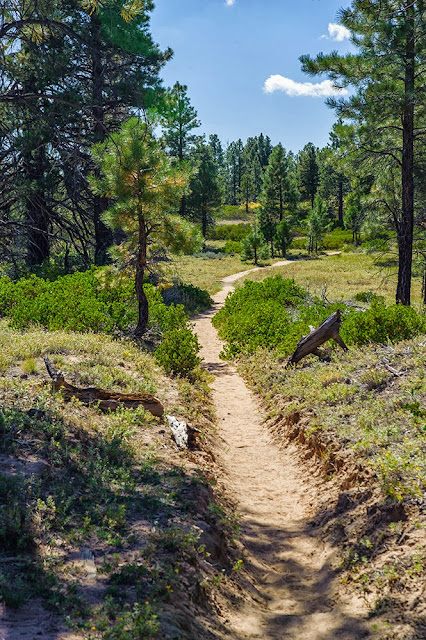 It was short, only about three miles, and quite easy, but on the way back clouds started rolling in and the air took on a pre-storm chill.

Craig wasn't feeling great, so once back at the car we decided to head back to the Alfa and not drive on up to the reservoir.

We did see a ranger talking with someone who was parked in a trail head lot.  I hope they were just being warned and not ticketed.

When I look at the image below I think of our government.
So many stone-heads!

They were fun to see on our walk in Zion, but sad to think about now.

Maybe a voice from here will give them guidance: