A Mile and a Half that felt like Five

We avoided Arches National Park for the holiday weekend in part because of the crowds (we saw a mile-long line of cars waiting to get into the park) and because the weather was blustery and threatening rain.

On Tuesday morning the sun was bright and the sky clear, so we again headed out to hike a few miles to see another of the famous rock formations in the park.

The park brochure describes the 3 mile round trip hike, to and from the Delicate Arch as "moderate". Well, I think it was quite strenuous, at least for a fat old lady like me! 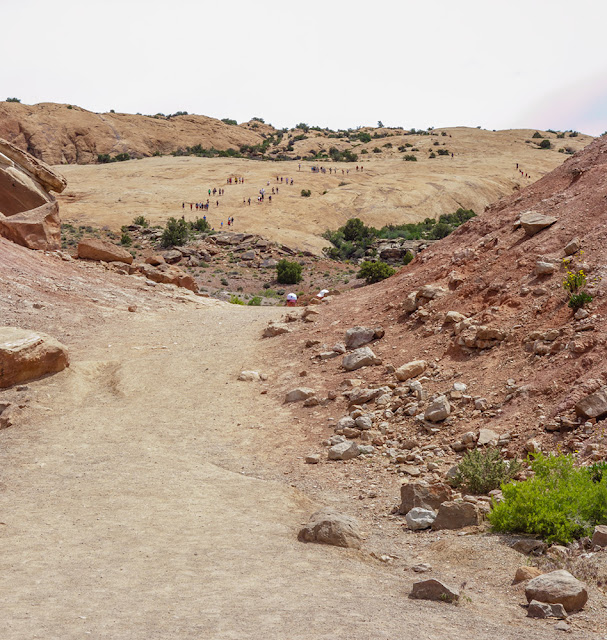 The little people-shaped spots up on the slip-rock are in fact people, on the trail ahead of us. The sun was shining and most of the path climbed steadily upward.  Huff n' Puff!

But the views were beautiful and all the people on the trail were happy.

I rested often, and exchanged encouraging words with another couple who were climbing at about the same rate as we were. Craig waited patiently for me.


Shade was at a premium, and we stopped next to any small juniper that was offering any.

This wall was located almost at the top, and the cool space at its base was a welcome rest stop before making the final push. 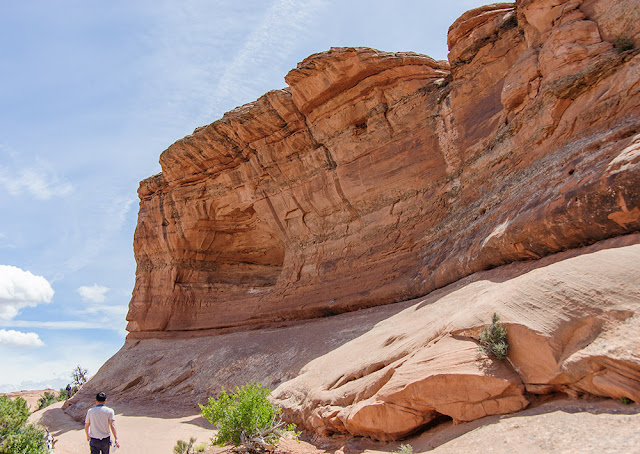 And then we were there.  An image of the Delicate Arch is used on the Utah license plates, and I have seen pictures of it many times. 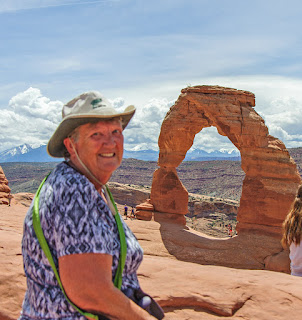 Sometimes I wonder about the distances given in the park information brochures. This might have been a mile and a half as the crow flies, but it sure felt like at least five miles to me.

Two more views of the arch: 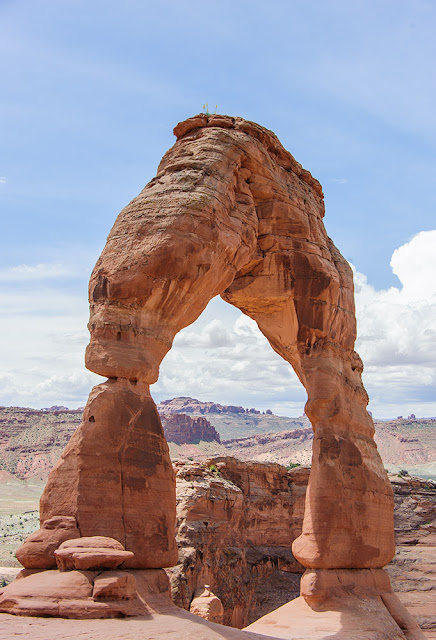 There were lots of people there, but we were patient and got a couple of shots without strangers posing under it. 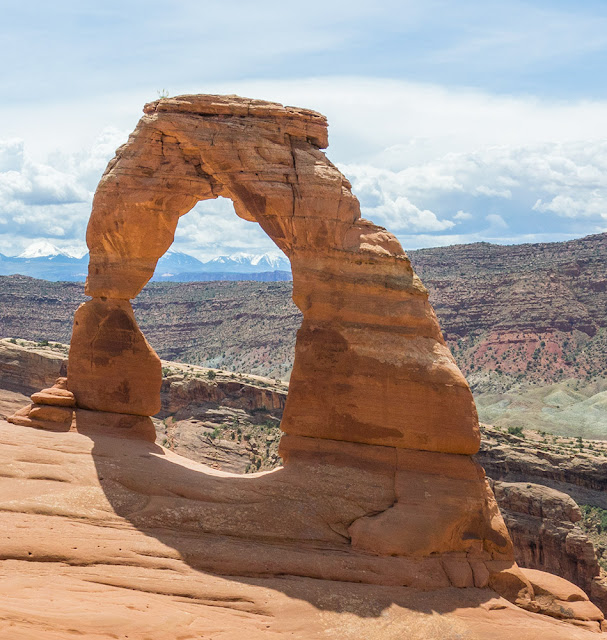 After enjoying the views and resting for a while, it was time to make the return trip. You probably know that it was much easier going downhill!

We were well on our way down when we noticed storm clouds in what seemed to be the distant sky. 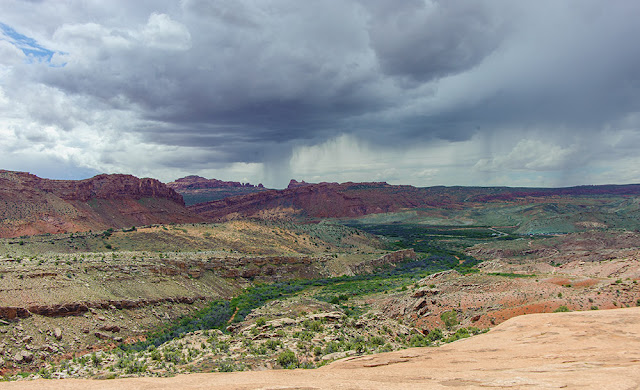 But not this time. It started to rain quite suddenly, and quickly turned to a downpour. As we hurried toward the parking area, we were surrounded by loud rumbles of thunder. We saw lightning, but fortunately it was far enough away to be no danger.

Surprisingly, as we hurried into the driving rain, there were a few hardy hikers going UP the trail. We arrived back at the Jeep soaked to the skin on one side, and almost dry on the other. We ate our lunch, and decided to call it a day. By the time we got back to the Alfa, the sun was out.

I crashed and took a short rest.

Tomorrow we will go back to see a couple of other places.

That is one of the wonderful things about full-timing, being able to go back and see more. The RV park is emptying out today, as many other campers have to go back to work.