The drive from Panguitch to Moab was smooth. We did have some significant uphill grades, but downshifting kept the engine temperature within the safe range. The scenery was absolutely beautiful. I grew up in a mid-west city, and spent most of thirty years in the coastal mountains of California. I am awed by the huge rock formations at every turn. 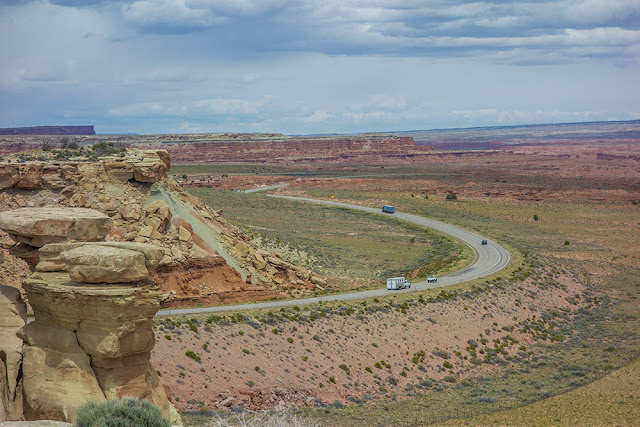 Our current location at Archview RV Park is close to two National Parks and at least one major State Park.

On Thursday we headed over to Arches National Park. I could post several hundred images of what we saw there, but I will try to limit it to a few.

Of course I can't have a post about rocks without at least one dead tree.

Then I spotted this grumpy bearded man: 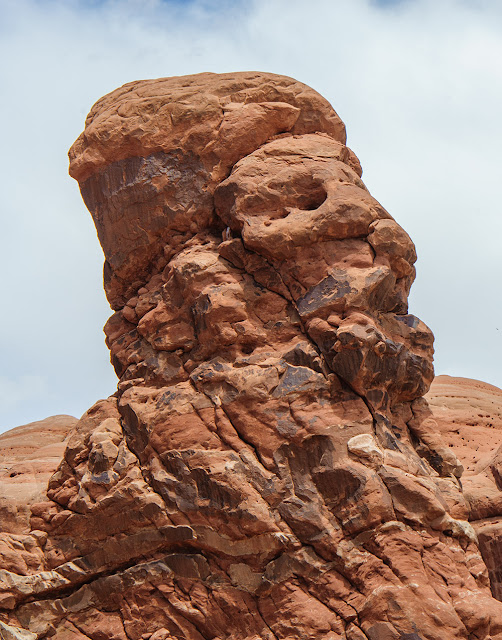 This cloud formation seemed to mimic the rock pile to the left: 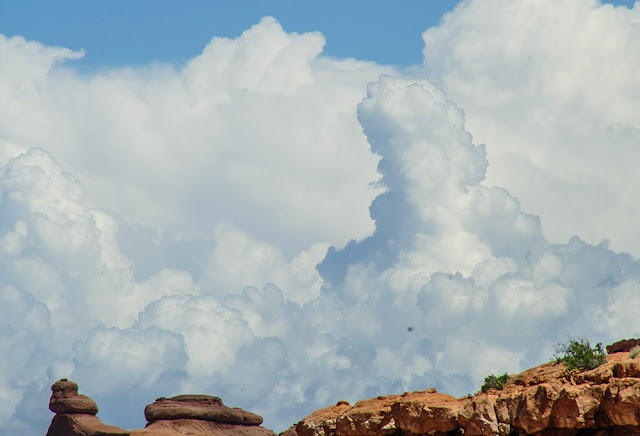 It did get a bit stormy for a short while. We stayed in the Jeep and had our lunch sandwiches during a brief cloudburst, but it passed and the sunshine returned.

Of the "over two thousand" arches in the park, the Double Arch was one of our favorites. Notice how tiny the people look! 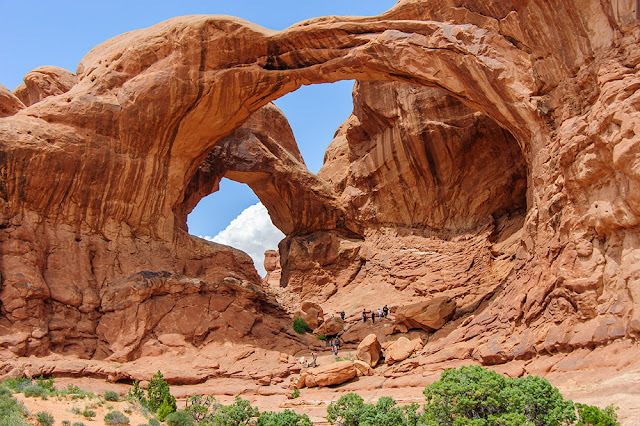 Speaking of favorites, I really like this closeup Craig took looking up at the Double Arch above him. 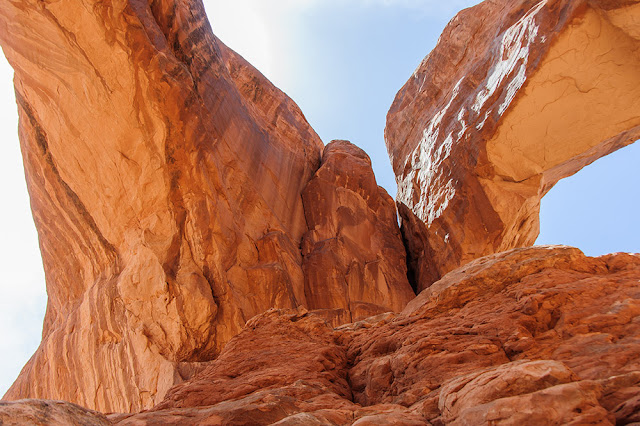 There are many odd piles of rock in the park. One wonders why some tumble down and some stay up. This is the most famous of the balancing rocks. 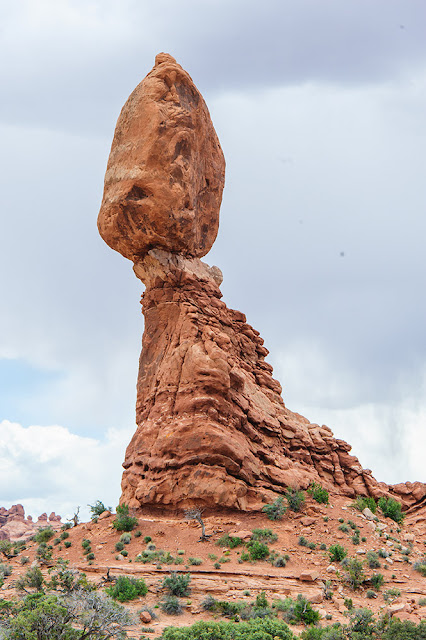 We will be going back for at least one more day since we still have so much to see, but it probably won't be until next week sometime.

Meanwhile these are a couple of local residents we saw: