The weather has been very cold in southern Arizona! We are very happy with the double pane windows and furnace in the Alfa. They  do a good job of keeping us nice and warm in the night. On Monday we just missed the stormy weather in our driving. The wind had rocked the coach enough for us to pull the slides in Sunday night, but died down in the morning. Our drive from Tucson to Kartchner Caverns was just under 80 miles, and except for the last few we had no cross winds.

But by the time we were parked in our spot at the campground a few flakes of snow were flying. When we woke in the morning it was to a clear sky with just a dusting of snow on the ground.

I had bought our tickets for the cavern tour online so we knew what time to go over to the Discovery Center for the tour. I had read that the cave was always 72° so we only took our light jackets.  Big mistake since we had to ride in an open tam to get to the cave entrance. Brrr!

But once inside, it was a very pleasant temperature. Photography is not allowed inside the cave, so the following two pictures are from the web image file. 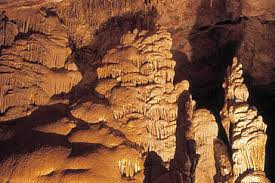 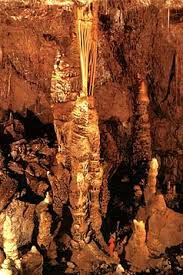 If you like caves, as we do, this one was very good with numerous formations. It is still a wet, growing cave, with new formations growing over the millennia.


Thursday's adventure was a drive over to see Tombstone AZ. 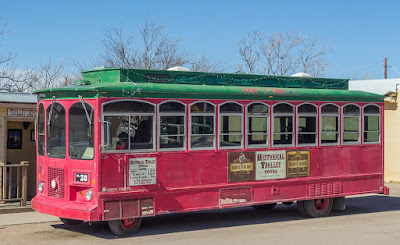 Because my foot is not yet healed, and I am still handicapped by the boot, we decided to take the trolley tour instead of a walking tour.

The cost for the trolley tour was only $8 each, and if we wanted to buy the combined trolley tour and gunfight show the tickets were only $12. The gun fight show was not the re-enactment of the showdown at the OK Corral. Instead it was a rather lame, but delightful little comedy presented by four silly actors. 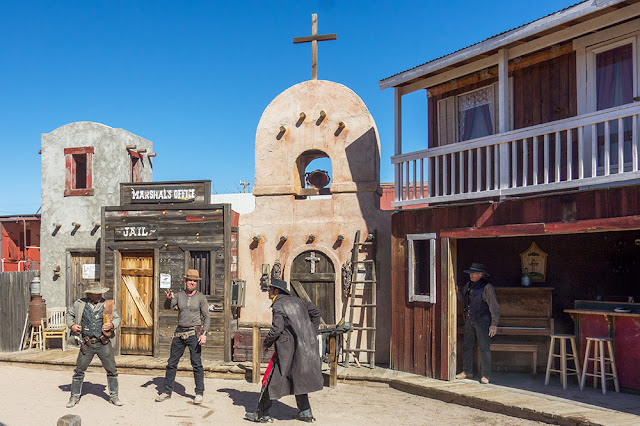 The seated audience was encouraged to cheer and boo. The actors made a lot of corny jokes, but fun was had by all. Hey, what do you expect for $4?

After the gunfight show, we were driven around on the enclosed trolly (good thing because it was cold) and the driver told us yarns about the buildings and the history of Tombstone. 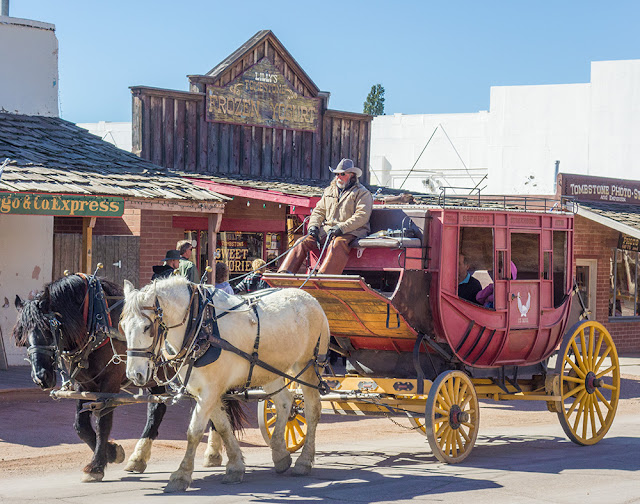 Another type of tour can be taken in one of the several stagecoaches that clip clop around town. I could hear the blather coming from the stage and noticed a mike on the driver, so his passengers must have been getting a story as well.

We also spent some time walking the main street and looking into the shops. There were several rather nice places that sold authentic looking period clothing.

On the way out of town, we stopped to visit the Boothill graveyard. 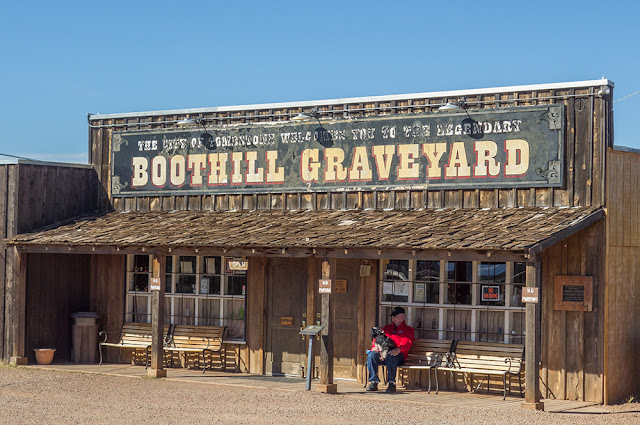 Since it is a real graveyard there is no fee to walk through it. A large part of the downhill graveyard was destroyed by flood waters over the years, but up on the hill the markers have been restored and the stone cairns kept up. 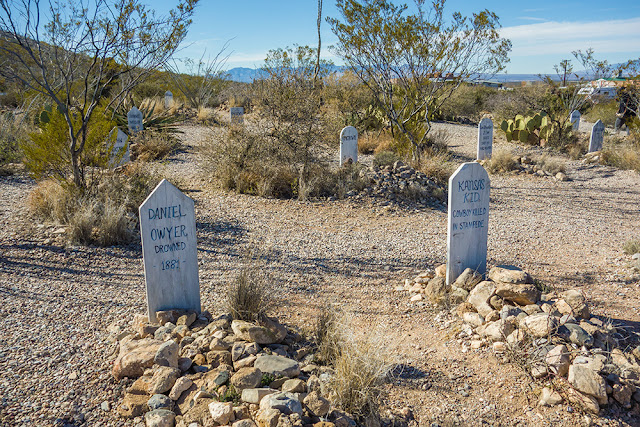 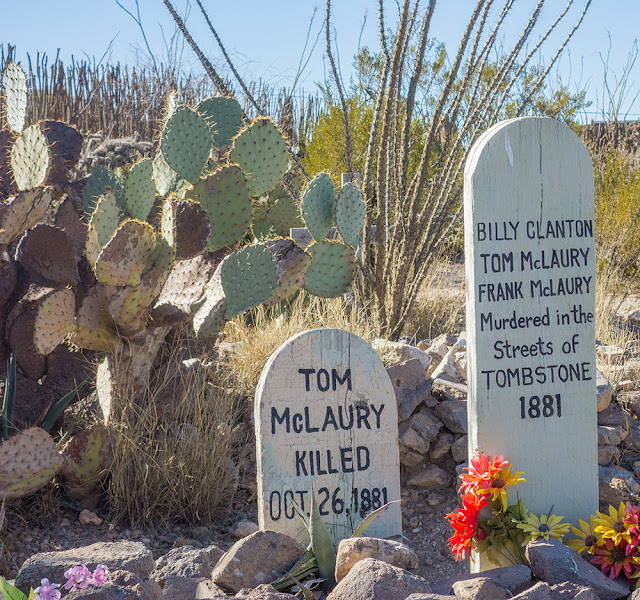 I wondered who  put flowers on a 135 year old grave. 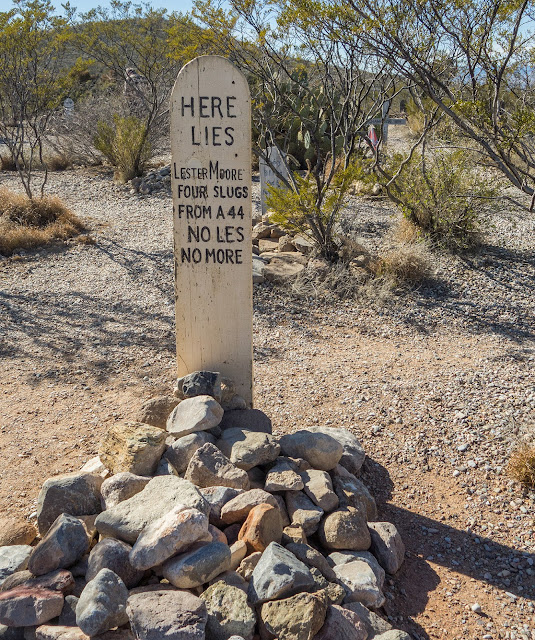 There were also several examples of grave yard
humor.

This was just one of the views we had while driving back to the campground. The color was soft, and the sky a brilliant blue.

Next stop ... Bisbee Arizona for a Mine Tour and a town walkabout.