On Wednesday our slide was fixed by about two in the afternoon.  We were pleased with our repair experience and the cost was very reasonable.  We just hope that whatever caused that little part to fail will not recur.  As we prepared to leave the temperature was climbing.  By the time we arrived at the Country Hills RV park near Oregon Caves National Monument, the temperature was up to 99 F.

The basement air conditioners in the Alfa have been working hard, and (knock on wood) have done a beautiful job of keeping us cool.

By sevenish it had cooled down enough for us to grill some dinner and eat outside.  We stayed out until the light began to fade and skeeters began to bite.

We checked the weather "point forecast" and it tells us the daytime temperature for the next couple of days will be 94 high, and the overnight lows may go as low as 52.  Good for sleeping with the windows open.

The Country Hills RV park is being expanded.  We are alone in a new section, and have one of the only two 50 amp spots.  We can see a few other RVs through the trees, but as night fell we felt we were secluded in a forested glen. As I sit here working on this post, there is a doe and her fawn just outside the window. 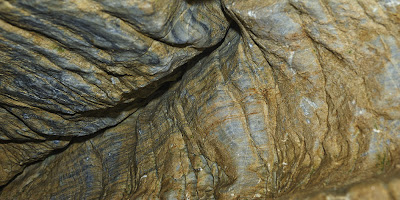 The tour of the Oregon Caves was as promised. About 90 minutes long, led by a ranger. Although I asked lots of questions about the effects of earthquakes and evidence of falling rocks, I felt pretty safe in these caves.  They have been carved thru limestone that has been transformed into marble. 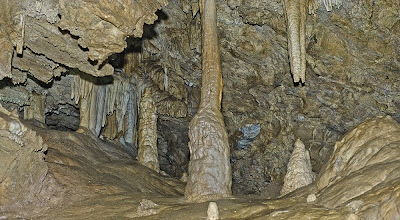 Water continues to drip through and there are many different formations. 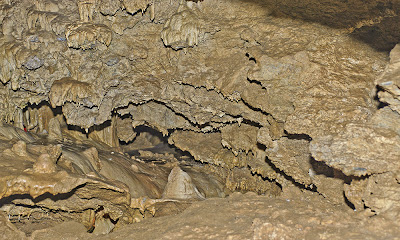 It was 44° F inside the cave.  Most of the  walkways thru the cave were cement sidewalks,  built by the CCC. We  climbed over 500 steps, both stone and metal,  but many had sturdy handrails so it was not hard to do. 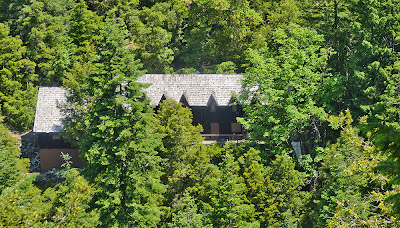 We have only been to a few National Parks and Monuments, but we are  very impressed by the work done in the 30’s.  We have enjoyed the magnificance of the lodges at Yosemite, Mt. Hood, Crater Lake, and now the Oregon Caves.  They are all impressive examples of excellent craftsmanship and architectural expressions of the grandeur of natural materials. There has been a lot of restoration and preservation done over the years, and they remain national treasures. 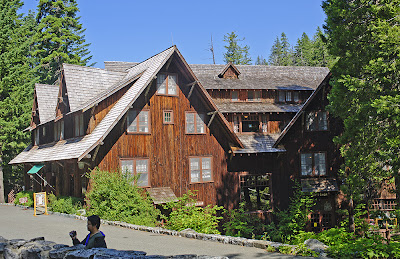 The exterior of this one was some kind of cedar bark. 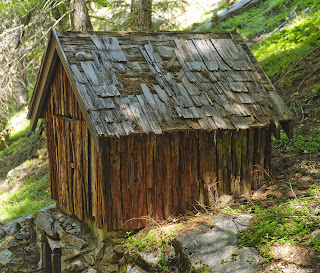 Even this little outbuilding had the same exterior. 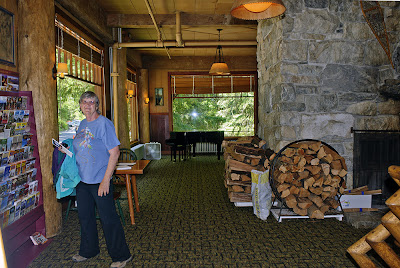 We always enjoy going inside and imagining what it must have been like to be a rich tourist back in those days.