A Day in St. Petersburg 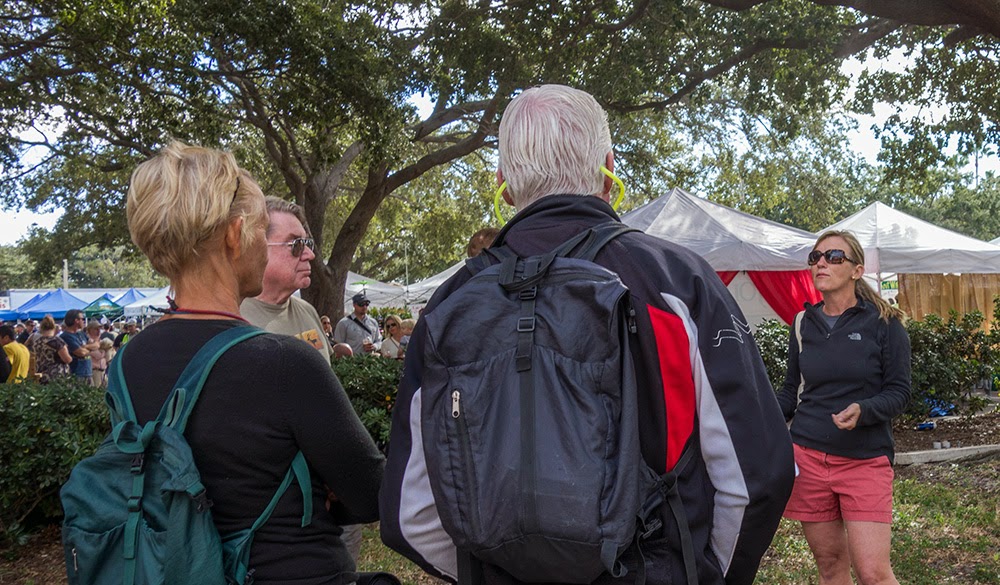 As much as we enjoy hiking in the natural areas of state and national parks, we also like to visit cities and learn about them.

On Saturday we drove to Saint Petersburg. We went on a walking tour of the waterfront area, led by a guide from the Preservation Society. It is a great way to learn about a city. I found this one online. The tour lasted just under two hours. No reservations were required. We met at the entrance of the Saturday morning open air market, and the cost was only $5 each. Our guide was great. She was energetic and well informed. 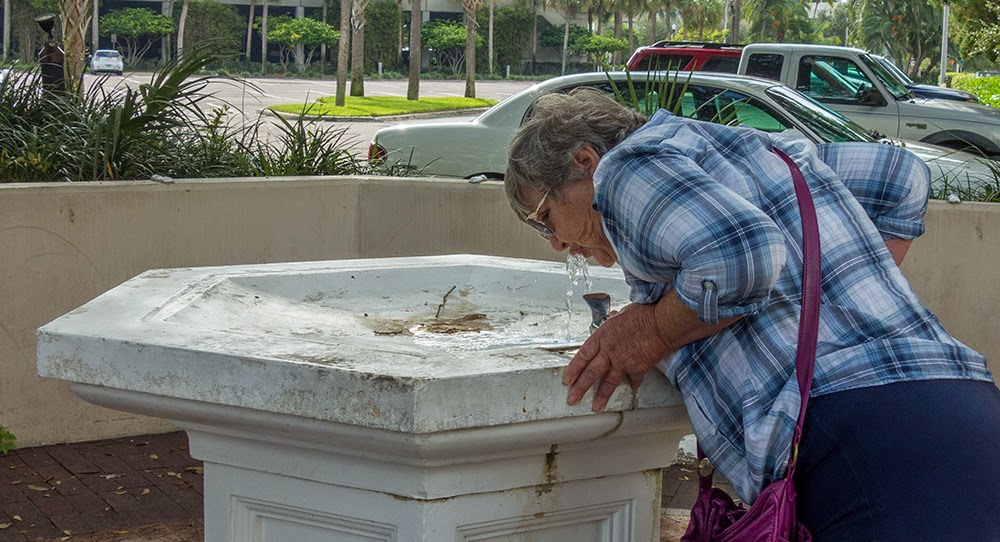 One of our stops was at the Fountain of Youth. Of course I had to get a drink. I could sure use a bit of help in that direction. The stuff must involve a time delay, because I don't feel any younger yet :-) This was one of the modern buildings we saw. It is an apartment building that opened in 2007, just as the most recent real estate crash was going on.  At the time the developer lost a huge amount of money. Now the apartments are rarely up for sale.

In the foreground is the old stadium that was used for the very first spring training for major league baseball teams.  It is now used for soccer, and it may be in line for destruction and redevelopment.

After a quick lunch at the Market, we walked over to the Dali Museum. During the week I had bought advance tickets for the opening day of the Picasso/Dali show.  I'm glad I did, because it got a bit crowded. In San Francisco, some of the special shows sell out for walk-ins.

Picasso was just a little older than Dali, and it was very interesting to see the influence of one on the other. Picasso's structural Cubism influenced Dali, and on the other hand the Surrealist movement affected Picasso's work. The show had their works that related to each other hung side by side and the audio tour explained them.

I really like audio tours. You can only read so much before it all becomes a blur.

Craig said the museum looked like a big concrete box that was being attacked by a shiny monster from beneath the Bay. 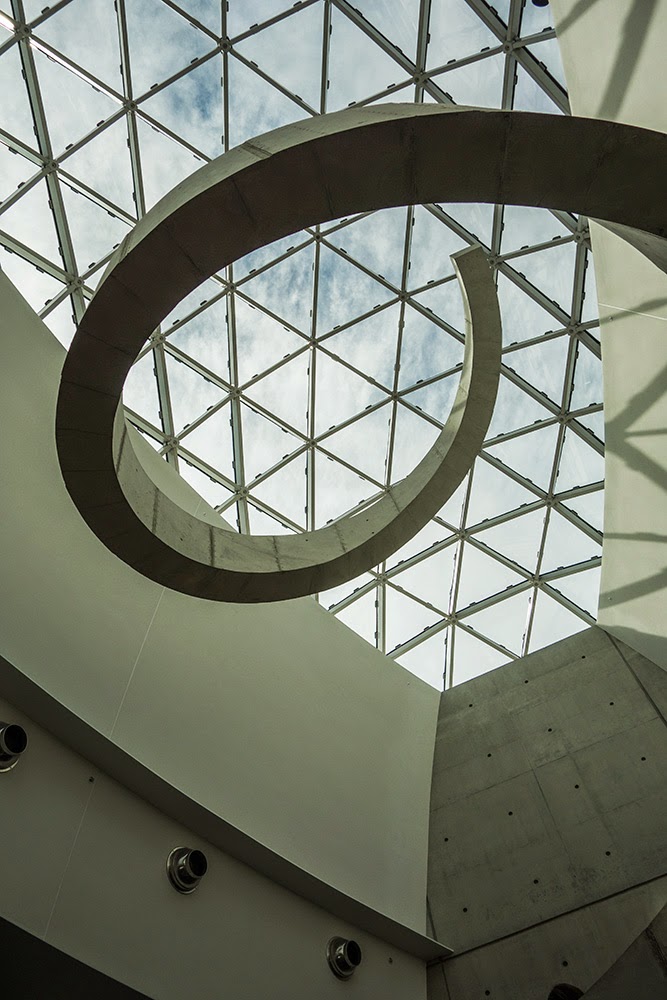 Like many art museums, the building itself was a visual treat. In the center was a three story staircase that ended with this feature far above. 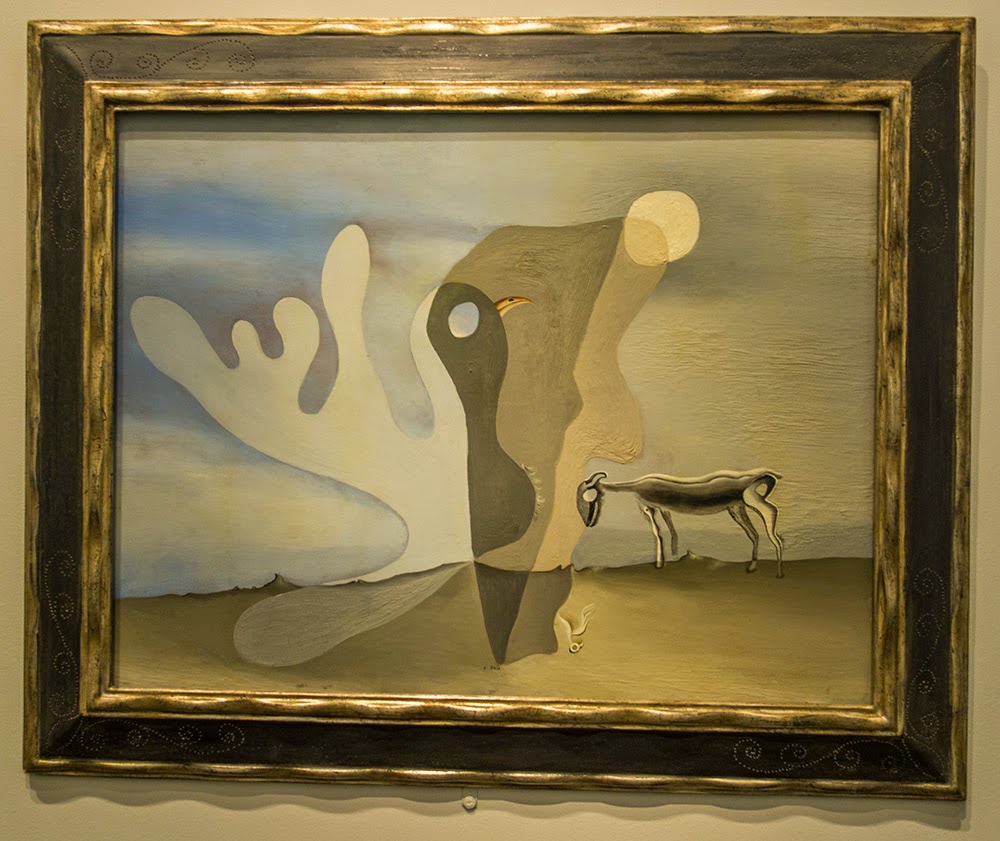 In the Picasso/Dali exhibit, no photos were allowed. This was taken in the Dali gallery and was one of our favorites. 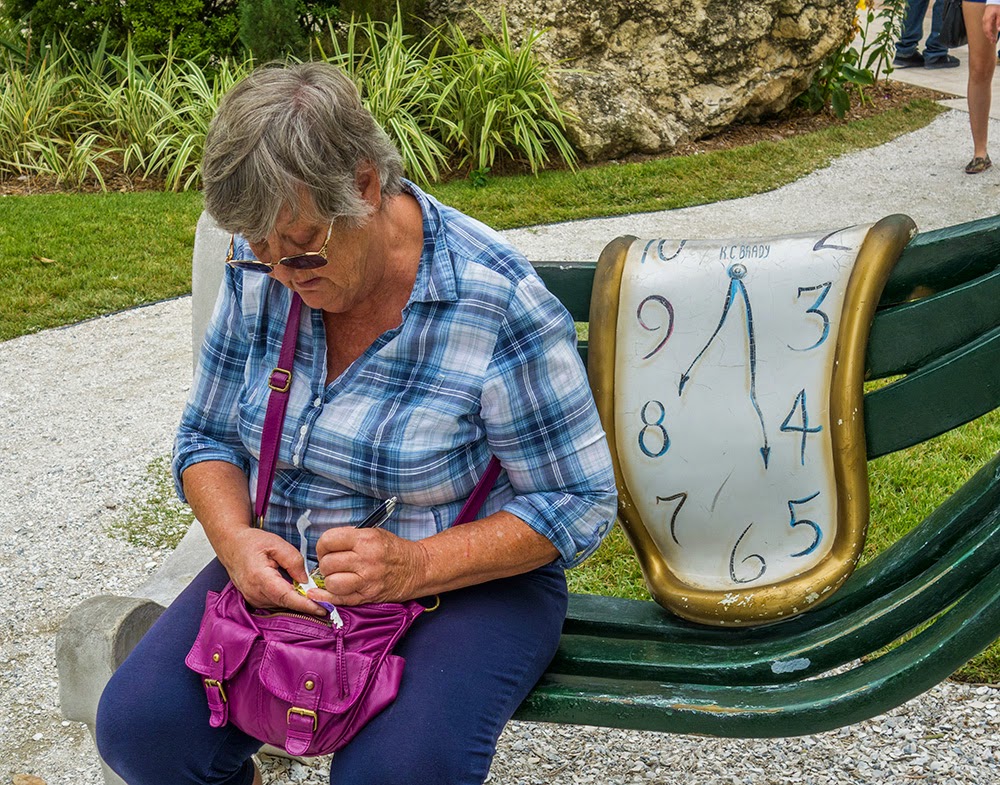 Several Dali "elements" were on the grounds of the museum.  One of the benches featured a melting clock. Dali used this image to "illustrate how useless, irrelevant, and arbitrary our normal concept of time is inside the dream state".

As we left the exhibit we were encouraged to write a wish on our wrist band and hang it on their Wish Tree. 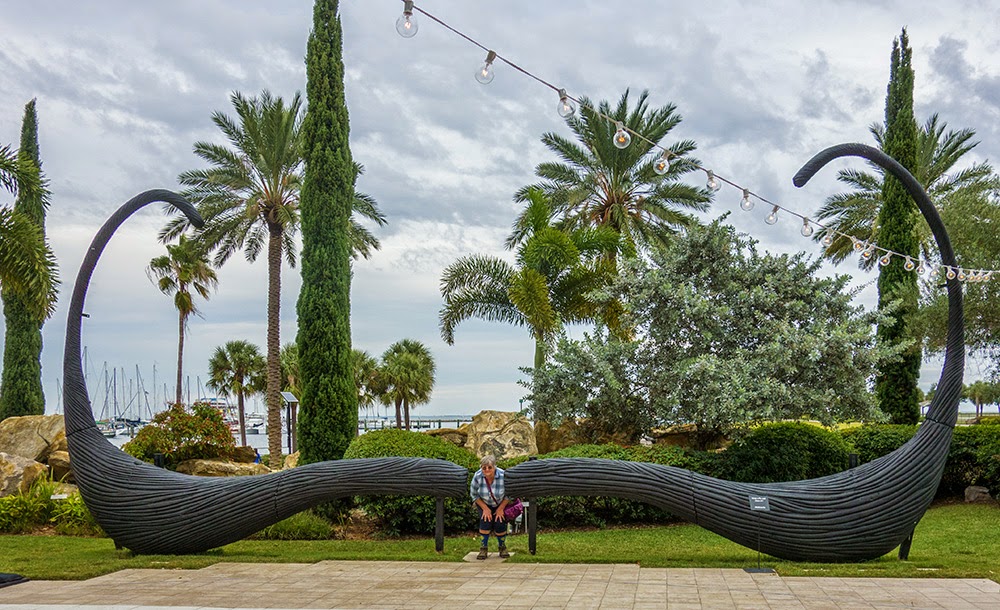 Also on the grounds was this very large sculpture of Dali's famous mustache. It was just fun.

When we walked through the Market first thing in the morning, we were very impressed. We agreed it was probably the best open air market we have seen since leaving California.  But we were bummed by the fact that we had all-day plans, and didn't want to put fresh produce in the car for the afternoon.  So we've decided to come back here next Saturday and stock up on great veggies.

Where have you found the best farmers markets?  I'd love to know about them ahead of time and put it on my list!