After a wonderful five weeks in the North Georgia Mountains we headed out, drove through Atlanta as mentioned in my previous post, and spent two nights in Warm Springs. We stopped there to see the facilities where FDR spent time relaxing and exercising in the warm therapy pools.  As a polio victim he was the prime mover in establishing a treatment facility there.

He also built a small home there that was called the Little White House. It has been preserved and is open to the public. 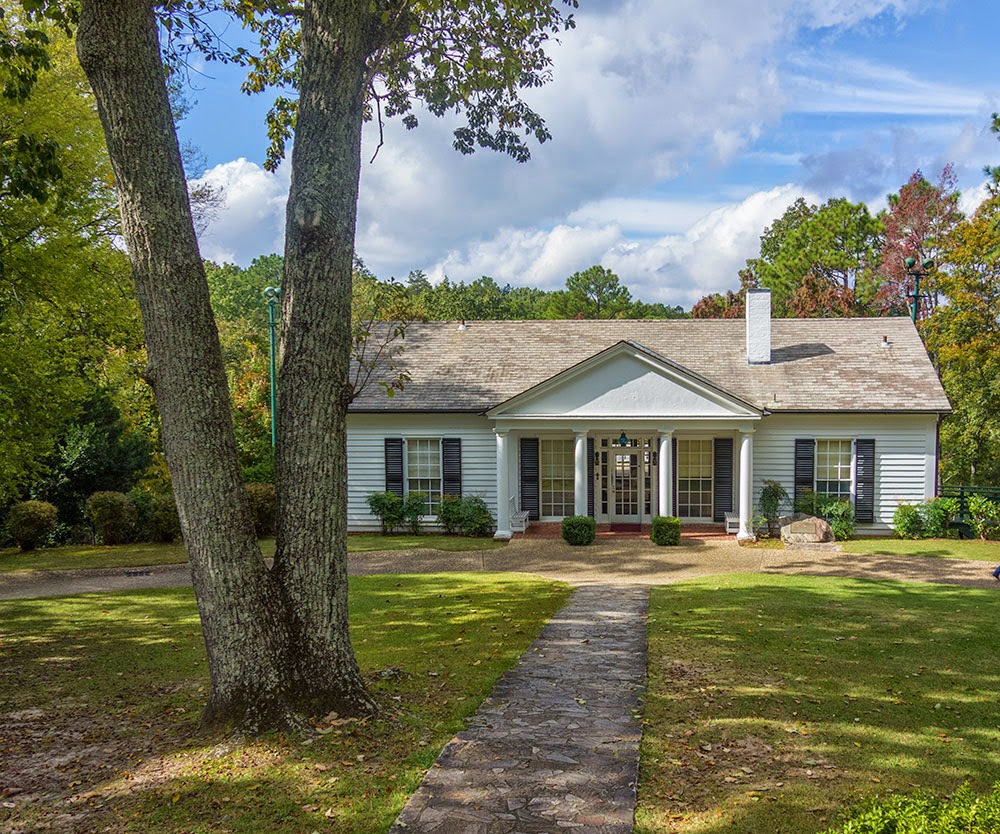 All of the items and furniture in the house are just as they were when he was there. 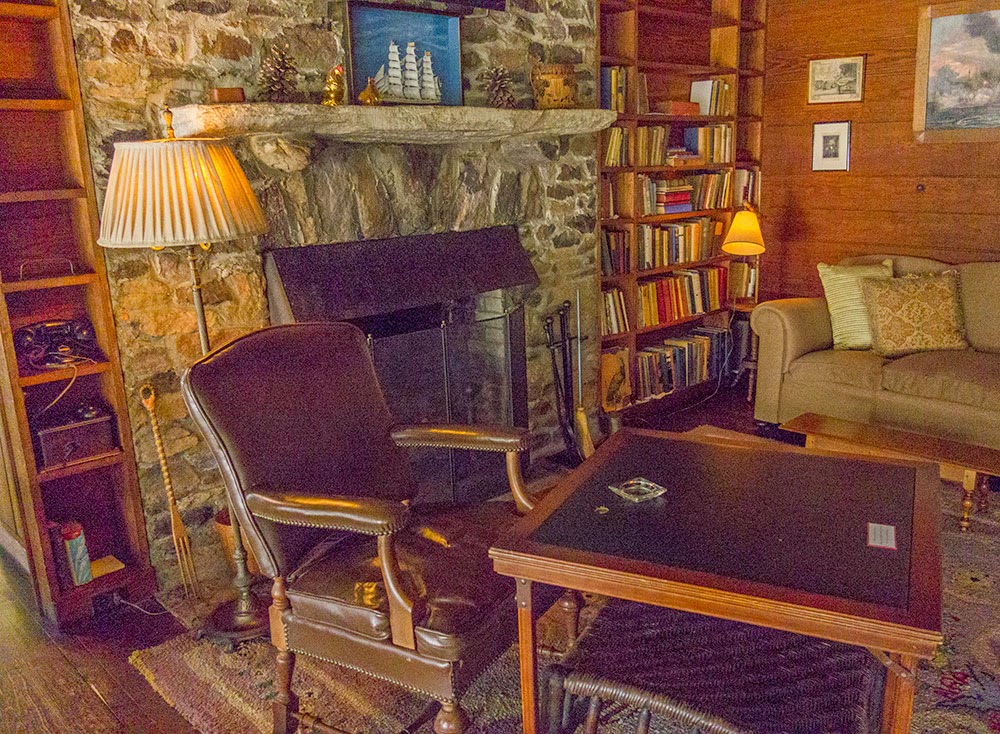 This is the chair he was sitting in when he had the stroke that killed him.

We had watched the PBS series about the Roosevelts and enjoyed this look at the place and the things that meant so much to a great president.  We could use another great Democrat like him.

On Thursday we finally made it to Florida! Our first stop has been in Tavares at the home of our old friends Linda and Karl.

For my California mountain friends:  Linda is as pretty and energetic as always. She is still a prolific artist and is constantly creating new things.

On Friday night we went to a costume street show.

Now here's the challenge:  What is Craig dressed as?

Hint, he has snow flakes stitched to his T-shirt.