It has been an odd week. Although we were very glad we were not in the Northeast and didn't have to deal with the lake effect snow, we did have intermittent rain and overcast skies.

The highlight of our week was a Skype visit with our son Gil who is teaching English in Myanmar (Burma.) It was good to see and hear him. He is looking good and doing fine.

Craig went to a Miami dentist for the same tooth he has seen dentists for in California, Mexico, and Georgia. The Miami dentist is highly rated on the internet, we liked him, and he thinks he can actually do something for the tooth. We all want to save it because it supports the end of a bridge, but he is very tired of having an on and off again toothache. The dentist put him on antibiotics and we will drive up from the Keys next week for a possible re-root-canal.

Urban traffic has never bothered me very much. I've gotten lost many times in cities such as Los Angeles, San Jose, San Francisco, and have been in long freeway traffic jams in all of them.  Miami-Ft. Lauderdale has to have the worse traffic I have ever experienced. It is so bad that I passed on driving into Miami to go to the Aquarium or any other attractions. The drivers seem overly rude, and dart in and out of their lanes like hummingbirds.

We did go to the beach on Tuesday afternoon. It had rained in the morning, but cleared a bit later. Craig said he liked this picture of me because I looked happy. I was. The ocean air was very soothing. 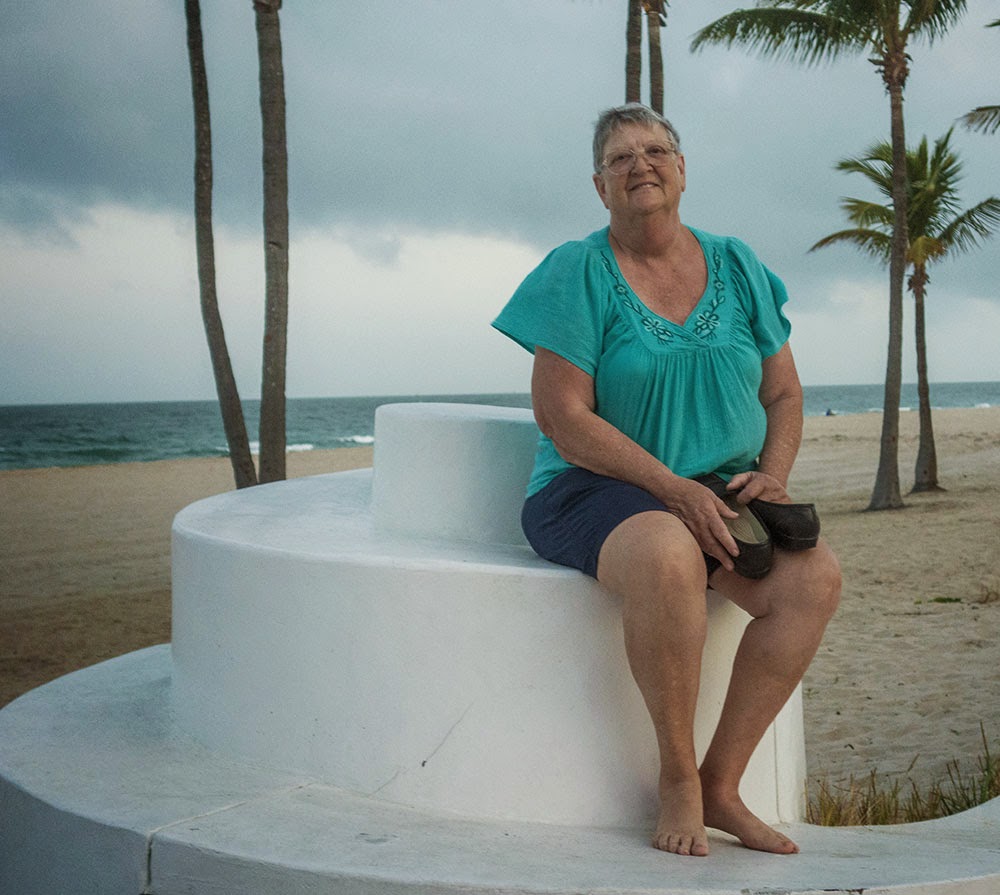 We went for a walk down the beach. The water was surprisingly warm. I am used to the cold Pacific waters. Craig said it was warm because of the Gulf Stream.

Next time we go to a beach we will be in the Keys, and I will wear my swim suit. When we first arrived at this beach I was surprised that no one was in the water. 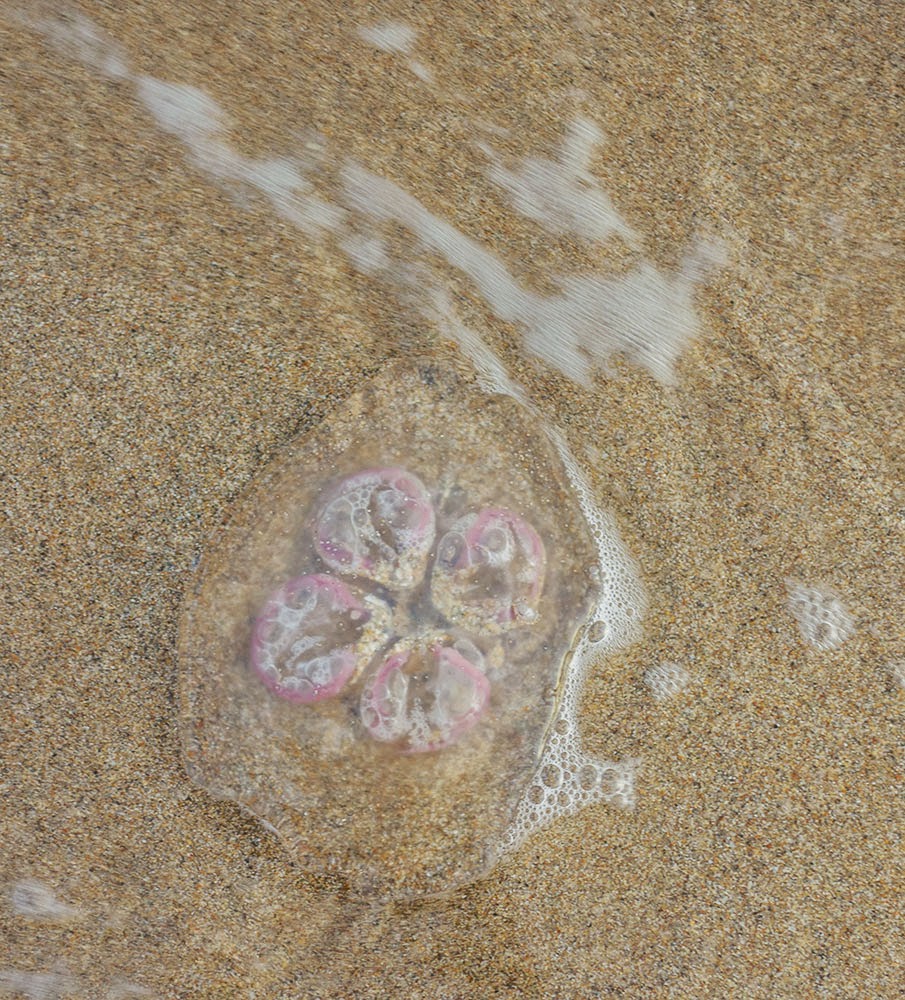 Then, as we walked along we spotted many of these guys washed up along the edge of the surf. Jelly fish. A good reason to stay out of the water. They can sting.

Even though we were on an East Coast beach, there was a bit of a sunset glow. Hey, any sunset with palm trees in it is a good one.

Happy Thanksgiving everyone. We are actually going to make a small turkey.  Not very many sides, but a turkey none the less.