Several people told us we should go to see Fort Desoto. The drive over and back was fantastic. The Skyway Bridge is beautiful, and the day was sunny in the high 60s.

We started our visit with a nice two mile walk on the beach. The sand was very firm which made for a good walk, and we enjoyed looking for a few great shells among many broken pieces. 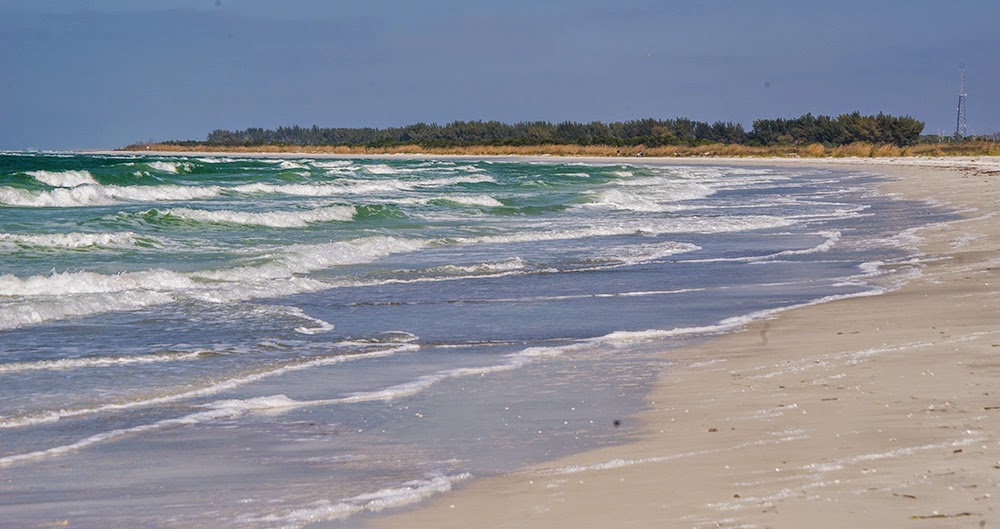 It's always fun to watch the water birds who make a living in the surf. 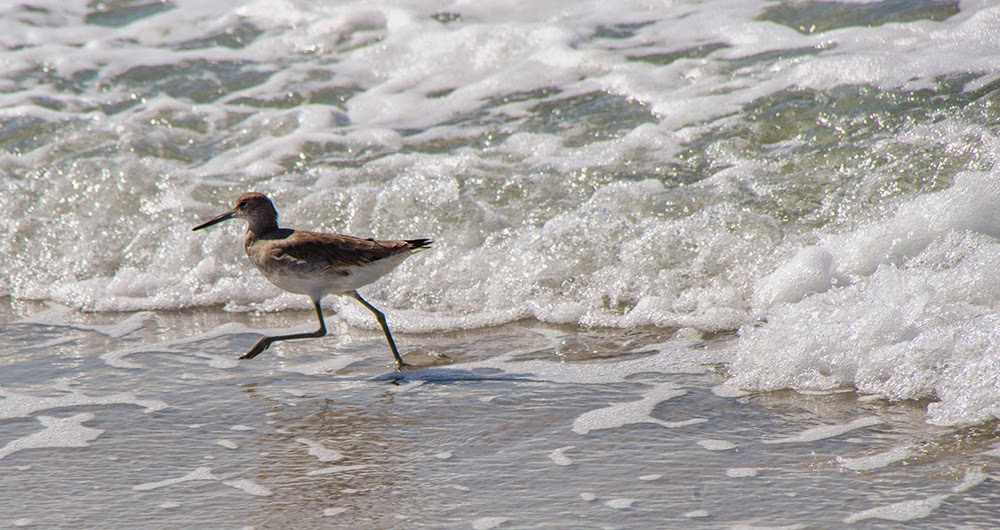 I was fascinated by the way these plants that sent out runners on the sand. It reminded me of stitching on a quilt, or a baseball. 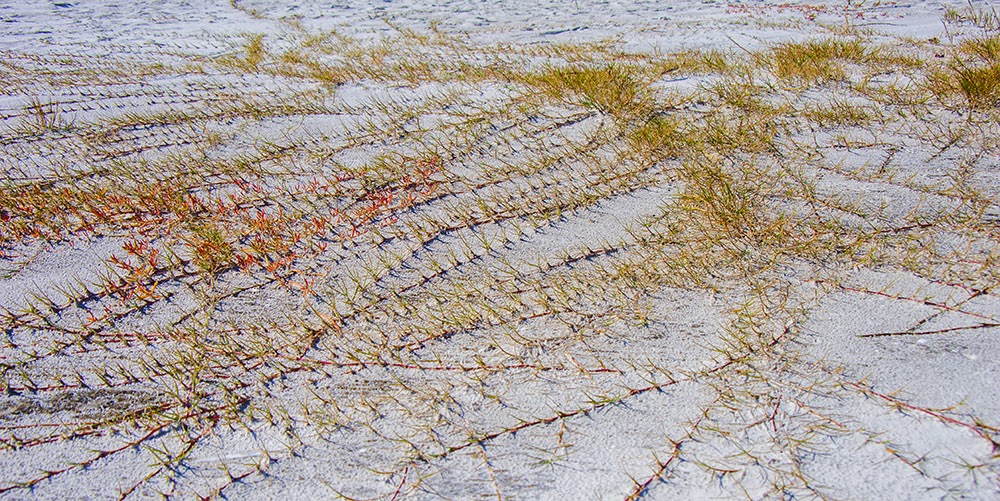 It was a windy day and in addition to the rough water out on the bay, there was some good wave action against the rocks.  Craig shoots pictures involving splashing water at 1/2000th of a second. 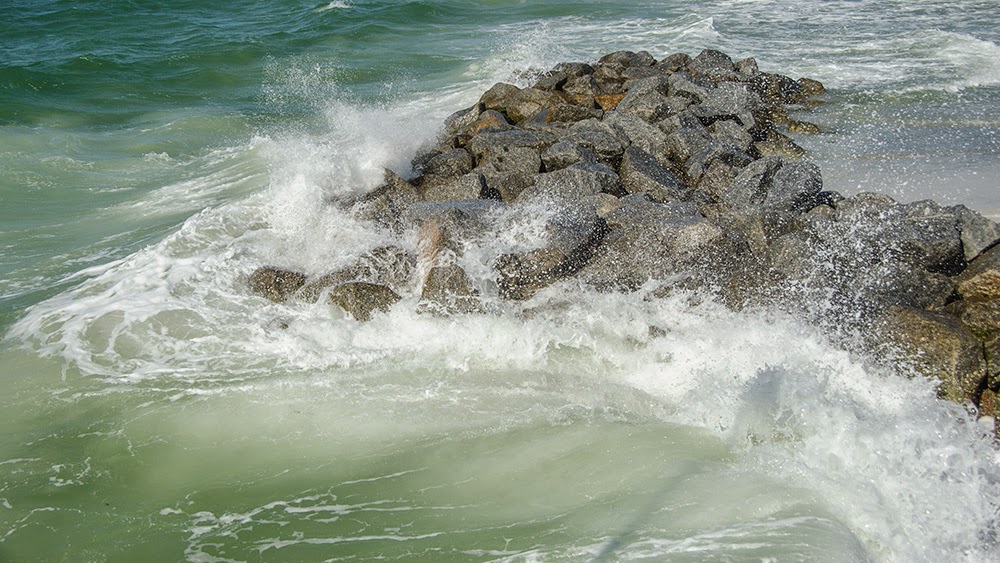 After our walk on the beach, we had a small picnic lunch and then explored parts of the old fort.  This was underground storage for artillery ammunition. 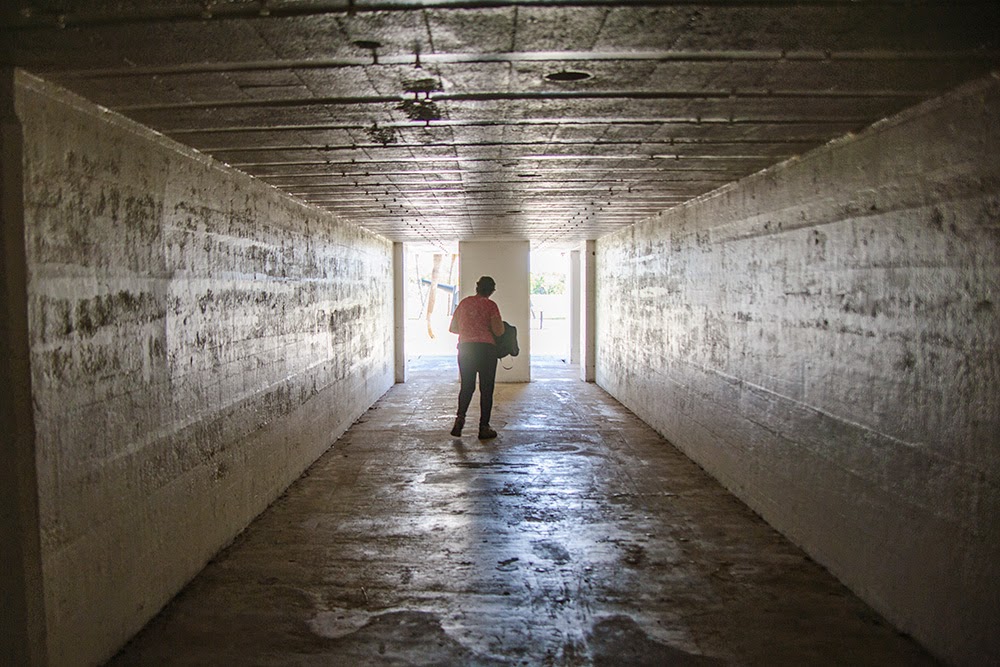 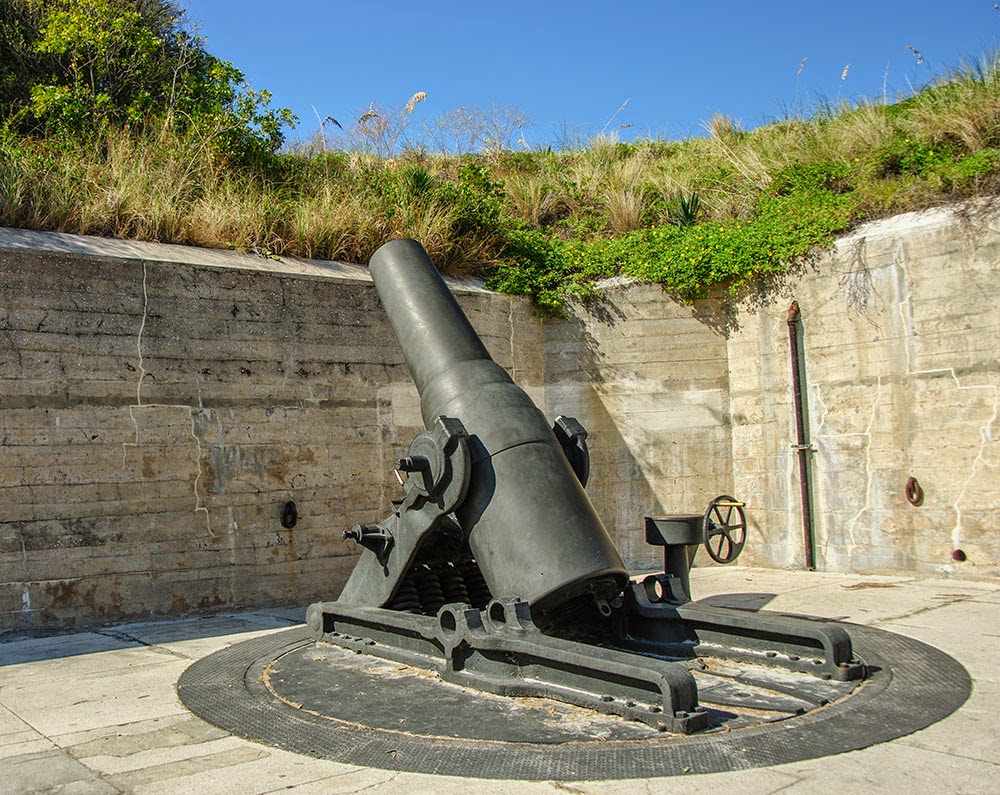 This gun may be one of the largest mortars ever made.  By firing up over the wall behind it, this gun and its many siblings could cover the entire entrance to Tampa Bay, during the Spanish American War.  Fortunately, the Spanish knew they were overmatched, and never tried invading.


This big gun was made in England and was called rapid-fire, though we never saw a figure for firing rate.  Here Merikay prepares to vault into the firing nest :-) 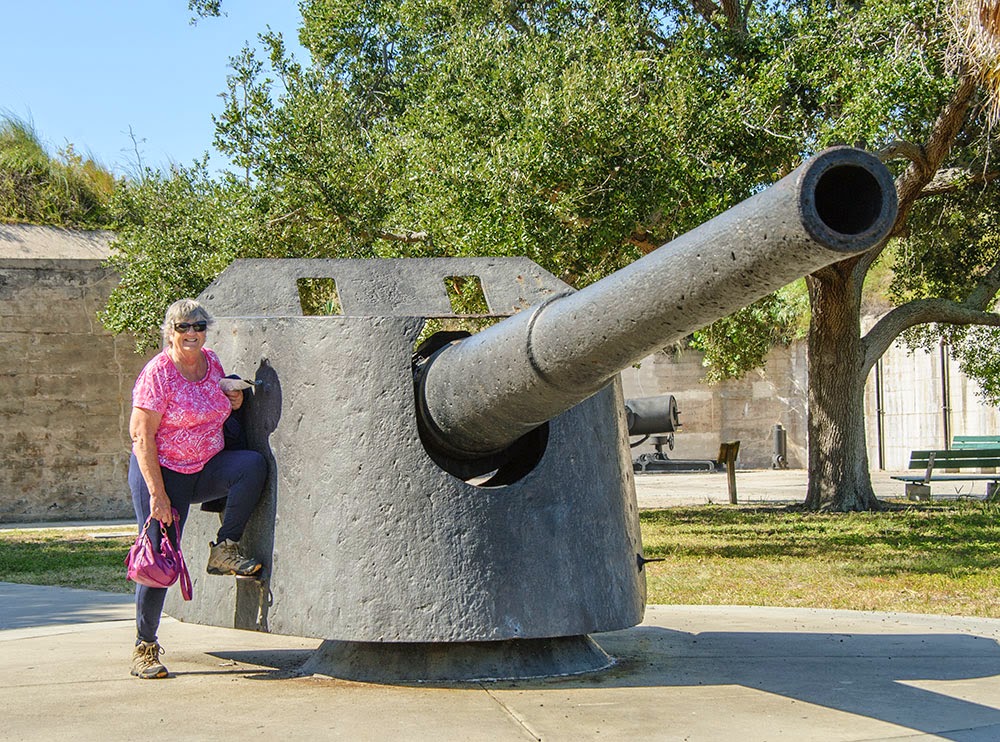 Then we took a walk out onto a pier were a few people were fishing. 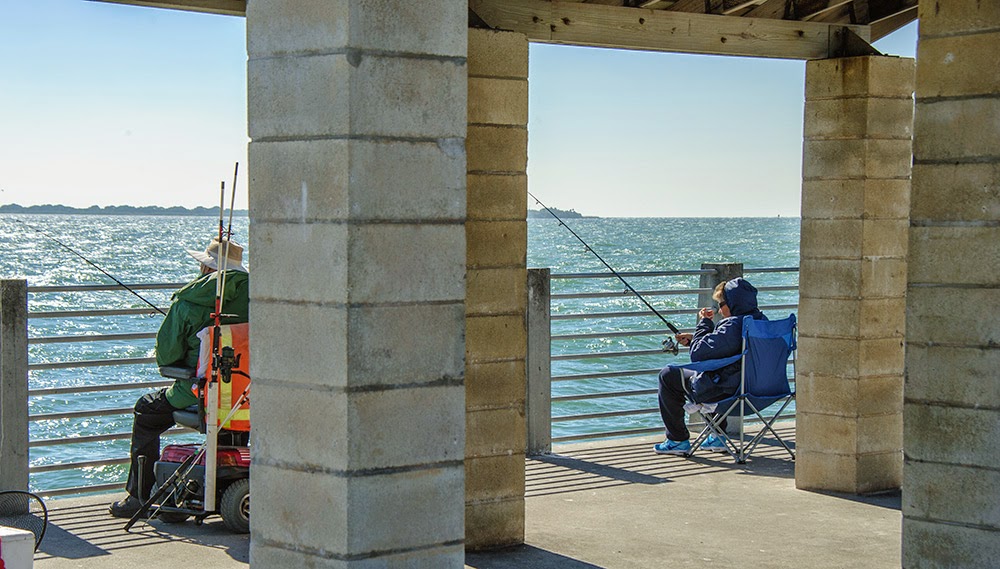 This young man seemed to be embracing the sky.  Such joy! 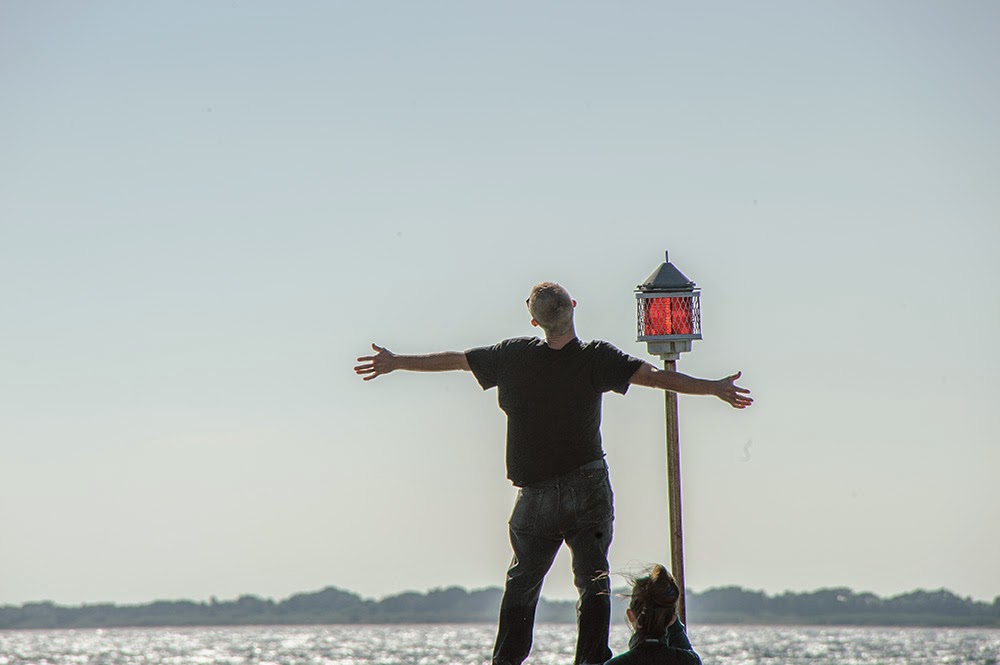 So, why do I say this day was a dud? The fort would be a great place for a Spanish-American War enthusiast, but we found it a bit of a bore. I guess we're getting spoiled! Sunshine and a fresh ocean breeze is not enough for us.